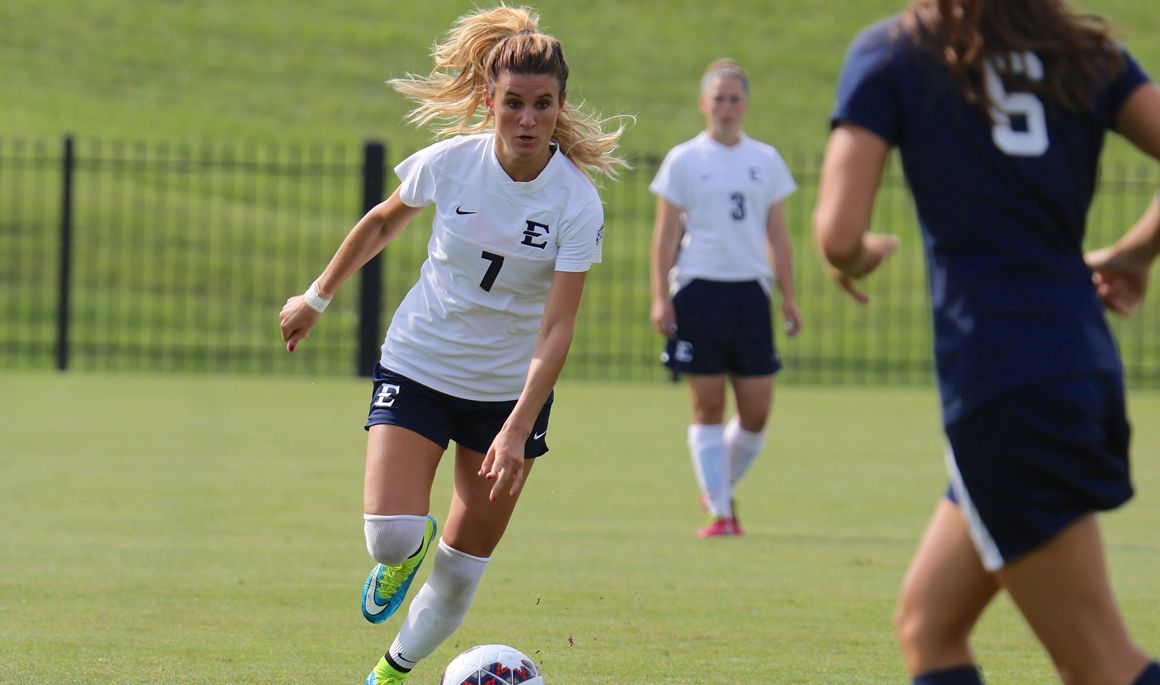 Women’s Soccer starts the regular season on Friday at USC Upstate, followed by at Radford on Monday.

Scouting the Bucs
The Bucs return 11 including six starters from the 2014 squad that recorded a program best 15 wins and made their first ever trip to the SoCon tournament semifinals. ETSU went 2-0 during exhibition play defeating Coastal Carolina, 2-1 and UT-Martin, 3-2.

A Historic 2014
In 2014, the Buccaneers had one of the best statistical seasons in program history going 15-6 overall and 6-3 inside conference play. ETSU raced out to an 8-2 start which was tied for the best start in program history and set a program record with six straight victories to start the season. Under the direction of head coach Adam Sayers, the Bucs’ advanced to the SoCon Tournament semifinals for the first time in school history.

Scouting the Spartans
USC Upstate return 20 letterwinners including 10 starters from a team a season ago that went 3-13-1. A key returner for the Spartans is senior Kenzie Major who led the team in goals (7), shots on goals (27) and points (15). USC Upstate fell to Campbell and Winthrop both by a final score of 3-0 in two exhibition matches.

Last time vs. USC Upstate
The two teams met just last year where the nation’s leading scorer Hannah Short recorded a hat trick in ETSU’s commanding, 5-0 victory. Zadrazil dished out two assists in the contest while Collinson, Kristi Davis, Emilee Englehaupt and Roversi each recorded a point on the night.

Scouting the Highlanders
The Radford Highlanders go into Monday’s contest against ETSU coming off their home opener against Howard. Radford is led by senior defenseman Jordan Lundin who led the team last season with eight assist and was second on the team in goals (3) and points (14).

Last time vs. Radford
Last season, ETSU slaved off a second-half Radford rally to earn the season-opening 3-2 victory. The Bucs jumped out to an early 2-0 lead with goals from Simona Koren and Short. The Highlanders inched closer right at the beginning of the second half but another ETSU goal in the 63rd minute quickly stopped the Radford comeback trail.