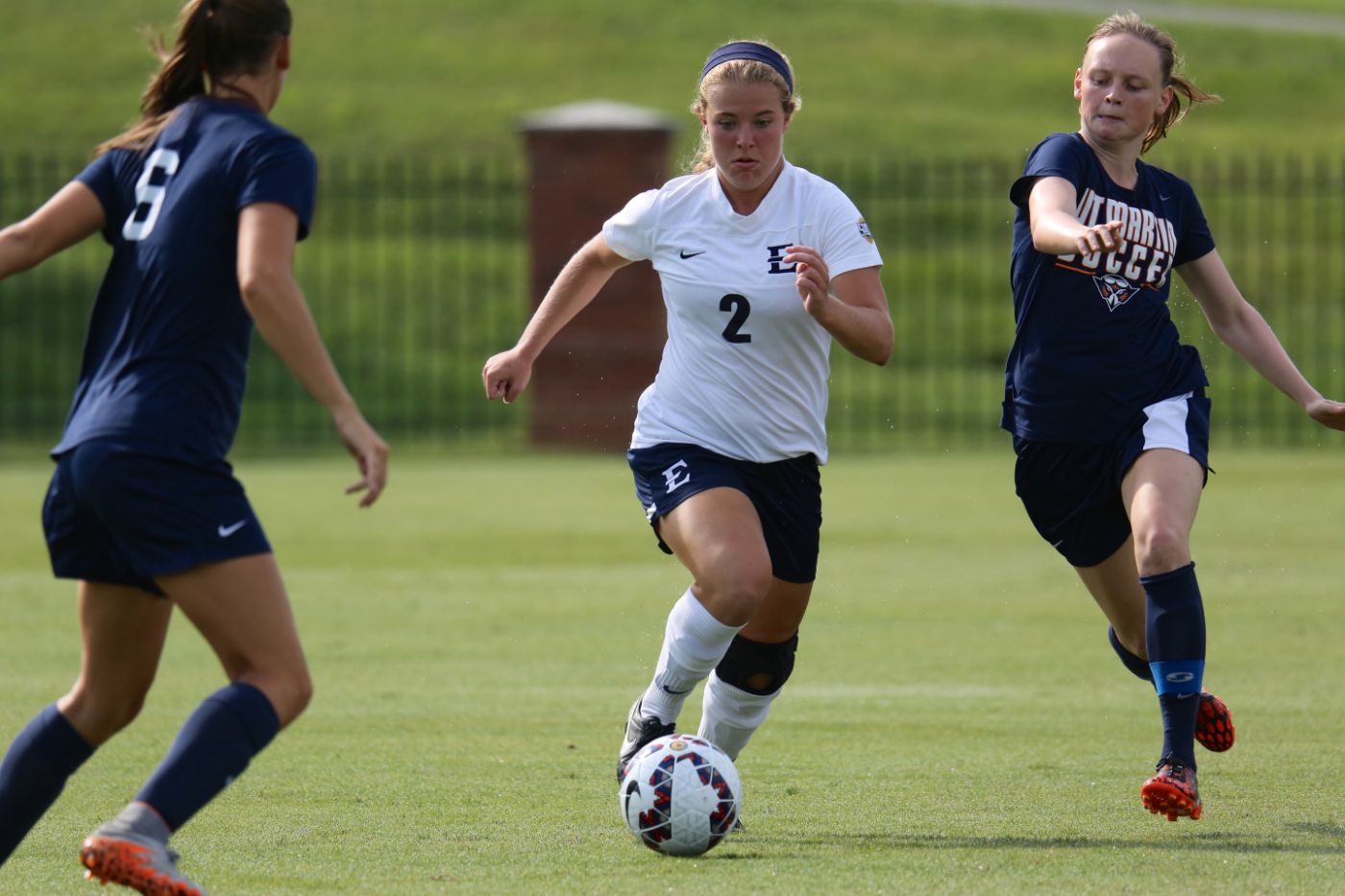 SPARTANBURG, S.C. (August 21, 2015) – ETSU women’s soccer headed to Spartanburg, S.C. for their first regular season game against USC Upstate and came away with a dominating 2-0 victory over the Spartans on Friday night.

The Bucs struck early as senior Sarah Zadrazil (St. Gilgen, Austria) earned her first goal of the season weaving through the USC Upstate defense to give ETSU the 1-0 lead.   Just six minutes later, the Blue & Gold was back at it with preseason All-SoCon junior Molly Collinson (Cramlington, England) earning her first goal. Zadrazil grabbed the assist on the Collinson goal.

It was a first half dominated by ETSU as they outshot USC Upstate 15-0 with seven of those shots on goal. Five different players had multiple shots with Collinson leading the way with four.

It was the sixth career shutout for junior goalkeeper Jasmine Elliott (Preston, England) as she moved into second place in ETSU history for career shutouts. With the win, Elliott is now tied with Megan Masch for the most wins in program history (15).

Zadrazil made her presence felt earning two points on the night, recording one goal and one assist. She now has 21 goals in her career, moving her into third place on the all-time goals list in ETSU history. However, Zadrazil did make some history as she is now the career leader in shots attempted (155) and shots on goal (77).

The Bucs will be back in action on Monday Aug. 24 at 7 p.m. as they travel to take on the Highlanders of Radford University.