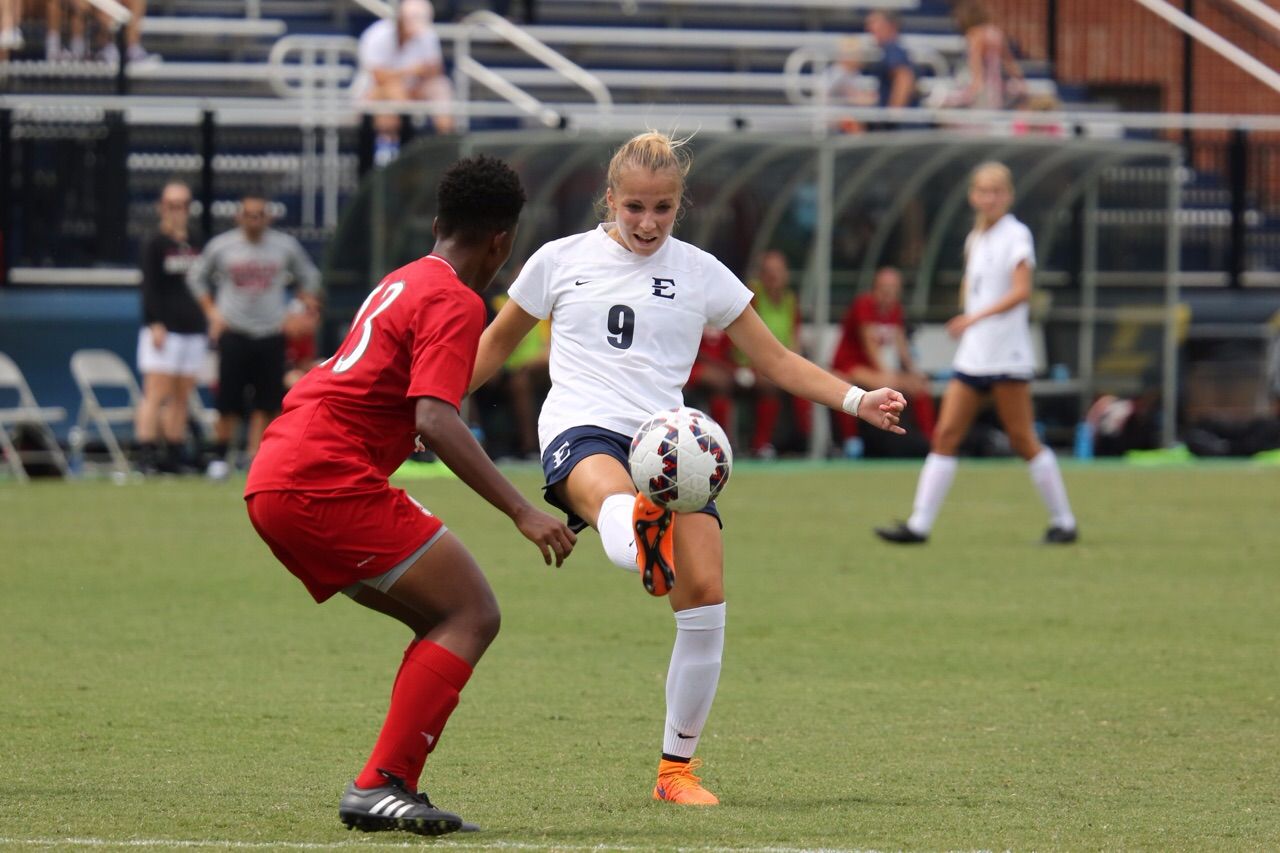 For the first time this season the Bucs gave up a goal in the first half as redshirt sophomore Jackie Stengel gave the Wolfpack an early lead scoring her second goal of the season. Stengel cruised by the Buc defense and lined up a shot that went just past the fingertips of junior goalkeeper Jasmine Elliot (Preston, England) to give NC State the 1-0 lead.

"Very proud of the girls today. We played very well throughout, controlled possession, and produced several good chances on the counter attack, that on another day may have gone in," said head coach Adam Sayers. "NC State was well organized and flexible in their shape, and dangerous going forward, but we defended excellently."

Both teams came out on the attack in the first half with both recording five shots a piece. The best chance for ETSU came from junior Molly Collinson (Cramlington, England) who had a wide open shot on the left side but NC State goalkeeper Sydney Wootten dove to her left to make the save.

In the second half, it wouldn't take long for NC State to get on the board as freshman Maxine Blackwood netted her first goal of the season. Blackwood who had an assist on the first goal, intercepted a pass and capitalized on the one-on-one opportunity to give the Wolfpack a 2-0 lead.

After the goal, ETSU was on the attack controlling the ball for the last 25 mintues of the half. Freshman Emily McKerlie (Dumfries, Scotland) had her chance to get the Bucs on the board after a NC State foul gave ETSU a free kick within the box. McKerlie bended it around the defenders and looked for the top right part of the goal but it was not meant to be as it was deflected out of play by Wootten.

"Our positioning was very good, we were hard to break down, and were unlucky to concede in the way we did. But we continued to play well afterwards, which was very pleasing," said Sayers. "We were again unlucky to concede that early in the second half, but the way we responded was excellent. It’s always frustrating to lose, but I couldn’t be happier with the girls today. They did exactly what we asked, played very well throughout, and deserved something from the game."

ETSU dominated in the second half outshooting the Wolfpack, 8-4. Overall, the Blue & Gold outshot NC State, 13-9. It's the third time this season ETSU has outshot their opponent. Collinson once again led the Bucs in shots with four and one on goal.

The loss drops ETSU to 3-1-0 on the season and will look to rebound on Wednesday, Sept. 2 at 7 p.m. inside Summers-Taylor Stadium against Eastern Kentucky.