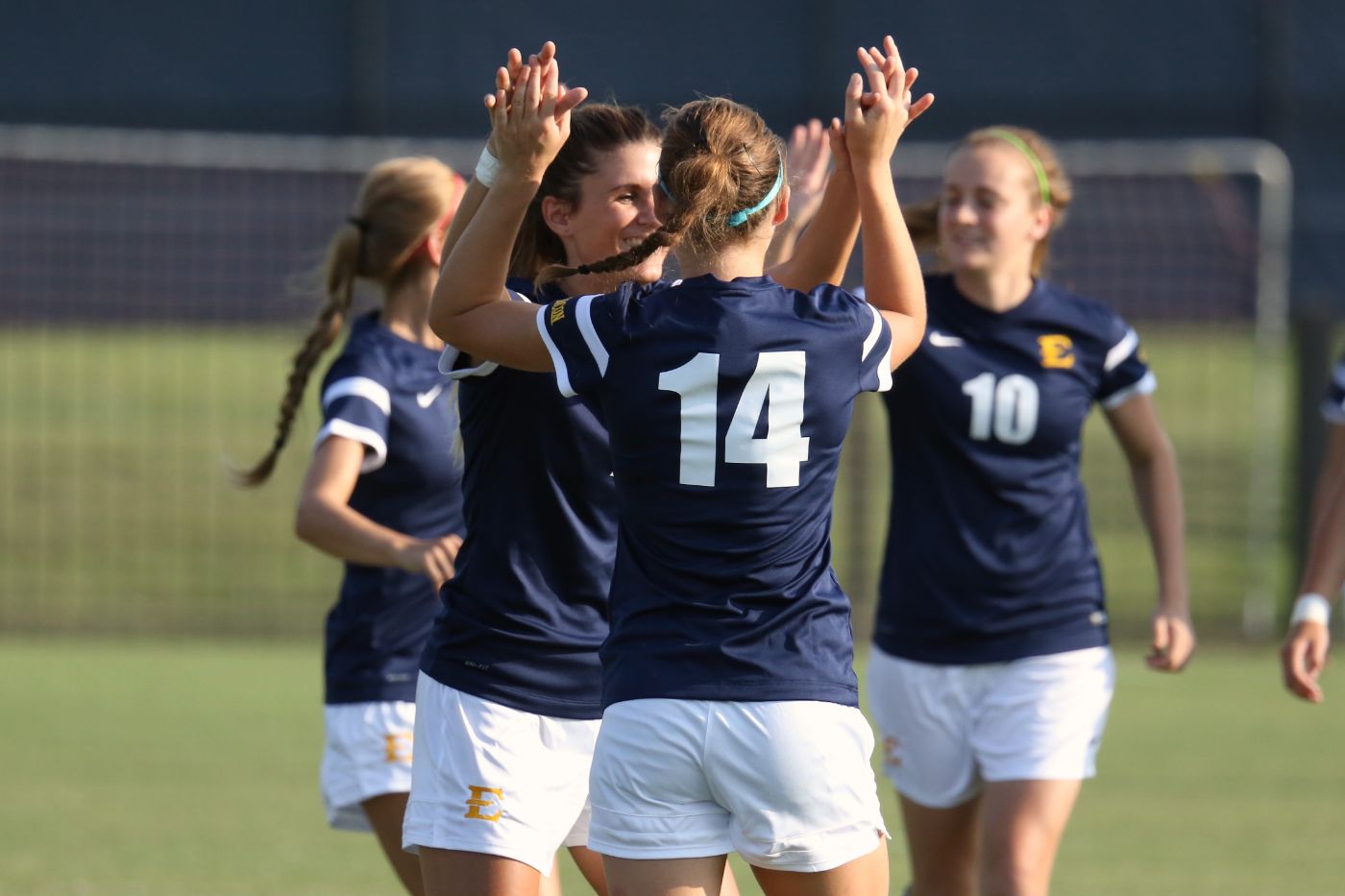 The Bucs scored the second fastest goal in program history when Junior Molly Collinson (Cramlington, England) recorded her second goal of the year just three minutes into the game.  After a nice touch pass from fellow junior Thomai Vardali (Koufalia, Greece) Collinson was wide open in front of the net and struck the ball to the right of the goalkeeper that softly rolled into the back left corner.

Luck was on the side of ETSU in the first half as the Colonels seemed to have tied the game with seven minutes left in the first half but the refs called an offiside on EKU that negated the goal. The Blue & Gold struck before the end of the half as junior Paola Roversi scored her second goal of the season to give ETSU a 2-0 lead going into halftime.

In the first half, the Buccaneers were dominant offensively outshooting EKU 17-4 and having the edge in shots on goal, 5-1. Collinson and freshman Irnia Brutsch (Zurich, Switzerland) led the team with four shots a piece. Its the third time this season ETSU has taken a lead into halftime.

The offensive attack kept its momentum in the second half as Collinson recorded her second goal of the night while sliding to the ground to extend the ETSU lead. Coming off the bench six minutes into the second half senior Alex Passingham (Leicestershire, England) netted her first goal of the season rocketing a shot past the EKU goalkeeper after assists from freshman Rachel Harbin (Arlington, Tenn.) and senior Sarah Zadrazil (St. Gilgen, Austria) to widen the lead to 4-0.

Eastern Kentucky sophomore Logan Harvey seemed to put it upon herself to bring the Colonels back in the last 15 minutes of thesecond half, scoring two goals within four minutes but her efforts were not enough ETSU secured the 4-2 victory.

ETSU recorded a season-high 30 shots with 10 being on goal compared to EKU's 11 shots and four on goal. Junior goalkeeper Jasmine Elliott earned her fourth win of the season playing all of the first half and making just one save. Elliot was releived in the second half by freshman Lea Ann Cutshall (Johnson City, Tenn.)  who also made one save.

On Sunday, Sept. 6, the Bucs will play in their fourth straight home game as they go up against the Navy Midshipmen from the Patriot League. Match is set for 1 p.m. at Summers-Taylor Stadium.