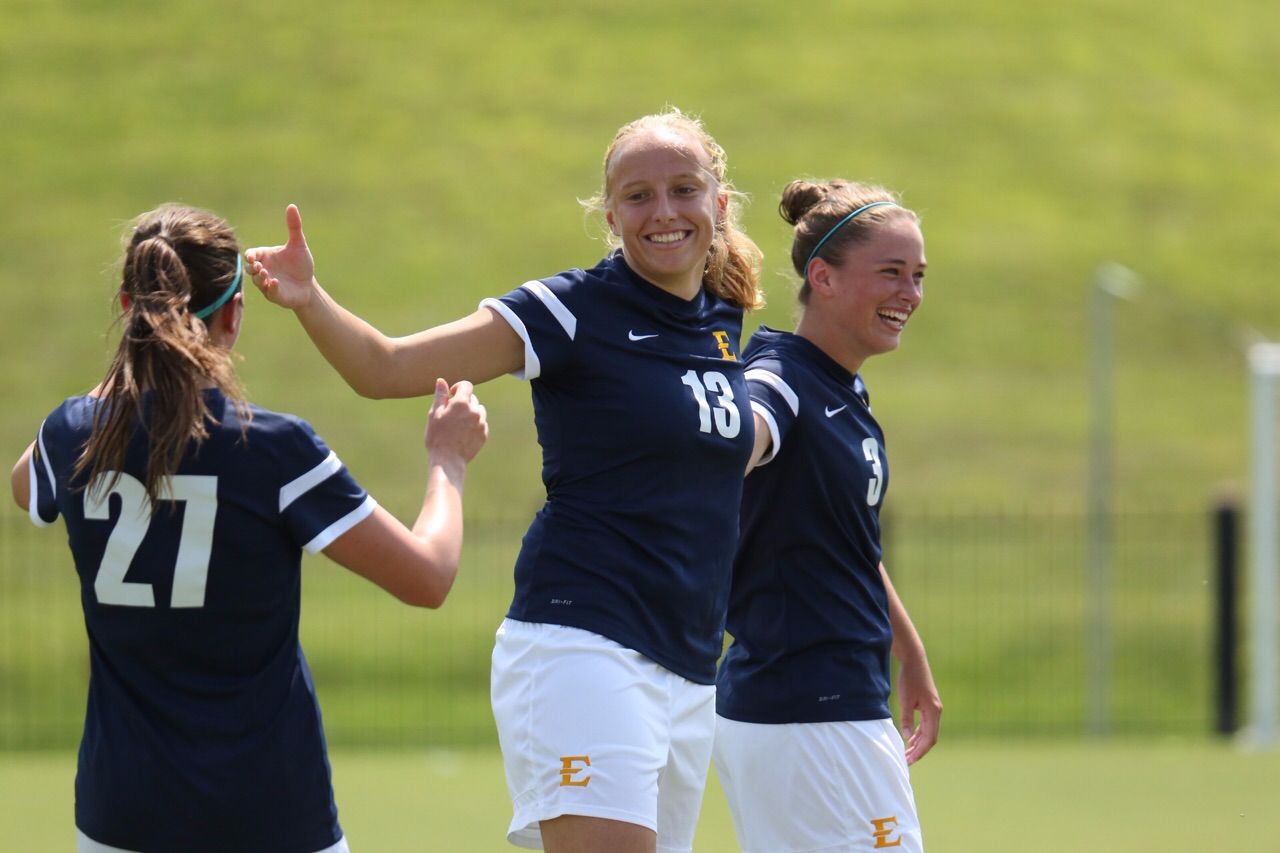 JOHNSON CITY, Tenn. (Sept. 6, 2015) - In the first meeting in program history between the two teams, the ETSU women's soccer team was defeated by Navy, 6-1 on Sunday afternoon at Summers-Taylor Stadium.

The Midshipmen got on the board first, 12 minutes into the first half when Ash Fairow netted her first goal of the season with the assist from Megan Rogers.

The Bucs responded quickly as a foul by Navy gave ETSU a free kick on the right side of the box and in perfect position to score. That is exactly what freshman Irina Brutsch (Zurich, Switzerland) did as she rocketed the ball that weaved past the Navy defense into the left side of the net to tie the game up at 1-1. It was Brutsch's second goal on the year.

With seven minutes reamining Navy regained the lead off the foot of Anabell Motley who chipped it up and over junior goalkeeper Jasmine Elliot (Preston, England) extending the Navy lead. The Midshipmen were at it again a couple minutes later as Natalie Dzhandzhapanya dished a nice back pass to Courtney Mason who blasted a shot into the top right corner of the net, giving Navy the 3-1 edge at halftime.

Navy kept up the attack and the pressure in the second half, limiting the Bucs to just seven shots and none on goal. Senior Sarah Zadrazil (St. Gilgen, Austria) had the best chance for the Blue & Gold in the 55th minute after a shot bounced off the crossbar and out of play.

It was all Midshipmen in the second half, scoring three goals on seven shots to earn the 6-1 victory, their third of the season. The Bucs drop their second home contest of the season as they were outshot 17-13 while Navy nearly doubled the Bucs in corner kicks 7-4. ETSU is now 0-2 in Sunday matches during the 2015 campaign.
ETSU hosts Marshall on Friday, Sept. 11 at 7 p.m. in their final home game of their five game homestand. It will be the first meeting between the two schools.