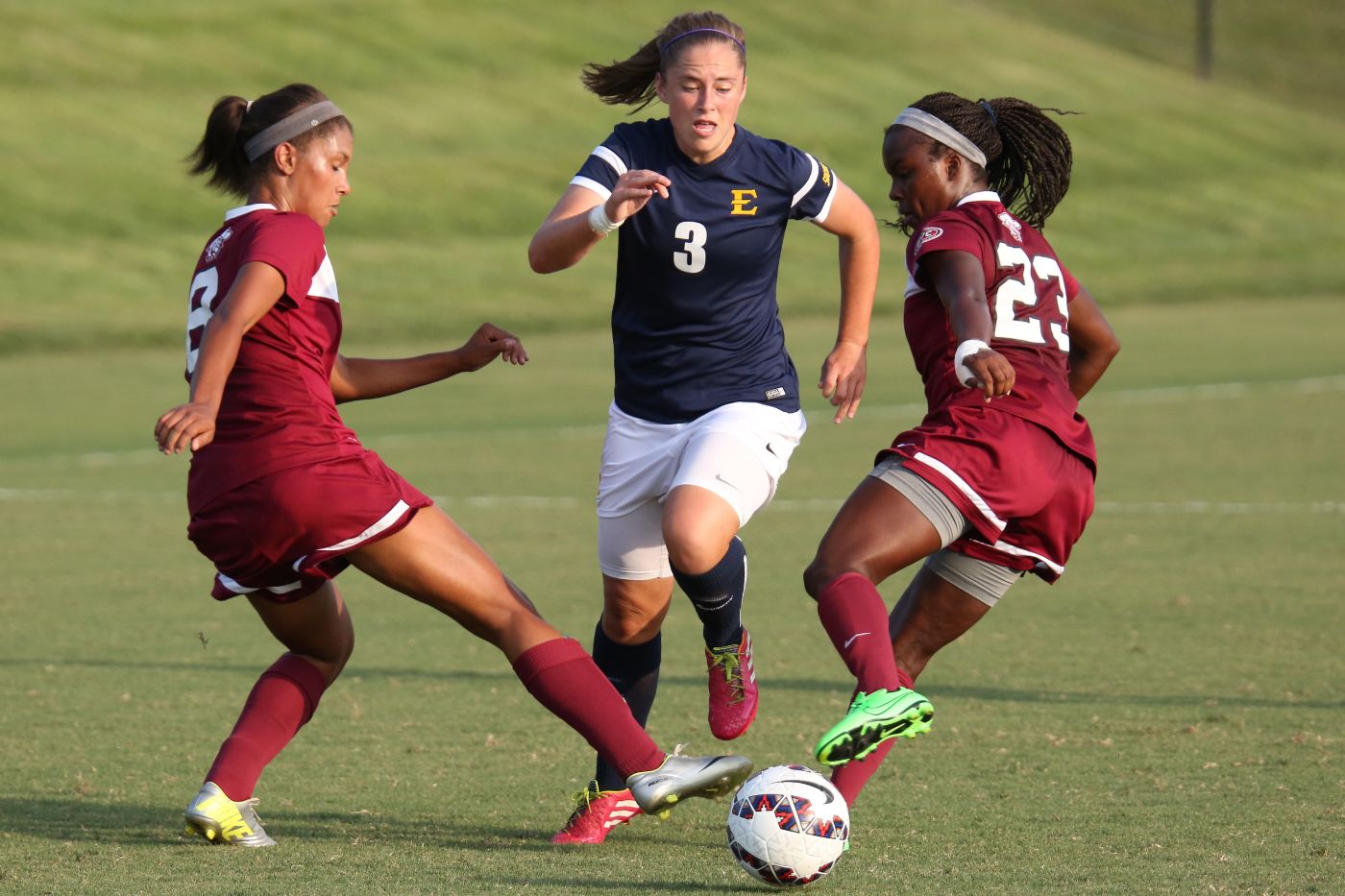 Scouting the Bucs
Coming in with an overall record of 4-2, the Bucs are looking to rebound from a 6-1 defeat against Navy on Sunday. On Friday, the ETSU offense dominated Eastern Kentucky en route to a 4-2 victory. In the victory against the Colonels, the Bucs compiled a season high in shots (30), shots on goal (10) and goals (4).

Let’s have a shots party
ETSU is the SoCon leader in shots with 106, well ahead of Samford in second with 82. Senior Sarah Zadrazil (St. Gilgen, Austria) and junior Molly Collinson (Cramlington, England) lead the team with 20 shots a piece.

Two is better than one
Friday’s 4-2 victory over Eastern Kentucky saw Collinson record her first career two-goal game. Collinson scored her first goal just 2:10 into the game, the second fastest goal in program history. She struck again in the second half to give ETSU at the time a 3-0 lead. Collinson led the team with five total shots.

ETSU vs. Conference USA
In eight games played against Conference USA opponents ETSU has compiled a 3-3-2 record. The last win against a C-USA opponent came on Sept.19, 1999 when the Bucs defeated Middle Tennessee State, 2-1.

Scouting the Winthrop Eagles
The Eagles have dropped their last two games  by a score of 2-0 to Charlotte and Georgia Southern en route to a 1-2-1 record. The Winthrop offensive attack has been led by freshman JoJo Taylor who has recorded two goals on nine shots through four games this season. The Eagles will hit the road on Friday Sept.11 to challenge South Carolina State before heading home on Tuesday to take on the Bucs.

Last time out vs. Winthrop
In 2013 junior Anna Yancey (Rosemark, Tenn.) who was then a freshman made her first collegiate start and blanked the Eagles, 2-0. It was Yancey’s first career shutout as she made four saves on 17 Winthrop shot attempts. Emilee Engelhaupt and Kristi Davis scored for the Bucs.