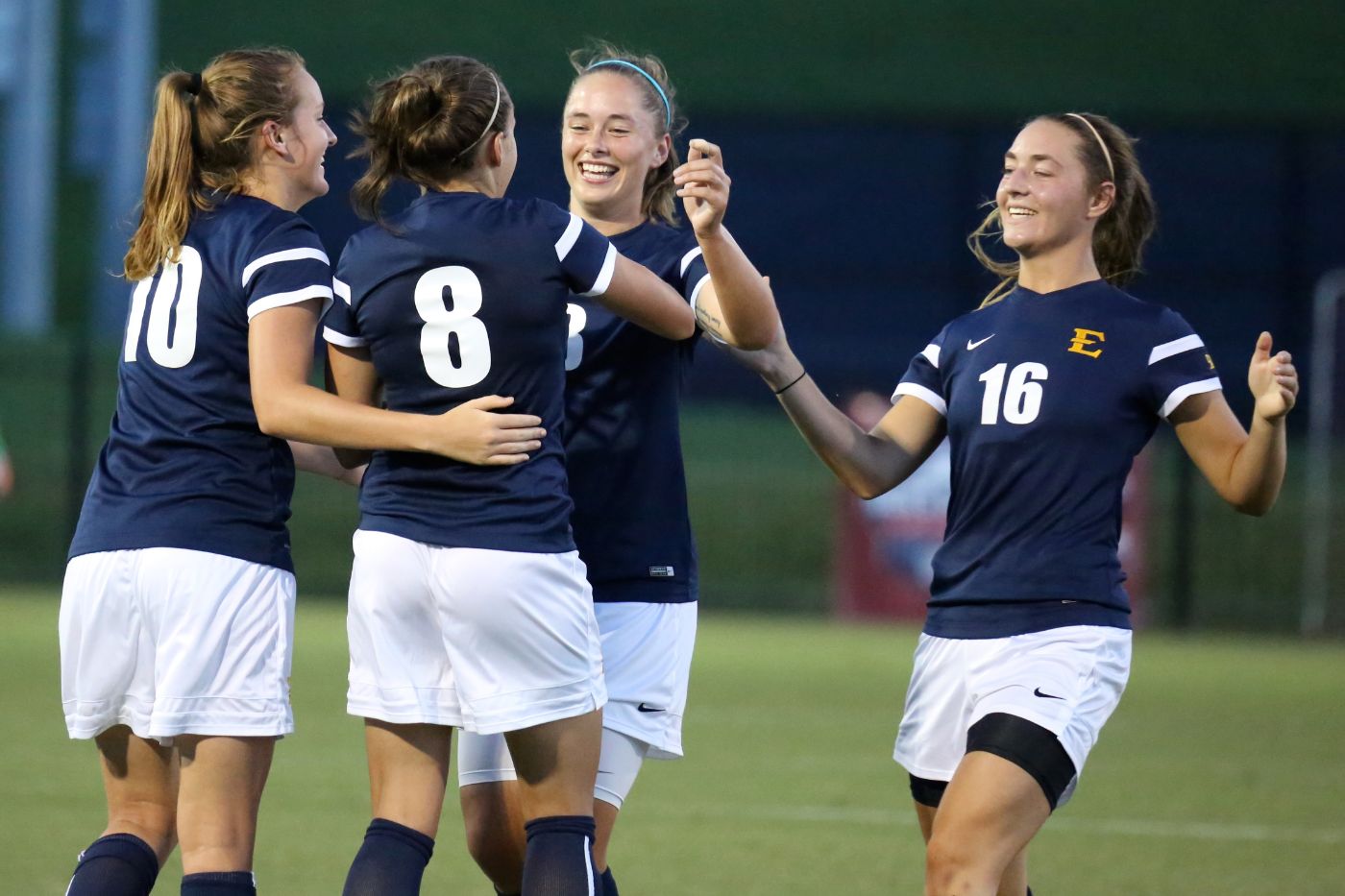 Koren scored her second goal of the season and first game-winner in the 87th minute.
Koren scores game-winner as Bucs soar past Winthrop, 2-1
ETSU at Winthrop | September 15, 2015
Related Links

Bucs are 3-0 on the road and against the Big South Conference this season.

After Winthrop tied the game, freshman Emily McKerlie (Dumfries, Scotland) placed a perfect corner kick that junior Molly Collinson (Cramlington, England) was able head straight into the air setting up Koren who rocketed the ball into the back of the net, earning the game-winner and giving ETSU the 2-1 victory. It’s the second straight game Koren has scored a goal.

“Very proud of every squad member today as everyone contributed to a great team win,” said head coach Adam Sayers. “We played some quality soccer, defended well and showed great character to get the winning goal so soon after conceding the equalizer.”

In the first half the Eagles kept the Bucs off the board until the 18th minute when Collinson with the assist from freshman Irina Brutsch (Zurich, Switzerland) gave ETSU a 1-0 lead. Collinson leads the Blue & Gold in goals (4) and points (11) so far this season.

ETSU was able to dominate the Eagles in the first half outshooting Winthrop 4-3 with all four shots being on goal. The Bucs dominated in corner kicks with a 6-0 edge over the Eagles.

The Blue & Gold held a 1-0 lead in the second half all the way until the 86th minute when defender Taylor Coleman raced down the right side of the field and crossed it over to forward Samantha Prytulak who put it in the back of the net to tie the game up.

“Winthrop is a very organized, hardworking, quality team and we knew it would be a tough game,” said Sayers. “Winthrop never gave up and it was a blow to concede with four minutes left. But the girls responded brilliantly as the girls on the bench were instrumental in spurring the team on. Very proud of everyone tonight.”

ETSU outshot the Eagles 11-6 including 7-3 in the second half. Collinson led the way for the Bucs with four shots, two being on goal and earning an assist. Junior goalkeeper Jasmine Elliot (Preston, England) made two saves on the night and is now four saves away from becoming ETSU’s career leader in saves.

So far during the 2015 campaign the Bucs are 3-0 on the road with two coming against Big South conference opponents. The Bucs stopped their two game losing streak and move to an overall record of 5-3.  ETSU will have another road test against the Big South on Friday, Sept. 18 when they take on Campbell at 5 p.m. in Buies Creek, N.C.