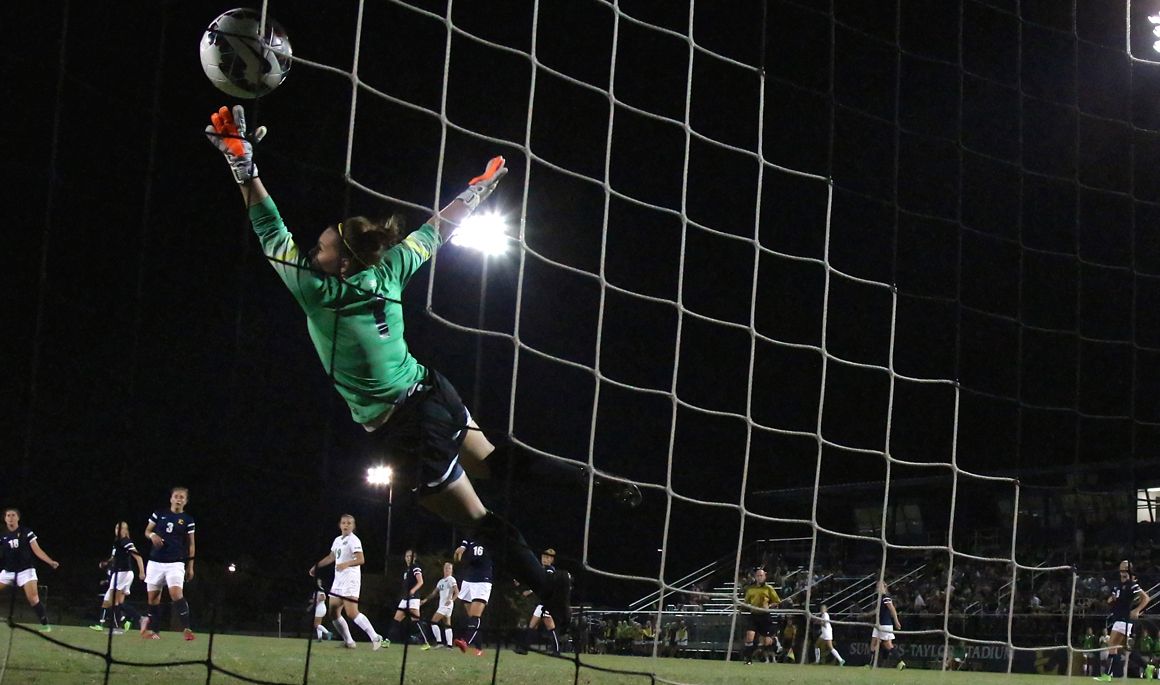 JOHNSON CITY, Tenn. (Sept.17, 2015) – The ETSU women’s soccer team prepares for its final non-conference match-up on Friday when they travel to Buies Creek, N.C. to take on Big South opponent Campbell at 5 p.m.

Scouting the Bucs
ETSU heads into Friday’s contest with an overall record of 5-3 and has posted an undefeated 3-0 record on the road during the 2015 campaign. The Bucs come off a dramatic 2-1 victory over Winthrop on Tuesday where junior Simona Koren (Graz, Austria) scored the game-winning goal in the 87th minute. Koren has scored a goal in back-to-back games.

Road Warriors
Road trips have been kind to ETSU this season as the Bucs have posted a perfect 3-0 record away from Johnson City. The Bucs have recorded wins over USC Upstate, Radford and Winthrop allowing just two goals in three games. The Blue & Gold have scored seven goals on the road while posting a staggering goal per game average of 2.33.

Collinson off to hot start
In just eight games this season junior Molly Collinson (Cramlington, England) has recorded a team-high four goals and 11 points. The preseason All-SoCon selection has provided an offensive spark for a Bucs squad that leads the SoCon in shots. Collinson recorded her first career two-goal game in a 4-2 victory over Eastern Kentucky back on Sept. 2.

Elliot closes in on another record
Junior Jasmine Elliot (Preston, England) needs just four saves to become ETSU’s career leader in saves, passing Megan Masch. Elliot has already stamped her name in the ETSU record book this season become the career leader in wins after a 3-1 victory over Radford.

Wake us up when September starts
The month of September has been dominated by ETSU in recent years compiling a 21-11-1 record during the month since 2011. The .636 winning percentage during that time is the second best in the SoCon.

Let’s have a shots party
ETSU is the SoCon leader in shots with 127, well ahead of Samford in second with 100. Collinson leads the Bucs with 25 shots while freshman Irina Brutsch (Zurich, Switzerland) leads ETSU with a .600 shots on goal percentage.

Inside the Numbers
It’s almost a guarantee when ETSU has a halftime lead, holding a 4-1 record when doing so this season. In all five games in which the Bucs have came away victorious, they have scored first. On Friday’s ETSU is 2-2 with wins against USC Upstate and Tennessee Tech.

Scouting the Fighting Camels
The Campbell Fighting Camels have an overall record of 4-3-0 and are on a two game losing streak after falling to St.Johns (N.Y.) and UNC Wilmington in the UNCW Hilton Garden Inn Mayfaire Invitational. Campbell is led by redshirt senior Ashley Clark who has recorded six goals, two assists and 14 points in six games this season.

Last time vs. Campbell
With Hannah Short providing the game-winner, the Bucs moved to 4-0 on the season as they defeated Campbell, 2-1 in double overtime last season. ETSU outshot the Fighting Camels 24-12 with a 12-4 advantage in shots on goal.