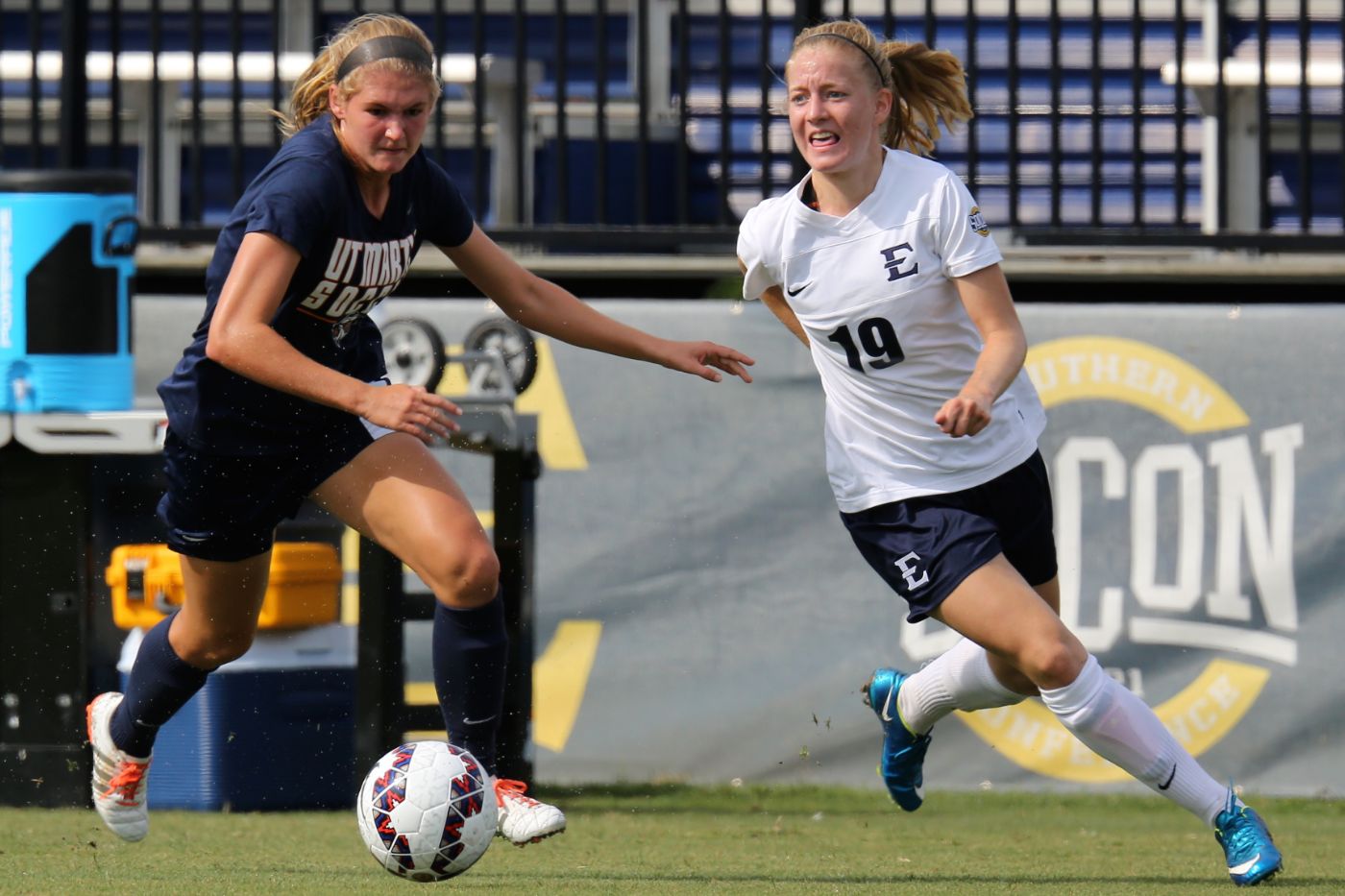 Bucs look for their first win over Western Carolina since 2007.

JOHNSON CITY, Tenn. (Oct.1, 2015) – The ETSU women’s soccer team looks to remain undefeated in the Southern Conference when they host Western Carolina in their conference home opener on Friday, Oct. 2 at 7:00 p.m.

Scouting the Bucs
The Bucs head into Friday’s home conference opener with an overall record of 7-4 with a 2-0 record in Southern Conference play. Last weekend, ETSU defeated both VMI and UNCG on the road. On Friday, the Bucs blanked VMI, 2-0 for their third shutout of the season. Against the Spartans, ETSU totaled 29 shots, the second most this season and came away with a 3-1 victory.

Koren Named SoCon Player of the Week
Junior forward Simona Koren was named SoCon Women’s Soccer player of the week for the week of Sept. 21-27 as voted by the league office. In two games, Koren totaled seven points with three goals and one assist in 108 minutes played. Koren has scored a goal in five consecutive games, the longest streak of her career.

Road Warriors
The Bucs have found comfort being on the road this season, compiling a 5-1 record while away from Johnson City. ETSU has outscored opponents 13-5 on the road including 7-1 in the first half. The Blue & Gold have already equaled their total wins on the road from last season and are one road win away from having the most in a season in program history.

Let’s Start up Conference Play
After defeating both VMI, 2-0 and UNCG, 3-1 the Bucs started conference play 2-0 for the first time since 2011 as part of the Atlantic Sun. Since 2002 as part of both the SoCon and A-Sun, the Bucs are 9-3-1 in conference home openers. Under fifth year head coach Adam Sayers, ETSU is 3-1.

50 never looked so good
In his fifth season ETSU head coach Adam Sayers is the fastest coach in ETSU history to reach 50 wins after defeating Eastern Kentucky, 4-2 back on Sept. 12. It took Sayers just 80 games to reach the coaching milestone, surpassing Heather Henson who didn’t pick up her 50th win until her ninth season.

No Foul Play in Johnson City
The Bucs have a fouls per game percentage of 4.82 which ranks first in the NCAA and the SoCon.

Scouting the Catamounts
Western Carolina has an overall record of 5-4-2 with a 1-1 record in the SoCon. The Catamounts faced the same opponents as the Bucs last weekend coming away with a 2-0 loss at UNCG and a 5-0 victory over VMI. WCU is led by redshirt sophomore Kasey Cooke who leads the team in goals (4) and points (9). The Catamounts may look to get physical with the Bucs as the team’s 10 yellow cards ranks 18th in the NCAA. The Bucs haven’t defeated the Catamounts since 2007.

Last time vs. Western Carolina: Bucs Fall in Regular Season Finale
In the regular season finale a season ago, ETSU suffered a narrow 3-2 setback at Western Carolina. The nation’s leading goal scorer at the time, Hannah Short matched the SoCon’s single-season goals record with 24 in the defeat. The result meant ETSU finished fourth in the SoCon standing, clinching the no.4 seed in the conference tournament.