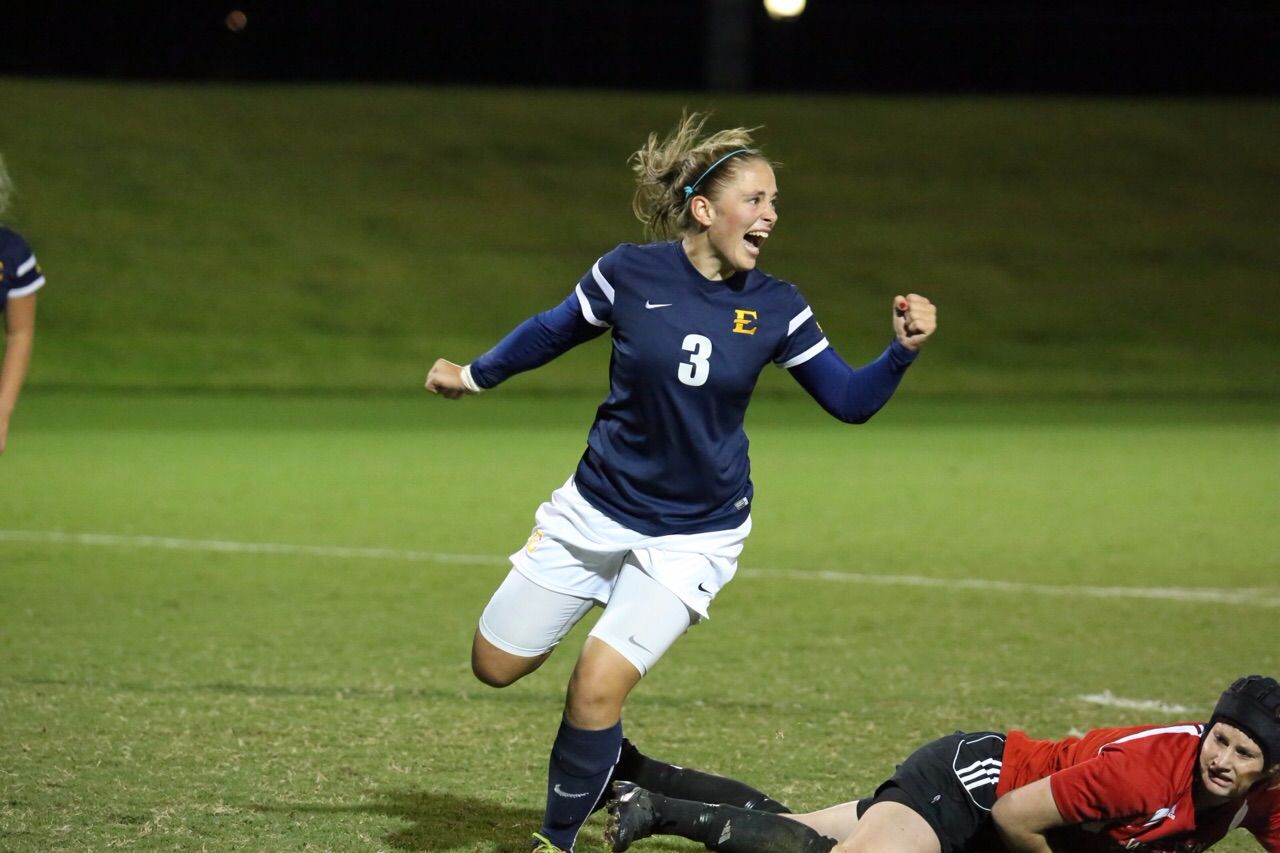 It's the first time ETSU has defeated Western Carolina since 2012

It was a defensive battle in the first half with neither team registering a shot on goal during the first 20 minutes of action. The first shot of the game came from WCU's Kelly Pannell who looked for the right corner of the net. However, ETSU ended up hurting themselves as an own goal was recorded bouncing off a Buc defender to give the Catamounts an early 1-0 lead.

The physical defensive play kept up the entire half with ETSU breaking through on the scoreboard in the 42nd minute to tie the game up. After a free kick outside of the box, freshman Paulinne Vienne (Lausanne, Switzerland) dropped off a pass that went just to the right of the goal for defenseman Emily McKerlie (Dumfries, Scotland) who rocketed a shot that hit the back of the net to tie the game. It was McKerlie's first collegiate goal.

"It was a big challenge after Western Carolina took the lead but the girls stuck to the task and made some excellent decisions and we were able to come away with a big win," said head coach Adam Sayers.

A physical battle on both sides of the ball as neither team was able to gain a significant edge as the Bucs held a slim margin in shots over the Catamounts, 3-2 in the first half. Both teams had two corner kicks apiece.

It was the same start to the second half as the first with both teams playing tough physical defense as there were only three total shots between the two teams in the first 25 minutes of the half. The turning point in game for the Bucs came when WCU senior midfielder Amanda Schwartz rocketed a shot at junior goalkeeper Jasmine Elliot (Preston, England) who made the diving save to her right to keep the Catamounts off the board.

From that moment on, the Bucs seemed to regain the momentum scoring a goal just a few minutes later to take the lead. After gaining possesion at midfield junior Molly Collinson (Cramlington, England) struck a long pass to senior Sarah Zadrazil (St. Gilgen, Austria) who placed the ball in the back of the net after a misplay from the WCU goalkeeper. It was Zadrazil's fifth goal of the season and gave ETSU the lead for the first time in the match.

The lead grew for the Bucs just four minutes later in the 84th minute when junior Simona Koren (Graz, Austria) scored her team-leading seventh goal of the season to put the game out of reach for the Catamounts in the 3-1 victory. Koren has now scored a goal in six straight games.

"Both teams defended very well but we knew if we just kept attacking and moving the ball across the field that we would get an opening," said Sayers.

Overall the Bucs outshot the Catamounts, 9-6 as it was the first time this season ETSU has failed to record double-digit shots but countered with three unanswered goals. Koren led the way with three shots with Zadrazil leading the way in shots on goal with two. Vienne recorded her first career multi-assist game.

The Bucs remain undefeated in conference play with a record of 3-0 and an overall record of 8-4. The Blue & Gold will continue conference play next weekend at home when Mercer comes to Johnson City on Friday, Oct. 9 at 7:00 p.m. The weekend concludes with a match-up against the Bulldogs of The Citadel on Sunday Oct. 11 at 1:00 p.m.