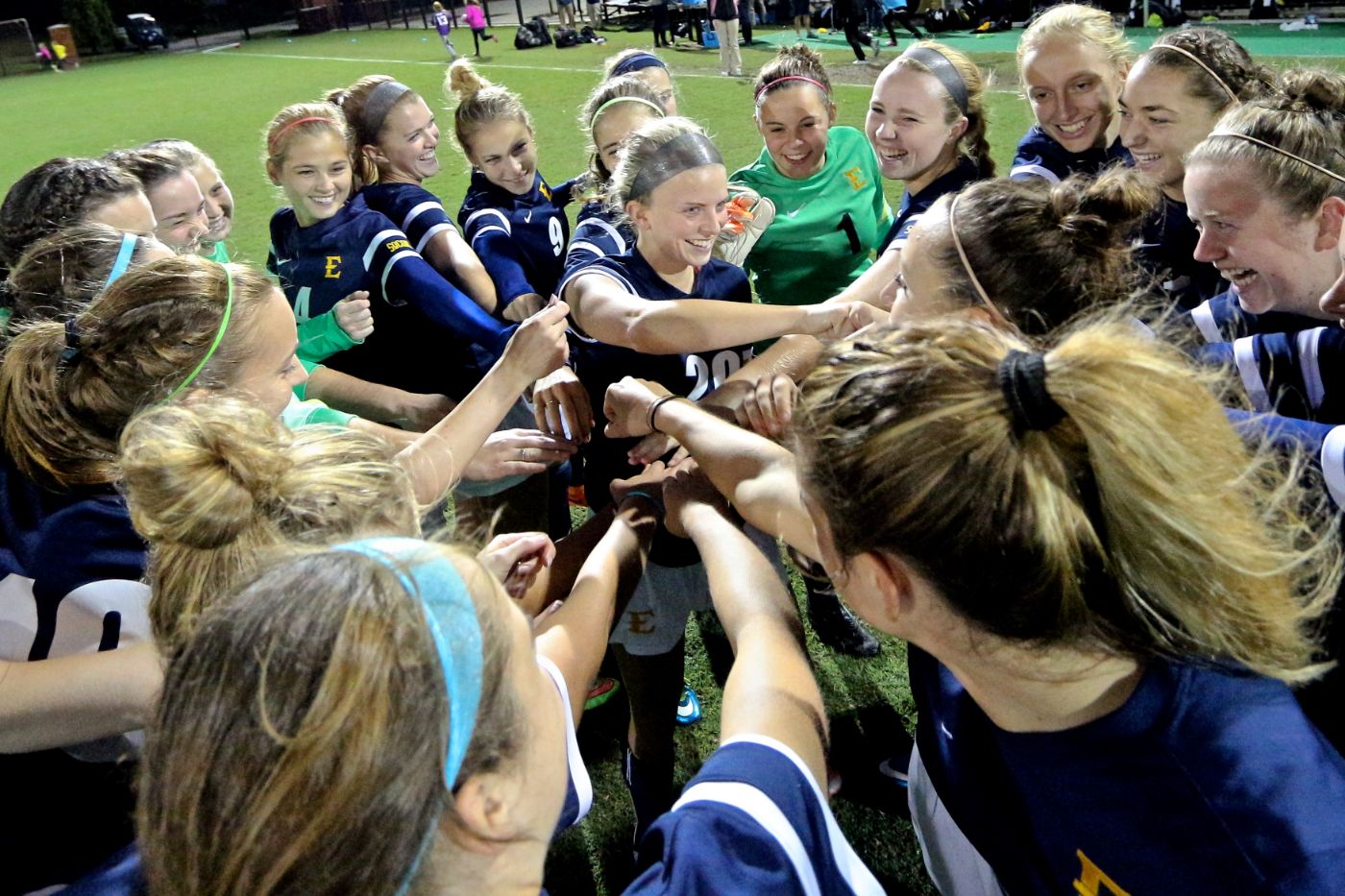 JOHNSON CITY, Tenn. (Oct.15, 2015) – After a three-game home stand, the ETSU women’s soccer team heads to the state of South Carolina to take on Furman on Friday, Oct. 16 and Wofford on Sunday Oct. 18 in their final road contests of Southern Conference play.

Scouting the Bucs
ETSU currently sits second in the SoCon standings at 4-0-1 with 13 points, right behind Samford with 18 points heading into the weekend. Last weekend at home, the Bucs earned a 1-1 draw against Mercer on Friday night before a commanding 8-0 victory over The Citadel on Sunday.

When you need a goal, who do you call…..Sarah Zadrazil
There has been a common theme for the ETSU women’s soccer team, get senior Sarah Zadrazil (St. Gilgen, Austria) the ball in the closing minutes. With six game-winning goals, Zadrazil ranks third in the NCAA. Zadrazil holds the record for most game-winning goals in a career at ETSU with 11.

All We Need is One
On Friday, ETSU looks to earn its first victory over Furman as the Bucs are 0-10 all-time against the Paladins. The Bucs are also just one win away from clinching a double-digit win season, their fourth in the last five years.

Were in the “HOME” stretch
It’s crunch time for the Bucs who sit in second in the SoCon standing with just four games to be played, two of which are at home. ETSU has enjoyed a comfortable home field advantage this season recording a 4-3-1 record inside Summers-Taylor Stadium.

Scouting the Paladins
Furman enters the weekend with a 10-4-1 overall record while having a SoCon record of 3-1-1. The Paladins had a mid-week conference showdown against VMI, where a goal in the 83rd minute helped Furman earn the 1-0 victory over the Keydets. It’s no question that the Paladins are led by senior Stephanie DeVita who is the reigning SoCon player of the week and is the NCAA active career leader in points and goals. This season DeVita has tallied a conference leading ten goals.

Last time out vs. Furman: Bucs suffer home setback, 3-0 in conference opener
In their SoCon opener a season ago, ETSU’s nationally-ranked offense was held in check as the Paladins defeated the Bucs, 3-0. The Blue & Gold were outshot 18-11 but held an advantage in shots on goal, 4-3.

Scouting the Terriers
Wofford will play their second of the three straight home games on Friday when they take on Western Carolina before playing the final home game of the season against the Buccaneers on Sunday. The Terries are 3-6-3 overall and hold a 2-4-1 record at home. Senior Mary Beth Bleekrode leads the Terriers offense with three goals, one assist and seven points.

Last time vs. Wofford: ETSU Women’s Soccer Blanks Wofford, 3-0
ETSU earned its first conference victory of the season in 2014 after blanking the Terries, 3-0. Hannah Short recorded her 16th goal of the season to give the Bucs an early 1-0 lead. Zadrazil recorded a goal as well as the Bucs outshot Wofford, 15-10.