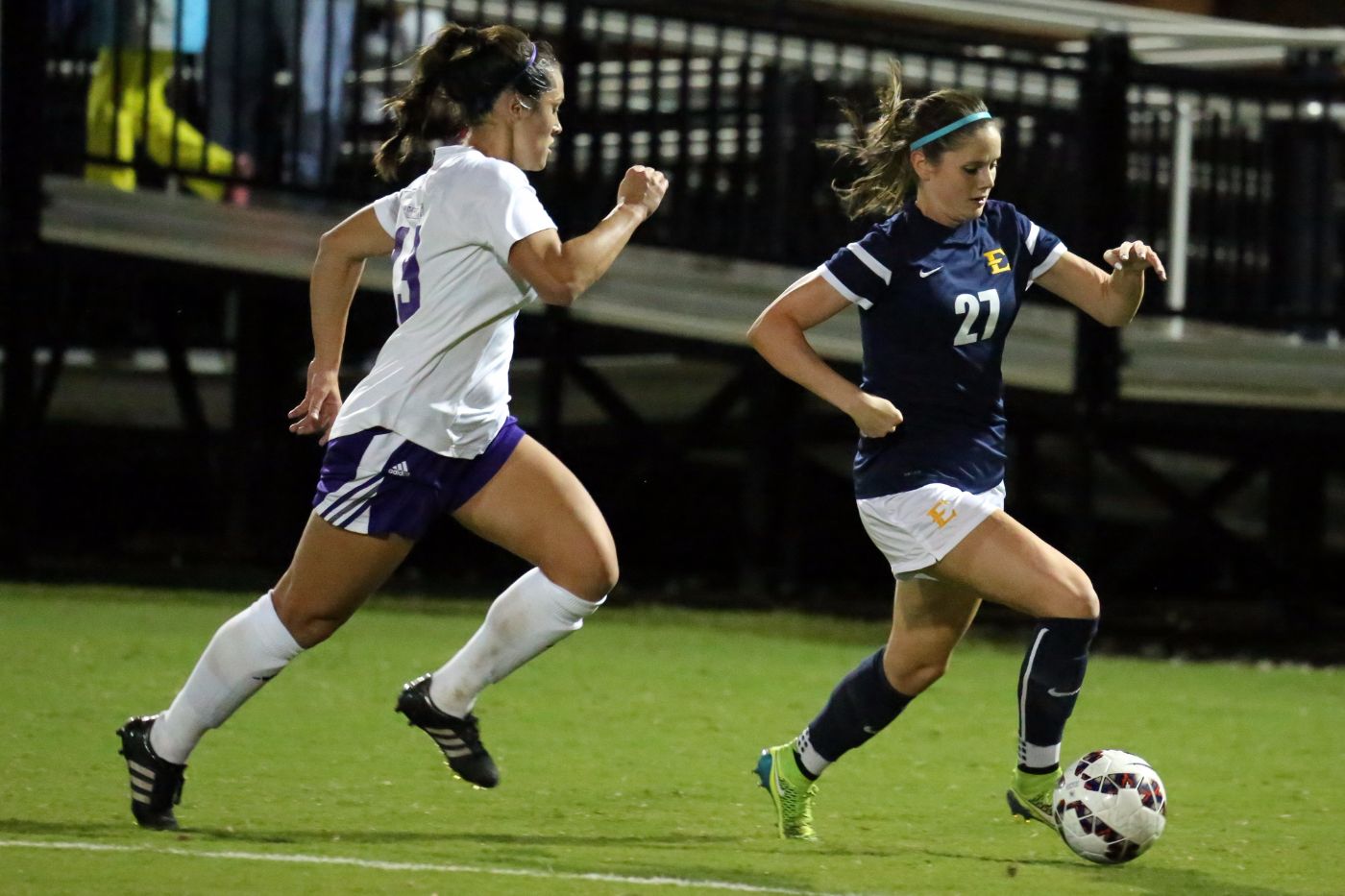 For the third time in the last four games, ETSU gave up the first goal of the game this time coming in just the eighth minute. Furman's Carlie Couch scored her second goal of the season after assists by Stephanie DeVita and Molly Dwyer.

It didn't take long for the Paladins to jump on the board again as Couch scored four minutes later. Devita raced up the right side of the field crossing the ball into the box where Couch headed the ball in to give Furman an early 2-0 lead.

An opportunity for the Bucs to get on the board came in the 36th minute when senior Sarah Zadrazil (St. Gilgen, Austria) weaved through the Furman defense. After the Paladins goalkeeper tried to clear the ball, ETSU quickly regained control and gave it to the senior captain who went around two Furman defenders on the left side and into the box. Zadrazil then proceeded to pass the ball to herself as she went in between the legs of a defender before the Furman goalkeeper coralled the ball to stop the attack.

After trailing early, ETSU regained its composure controlling the ball for last 25 mintues of the half. The Bucs and the Paladins each had five shots with Furman controlling shots on goal at . The Blue & Gold hurts themselves in the first half, receiving eight fouls to Furman's two.

In the second half after already recording two assists on the night, DeVita got in on the scoring action scoring her 11th goal of the season in the 69th minute. Receiving the ball just over 20 yards away, DeVita rocketed a shot that went just over junior goalkeeper Jasmine Elliot (Preston, England) to give Furman a 3-0 lead.

Although suffering the 3-0 defeat, ETSU as able to assert their offensive dominance outshooting the Paladins, 23-11. The Bucs also record eight shots on goal to Furman's six.. ETSU doubled Furman in fouls, 16-8. Zadrazil led the Bucs with a season-high eight shots, three of which were on goal. Freshman Irina Brutsch (Zurich, Switzerland) was right behind Zadrazil with seven shots.

The Blue & Gold is back in action on Sunday, Oct. 18 when they take on Wofford at 1 p.m. for their final SoCon road game.