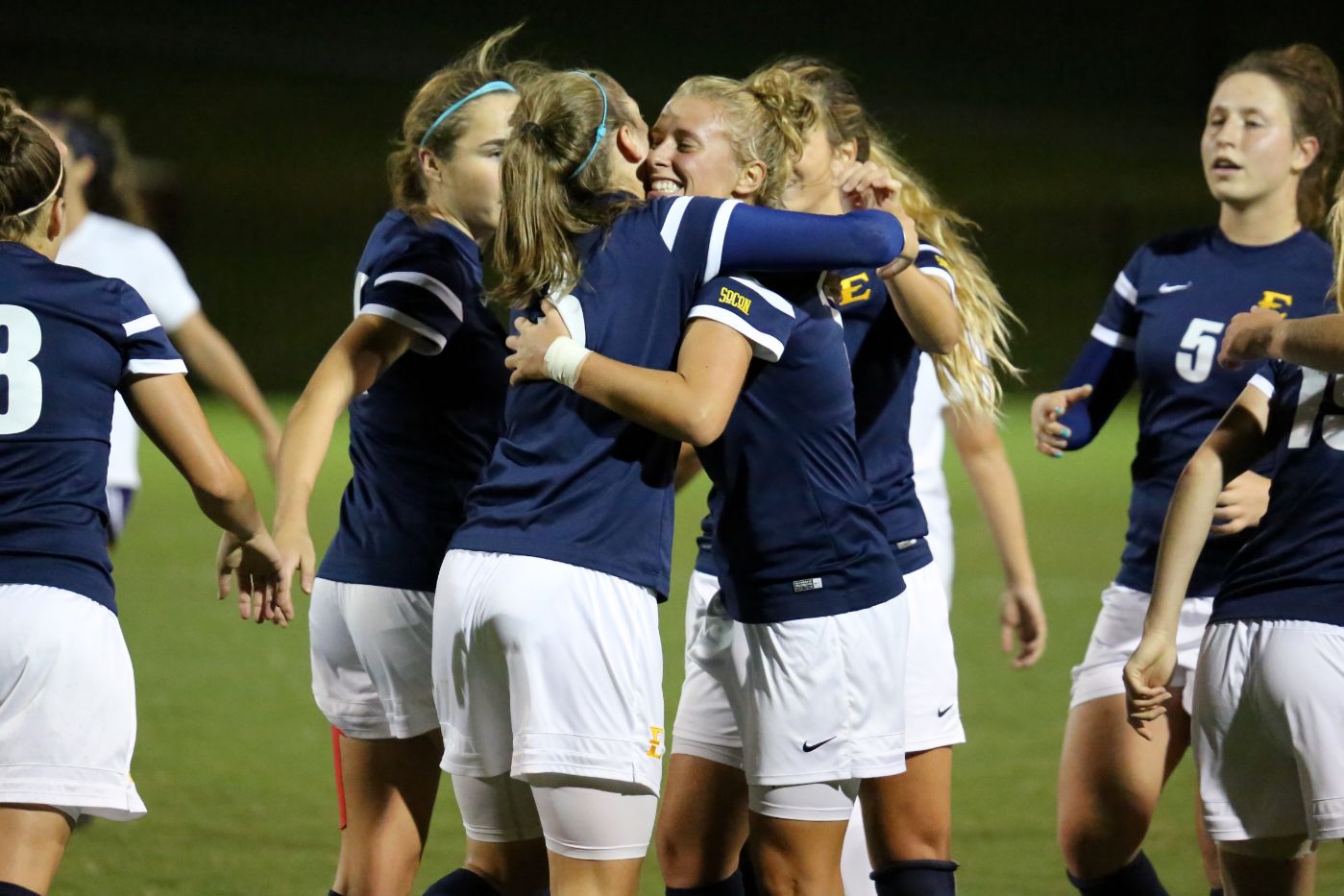 JOHNSON CITY, Tenn. (Oct.22, 2015) – The ETSU women’s soccer team will conclude its regular season at home this weekend when they face-off against Samford on Oct. 23 and rival Chattanooga on Sunday Oct. 25. Friday’s contest will start at 7 p.m. with Sunday’s game beginning at 2 p.m.

Scouting the Bucs
Heading into the final weekend of the regular season the Bucs are currently fourth in the SoCon standings with 13 points and a record of 4-2-1. Last weekend, ETSU traveled for the final time during SoCon play to Furman on Friday where they saw their five-game unbeaten streak snapped by the Paladins, 3-0. On Sunday, despite outshooting Wofford, 22-8, the Bucs surrendered the game-winning goal in the 87th minute to give the Terriers a 1-0 victory.

So your saying there’s a chance?
Behind Furman and UNCG, the Bucs still have an opportunity to get the No.2 or No.3 seed in the upcoming SoCon Tournament:
-For No.2 seed – Need to earn at least four points and have Furman lose the final two games.
-For No.3 seed – ETSU earns at least three points, have UNCG lose final game.
-If Bucs earn three points and Mercer wins their final two games, ETSU will be No.5 seed.

Defense wins Championships and Offense will win this game
When the Bucs and the Bulldogs get together on Friday night it looks to be an offensive fight. Each team is ranked in the top two in the conference in shots, points, goals, assists, goals per game and assists per game. This style of play has helped Samford win eight straight games.

A total 180
One of the most potent offenses in the SoCon has been held in check the last two games as ETSU hasn’t scored a goals in 180 minutes against Furman and Wofford. The Bucs are second in the conference with 32 goals. However, the box score tells a different story as ETSU has outshot Furman and Wofford, 45-17 during the two-game skid.

All we need is one
The Bucs are one win away from clinching a double-digit win season for the fourth time in the last five years. It would be the fourth time under head coach Adam Sayers ETSU has accomplished this feat.

Scouting the Bulldogs
Samford heads into Friday’s contest with a 12-4 overall record and 7-0 in SoCon play. The Bulldogs have a chance with a win to capture the SoCon regular season title for the third in the last five seasons. A big part to their success has been their defense which hasn’t let up a goal yet during conference play. On offense, Samford is led by junior Kelley Malcanisha who has recorded a team-high ten goals.

Last time out vs. Samford: Bulldogs semifinal rally ends Bucs’ historic season
ETSU season came to an end in the SoCon Tournament semifinals last season as top-seeded Samford scored two second half goals to notch a 2-1 victory. Hannah Short scored the lone goal for the Buccaneers in the seventh minute to the Bucs an early 1-0 lead.

Scouting the Mocs
Before traveling to Johnson City, the Mocs hit the road to take on Western Carolina before squaring off against the Bucs on Sunday. Chattanooga is 3-11-2 this season and 1-5-1 in conference play with their lone win coming against The Citadel, 2-1. In between the pipes for Chattanooga is junior Katie Emig who is third in the SoCon with 55 saves.

Last time vs. Chattanooga: ETSU storms past Chattanooga
ETSU cruised to a 5-1 win last year against the Mocs thanks to senior Sarah Zadrazil who recorded one goal and three assists on the day. The win marked the third straight victory for the Bucs.