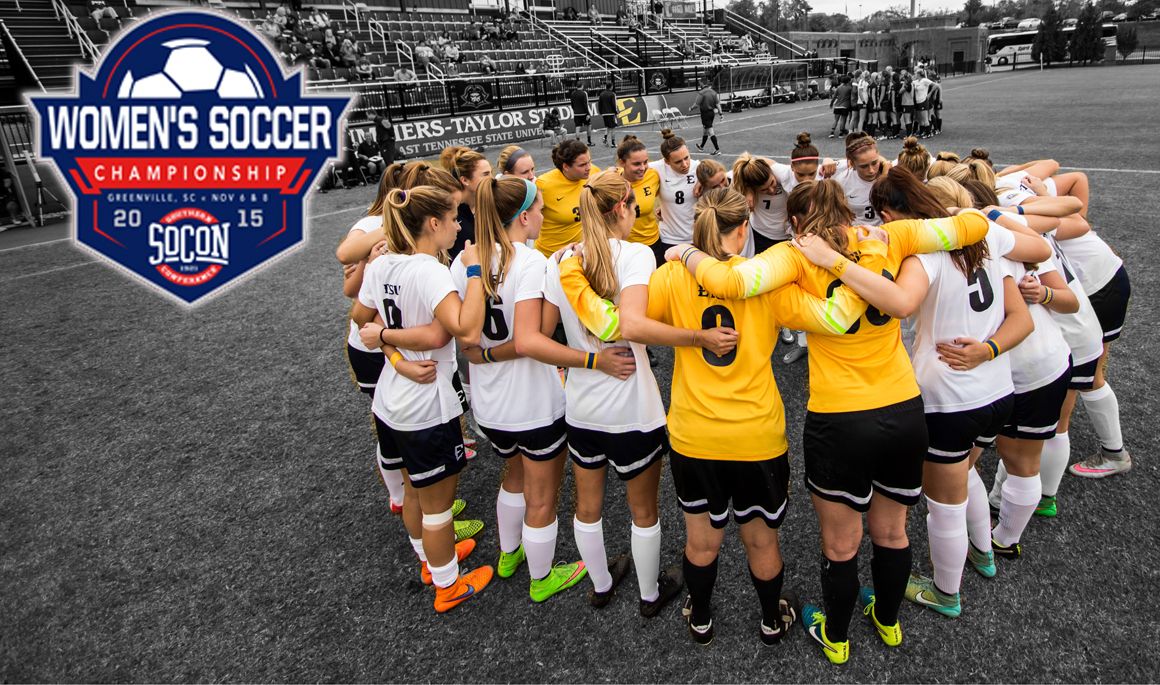 JOHNSON CITY, Tenn. (Oct.30, 2015) – The ETSU women’s soccer team sets its sights on Macon, Ga. as they prepare for their quarterfinal match-up with Mercer on Saturday at 7:30 p.m. The Bucs seek their second straight SoCon semifinal appearance with a victory.

Scouting the Bucs
ETSU heads into the SoCon Tournament as the No.5 seed after posting an overall record of 9-8-1 and 4-4-1 inside conference play. At home last weekend, the Bucs fell to No.1 seed Samford, 1-0 on Friday night giving up a goal in the 86th minute. On Sunday, ETSU fell to rival Chattanooga, 3-1.

Tourney Time
The Bucs will look to advance to the SoCon semifinals for the second straight year on Saturday where they could face either No.1 seed Samford or No.9 VMI. Overall, ETSU holds a 1-5 record all-time in the conference tournament with that lone win coming last season against UNCG, 3-2.

The box score says otherwise
Although ETSU is on a four-game losing streak, looking at the box score tells a much different story. The Bucs have outshot their last four opponents by a combined total of 75-31 including 25-19 in shots on goal.

Good as Goldoni
Starting in her fourth consecutive game freshman Eleonora Goldoni (Ferrara, Italy) recorded her first collegiate goal in the third minute in Sunday’s contest against Chattanooga. Goldoni has played in seven games this season, compiling 11 shots, six of which have been on goal.

All-Time vs. Mercer
ETSU trails the all-time series 2-7-2 against Mercer with their last win coming in 2011. When facing the Bears in Macon, Ga., the Bucs are 0-3-1. In the 11 games played between the two teams there has been five single or double overtime games.

Scouting the Bears
Mercer locked up the No.4 seed in the SoCon Tournament after splitting a pair of contests at home last weekend. On Friday the Bears defeated Wofford 2-1 before falling to Furman 1-0 on Sunday. In between the pipes for MU is senior Maggie Cropp whose 0.49 goals against average is ranks 11th in the NCAA and first in the SoCon.

Last time out vs. Mercer: Bucs and Bears battle to 1-1 draw
Back on Oct.9 the Bucs and the Bears battled in Johnson City to a 1-1 draw as both teams scored within the first 25 minutes of action. ETSU outshot Mercer 19-7 with a 7-3 advantage in shots on goal. Junior Molly Collinson (Cramlington, England) netted the lone goal for the Bucs in the 21st minute.