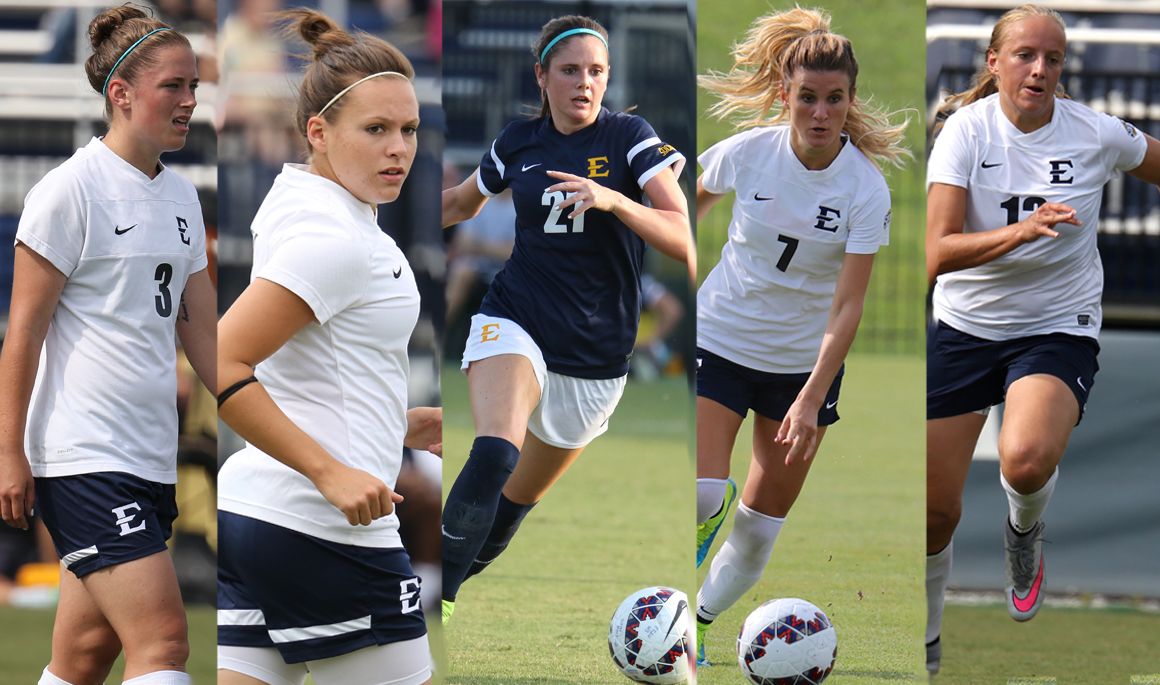 Zadrazil played and started in 15 games this season tallying 21 points off of seven goals and seven assists. She recorded six game-winning goals during the 2015 campaign which ranks fifth most in the NCAA. Along with player of the year recognition, Zadrazil was named to the SoCon First Team for the second straight season. It’s the second time she has earned conference player of the year honors, garnering Atlantic Sun Player of the Year honors in 2013.

Receiving Second Team all-conference honors was junior Simona Koren (Graz, Austria) and sophomore Paola Roversi (Rieti, Italy). Koren tied for the team lead in goals with seven while recording four assists and 18 points. From Sept. 11 through Oct.2, Koren scored in six straight games for the Bucs including a two-goal effort at UNCG en route to being named SoCon Player of the Week for Sept. 21-27.

After receiving All-Freshman honors the year before, Roversi was named Second Team All-Conference after compiling one goal, one assist on 35 shots this season. Roversi played in 17 contests this season, starting 14.

Freshman Irina Brutsch (Zurich, Switzerland) and freshman Emily McKerlie (Dumfries, Scotland) represented the Bucs on the SoCon All-Freshman team. Brutsch led all freshmen on the team with three goals to go along with three assists for nine points. She played and started in 17 games this season for ETSU.

McKerlie played and started in 17 games for ETSU recording one goal and one assist. McKerlie recorded her first collegiate goal in a 3-1 victory over Western Carolina back on Oct. 2. During the 2015 campaign, the Dumfries, Scotland native rattled off 21 shots as a defender.

Overall, ETSU had five players receive all-conference honors which rank third in the conference behind UNCG with seven and Samford with nine.