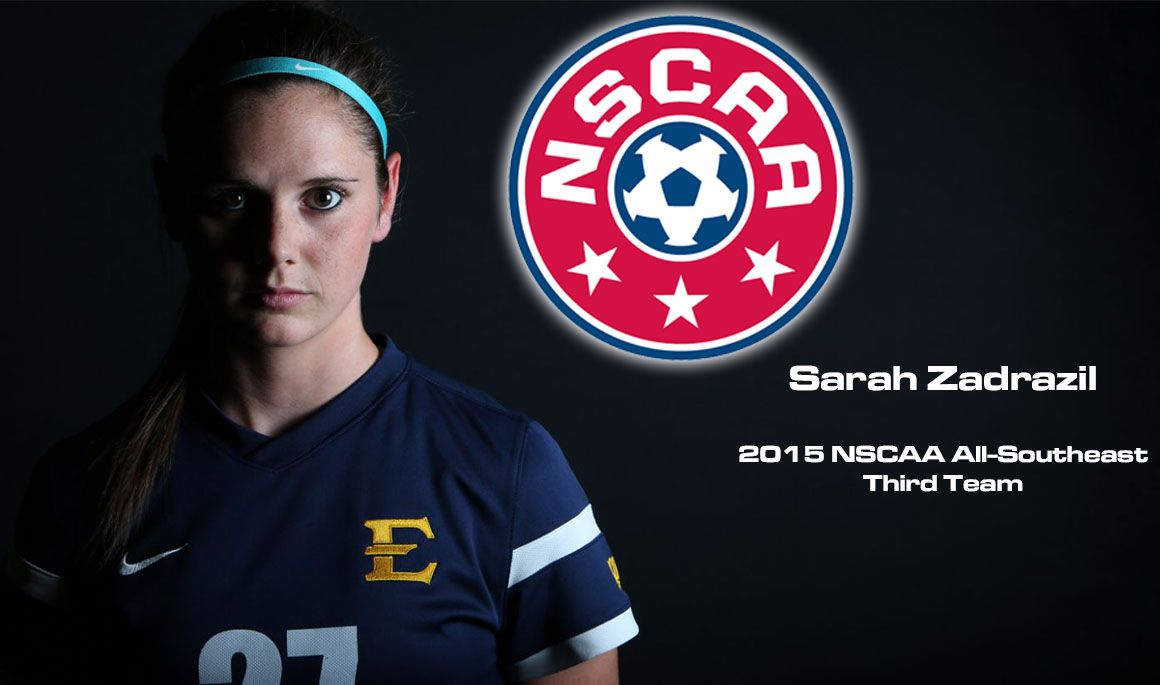 It's the second straight season Zadrazil has garnered NSCAA honors

The reigning Southern Conference Player of the Year received NSCAA All-Southeast honors for the second year in a row earning Second Team honors in 2014. Zadrazil joins Furman's Stephanie Devita as the only other representative from the SoCon.

Zadrazil was named SoCon Player of the Year a month ago after tallying 21 points off of seven goals and seven assists in 15 games during the 2015 campaign. She was also named First Team All-SoCon.

The St. Gilgen, Austria native has rewritten the record books during her time at ETSU, becoming the career leader in points (101), assists (48), game-winning goals (11), shots attempted (213) and shots on goal (105). She holds the single-season record for assists with 20 set back in 2014.