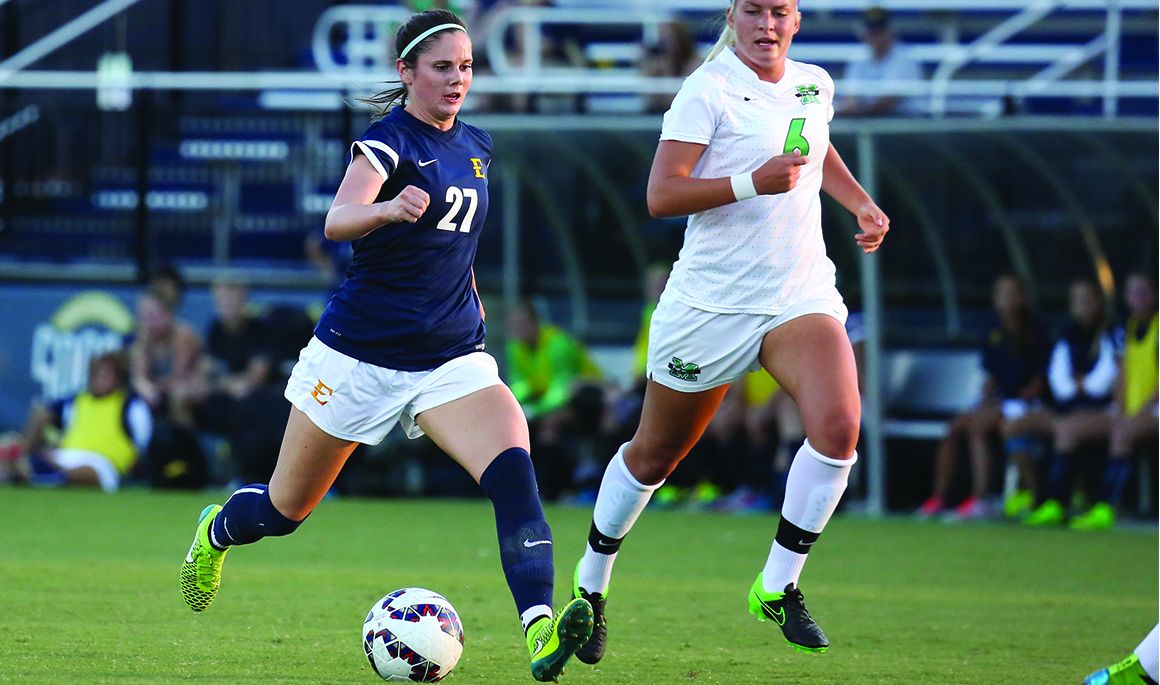 JOHNSON CITY, Tenn. (April 5, 2016) – ETSU women's soccer senior Sarah Zadrazil (St. Gilgen, Austria) continues with the Austria National Team as they look to qualify for the 2017 UEFA Women's Euro with two games in the group qualifying stage in the next five days.

With a 3-0 record and nine points, Austria sits in first place in their group followed by Norway, Wales, Ireland and Kazakhstan. The group winner along with the six best runners-up advance to the final tournament next year beginning in July 2017.

Zadrazil has been an integral part for the Austria Team during the qualifying stages playing and starting in all three games as a forward. The St. Gilgen, Austria native registered an assist in a 1-0 victory over Israel back on October 10th.

The team and Zadrazil is fresh off a 2016 Cyprus Cup Championship last month defeating Poland, 2-1. Zadrazil played and started in all four contests for Austria during the tournament, scoring one goal in the 49th minute in a 2-1 victory over Hungary.

Austria will play in two games in the next five days, beginning April 6 at 6 p.m. against Kazakhstan before taking on Norway on April 10 at 4 p.m. Austria will have three more games to end the UEFA Women's Euro qualifying stage with matches against Norway (June 2), Israel (June 6) and Wales (Sept.20).