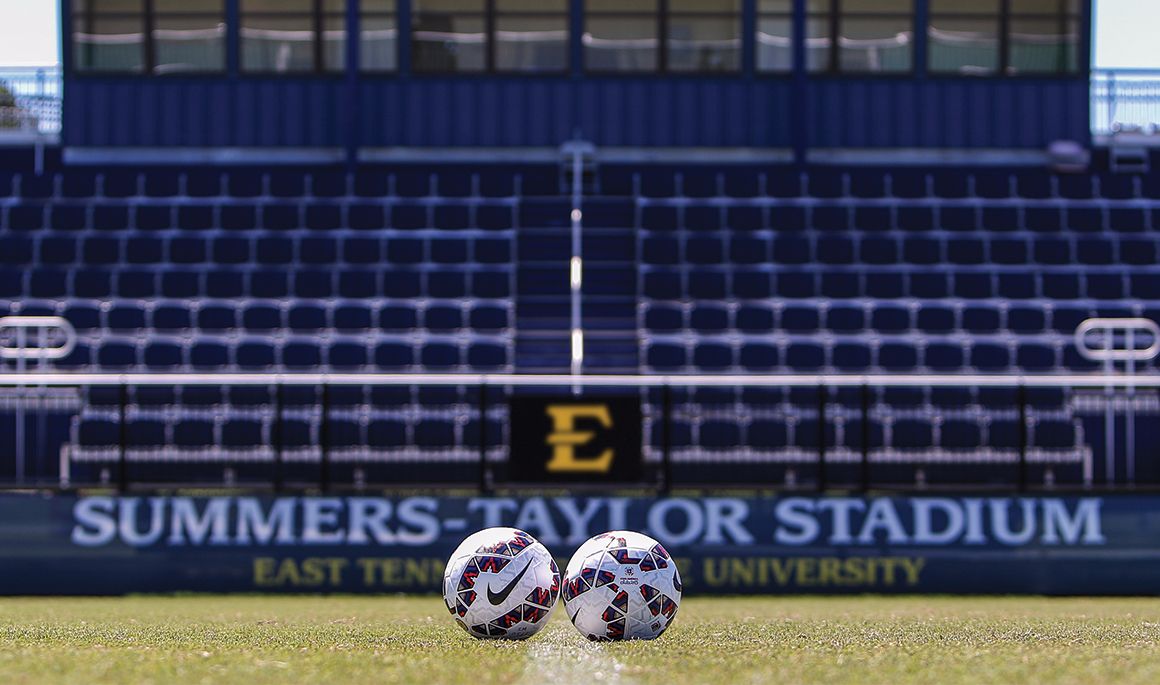 ETSU squares off with Pittsburgh and NCAA participant South Carolina

WINSTON SALEM, N.C. (April 8, 2016) - As part of their spring soccer schedule, the ETSU Women's soccer team will face-off against tough competition as part of the 2016 Mercedes Benz Southern Soccer Showcase on Saturday, April 8.
The Buccaneers will match-up against ACC opponent Pittsburgh on Saturday at 11:00 a.m. before taking on NCAA Tournament participant and nationally ranked South Carolina at 2:00 p.m.
What's New with the Bucs
This will be the fourth spring soccer tournament for the Bucs in 2016. In a home tournament last weekend the Blue and Gold went 3-0 defeating Lenoir-Rhyne, Appalachian State and UNC Asheville. ETSU totaled 11 goals on 28 shots in those three games. In three games, freshman Irina Brutsch (Zurich, Switzerland) tallied five goals while fellow freshman Eleonora Goldoni (Ferrara, Italy) netted four goals.
Scouting Report on Pittsburgh
In the fall, Pittsburgh recorded the most wins in a single season in program history going 10-7-1. It was their first winning season since 2009. As apart of the ACC, the Panthers had it rough down the stretch facing five top 25 opponents in their final seven games. Pitt is led by freshman Jarena Harmon who led the team in goals with seven while junior goalkeeper Taylor Francis ranked fifth in the ACC last year in saves with 74.
Scouting Report on South Carolina
In eight of the past nine seasons, South Carolina has made the NCAA tournament including in 2015 where they fell in the first round to UNC-Wilmington. The Gamecocks went 12-5-3 last season, ranking third in the SEC in goals with 44 and never fell out of the top 25 national rankings. USC is led by sophomore midfielder Savannah McCaskill who leads the Gamecocks in goals (10), points (29) and shots (53).
Stay up to date with ETSU Women’s Soccer by following the Bucs on Twitter @ETSUWSoccer or Facebook.
ETSU fans wanting to receive Buccaneer news, score updates, in-game promotions and much more sent to their mobile device can do so by signing up for “Buc Updates.” Click here to sign up today!
For more information on Buccaneer women’s soccer, visit ETSUBucs.com and click on the women’s soccer page.