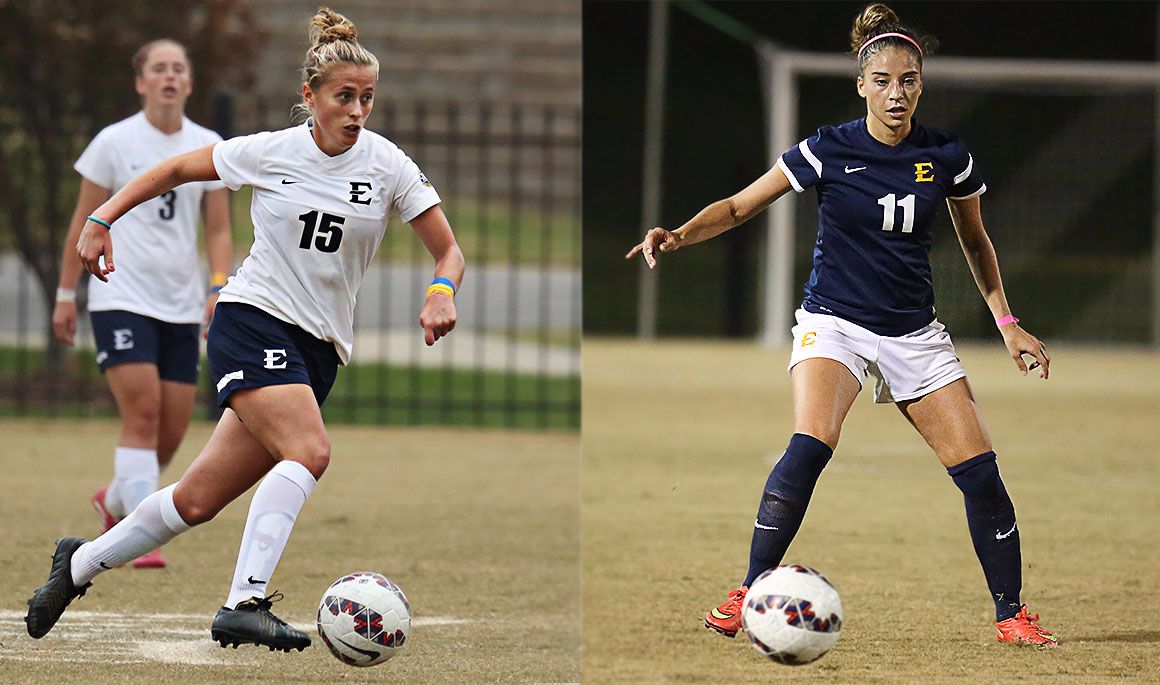 Re, Goldoni to join Italy U23 national team
JOHNSON CITY, Tenn. (May 5, 2016) – Junior midfielder Cecilia Re (Busnago, Italy) and freshman forward Eleonora Goldoni (Ferrara, Italy) of ETSU Women's Soccer have both received a call up to join the Italy U23 national team.
"We are extremely proud of Ce and Leo.  They are not just brilliant players, but also wonderful team mates and leaders, who work very hard, always with a first class attitude," said head coach Adam Sayers. "Ce has been working towards this since recovering from a serious knee injury. We are so happy and proud of her. And Leo being selected for the Under 23’s as a freshman is equally impressive. They are both excellent ambassadors for our team and university, and very deserving of their selection."
Re has garnered the most experience with the Italy national team earning 13 caps for the Italy U-17 squad, 18 caps with the U-19 squad and five caps the U-20 team. The midfielder's time with the Italy U-20 squad included two appearances in the 2012 FIFA Under-20 World Cup.
"I'm very happy that I will join the U23 national team. Playing for your country is always something special and very emotional," said Re. "I'm having this opportunity because of the hard work I'm doing here at ETSU with my coaches and I want to say a huge thank you to coach Adam Sayers that really helped me in this long journey."
Goldoni during her international career has played in 15 games, scoring five goals for the U-19 Italian National Team. During her time with the U-17 Italian squad, the forward appeared in 10 games scoring two goals.
"Being able to play on the national team is an amazing opportunity. I am really lucky because I know that thousands of players would like to be in my position and experience the same opportunity," said Goldoni. "I am excited to play with first class players, followed by a high quality team."
During the 2015 season for the Buccaneers, Re and Goldoni combined to play in 27 games, scoring two goals on 41 shots with 13 being on goal.
The Italy U-23 camp begins on May 8th and runs through May 11th. The camp is in Nocera, in the province of Salemo, Italy.
Stay up to date with ETSU Women’s Soccer by following the Bucs on Twitter @ETSUWSoccer or Facebook.
ETSU fans wanting to receive Buccaneer news, score updates, in-game promotions and much more sent to their mobile device can do so by signing up for “Buc Updates.” Click here to sign up today!
For more information on Buccaneer women’s soccer, visit ETSUBucs.com and click on the women’s soccer page.