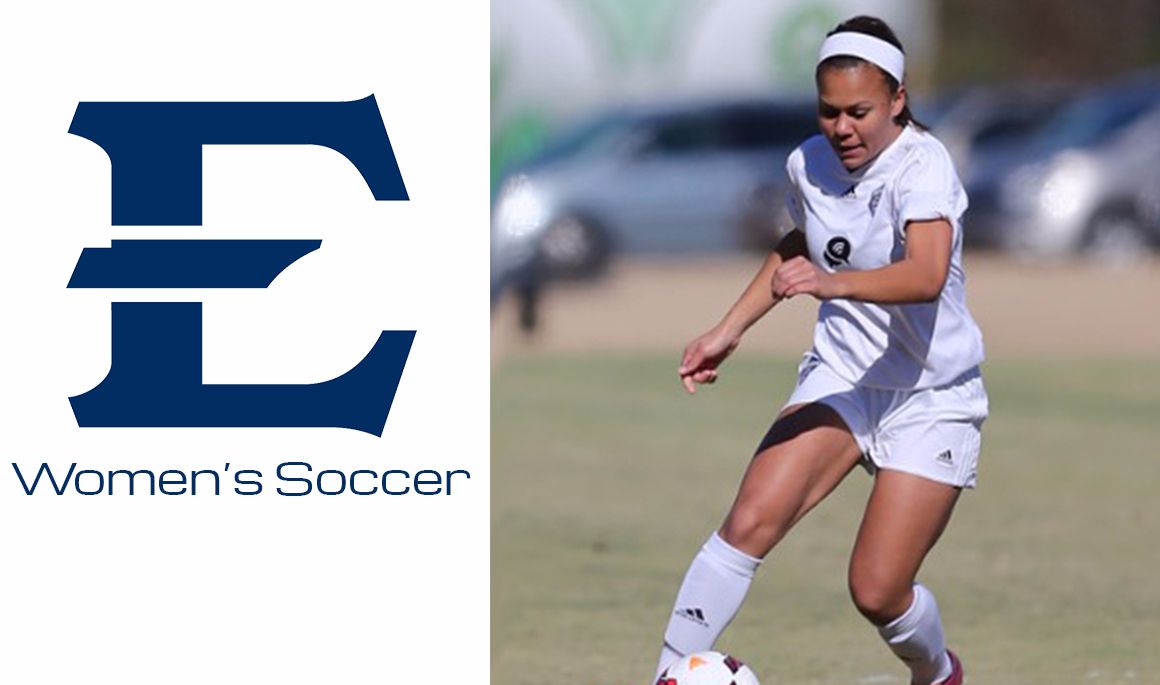 Sayers adds Kourtney Gaylord to 2016-17 recruiting class
JOHNSON CITY, Tenn. (May 25, 2016) - Sixth year ETSU Women's Soccer head coach Adam Sayers announced on Wednesday the addition of midfielder Kourtney Gaylord (Mooresville, N.C. ) to the 2016-17 recruiting class.
Gaylord played at Lake Norman High School where as a midfielder she was a three-time varsity letter-winner in soccer.
"Kourtney has had a good spring as it was a steep learning curve for her and she has adapted well and made progress," said Sayers. "We are looking forward to her and the rest of the girls returning in August."
At Lake Norman she helped lead the Wildcats in a three-year span to an overall record of 60-6-2 and two conference championships. Gaylord earned 4-A All-Region honors three consecutive years along with being a three-time All-Conference member.
Gaylord played for the Region III Premier League Carolina Lady Rapids where she was a part of three state cup championships and helped the Rapids claim a number one ranking in the state of North Carolina and number two ranking in Region III.
Kourtney is the daughter of Glenn and Stacey Gaylord and brother Trevis played football for three seasons at Limestone College. Kourtney plans to major in business management/marketing at ETSU.
Stay up to date with ETSU Women’s Soccer by following the Bucs on Twitter @ETSUWSoccer or Facebook.
ETSU fans wanting to receive Buccaneer news, score updates, in-game promotions and much more sent to their mobile device can do so by signing up for “Buc Updates.” Click here to sign up today!
For more information on Buccaneer women’s soccer, visit ETSUBucs.com and click on the women’s soccer page.