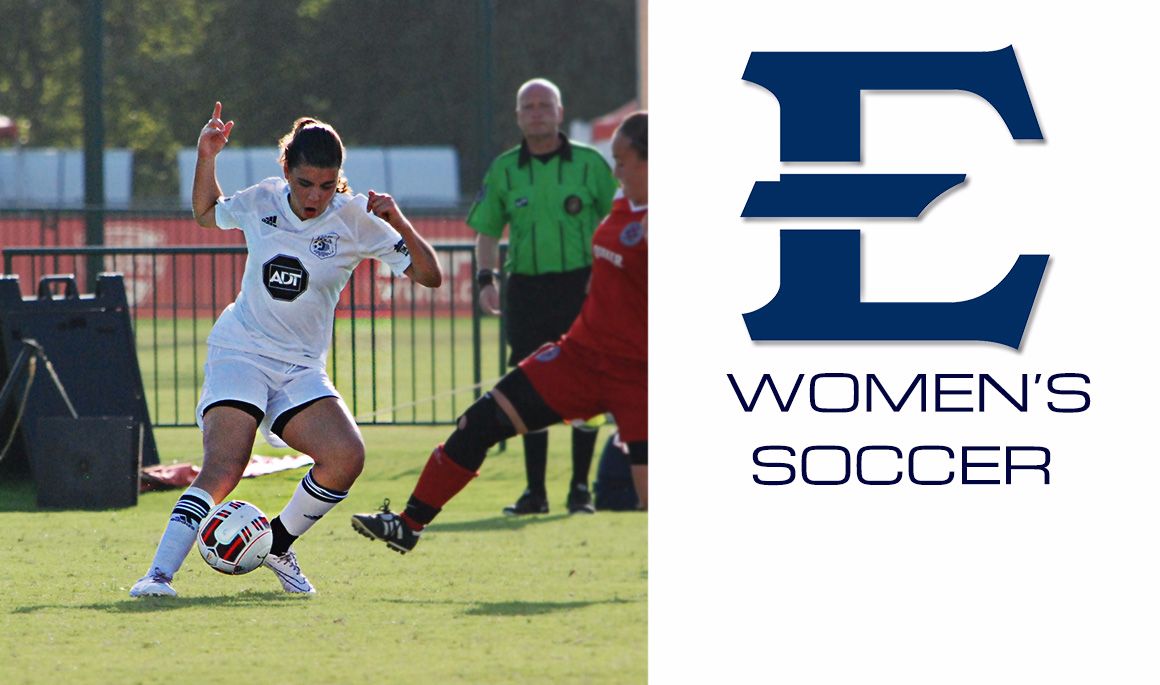 Women's Soccer signs Allie Duggan to 2016-17 recruiting class
JOHNSON CITY, Tenn. (June 3, 2016) - On Friday, ETSU women's soccer head coach Adam Sayers announced the second signee to the 2016-17 recruiting class, midfielder/defender Allie Duggan (Boca Raton, Fla.).
From West Boca Raton Community High School, Duggan was a four year letterwinner along with being the team's captain the past two seasons. During her senior campaign she led her team to an overall record of 17-2-2 with four goals and six assists as her team captured the District Championship. Her team was the regional runner-up in 2014 and 2016.
"We are looking forward to Allie joining us," said Sayers. "She’s an excellent student and teammate and will be a good addition to the squad. She will provide competition and depth in her position and we are very happy she has chosen ETSU."
Duggan is a two-time All-Conference member and was named to the All-Palm Beach 5A-4A Second Team her senior year. The Boca Raton, Fla., native was named her team's midfielder of the year her senior year and earned team's most valuable defender honors in 2015.
In her club career Duggan played for Florida Atlantic women's head soccer coach Patrick Baker on Team Boca's U18 97/98 White Team. The past two seasons Duggan and the club made it to the Elite 8 of the State Cup. This past season she helped the club win their bracket at the CASL Showcase and was the Disney Soccer Showcase Qualifier Champions for their age group.
Duggan is the daughter of Matthew and AnnMarie Duggan. Both her parents played collegiate soccer with mom playing at Lynn University while dad played at Florida Atlantic. A national honors society member in high school, Allie plans to major in Exercise Science at ETSU.
Stay up to date with ETSU Women’s Soccer by following the Bucs on Twitter @ETSUWSoccer or Facebook.
ETSU fans wanting to receive Buccaneer news, score updates, in-game promotions and much more sent to their mobile device can do so by signing up for “Buc Updates.” Click here to sign up today!
For more information on Buccaneer women’s soccer, visit ETSUBucs.com and click on the women’s soccer page.