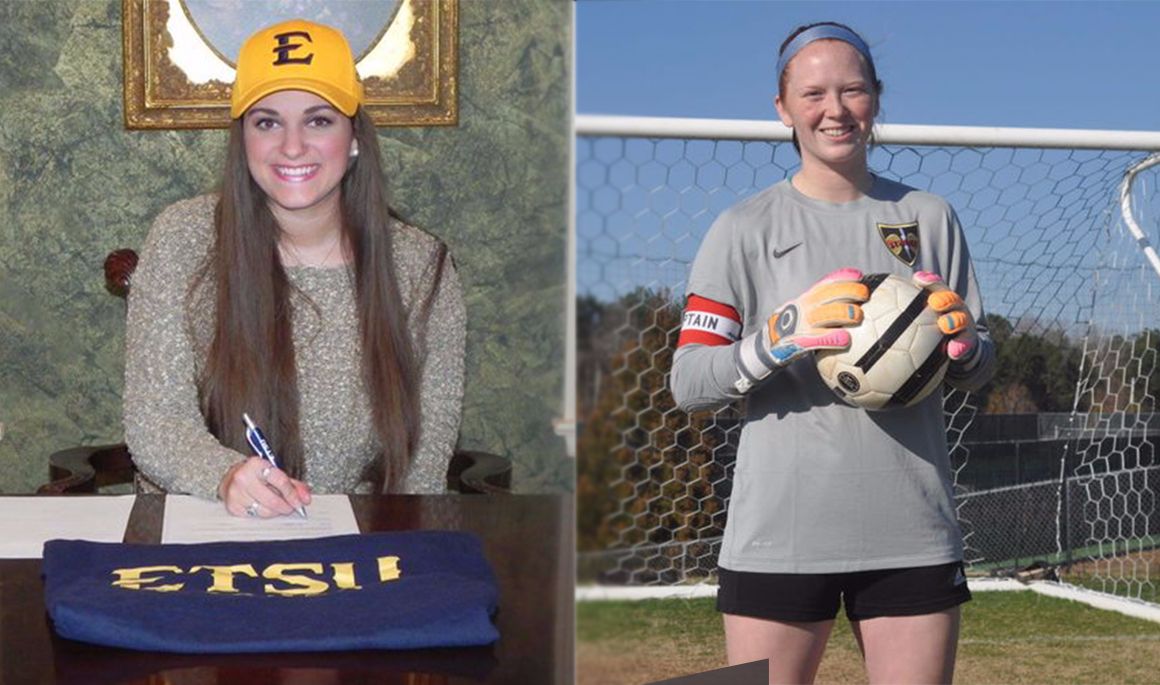 “We are looking forward to the arrival of Alyssa and Danielle. We already have a strong group of goalkeepers, but it’s important we add to the depth in that position for now and the future,” said head coach Adam Sayers. “We are happy they will be joining us.”

Danielle Sparkman has been a part of the Mississippi ODP 97 State Team along with playing at the club level for the Collierville Soccer Association 98 Lady Lobos Rush Elite Team.

Sparkman comes with experience in playing in major tournaments participating in the US Youth Soccer Presidents Cup Regional Tournament in 2014 along with helping her club team win the Tennessee State League Tournament State Championship.

Sparkman is the daughter of Danny and Selina Sparkman. Father Danny Sparkman was an all-American quarterback, setting multiple passing records at the University of Memphis.

During her prep career Alyssa Frey played for North Oconee High School while at the club level playing for the CESA Carolina Elite Soccer Academy ECNL U18 squad.

At North Oconee, Frey was a co-captain her senior year and had a goals against average of 0.50 along with posting 10 shutouts. She propelled her team to qualify for the Class 8AAAA state playoffs after posting an overall record of 12-3. Frey garnered First Team Region 8-AAAA honors her senior year.

The four year varsity letterwinner recorded six shutouts as a junior and during her freshman year broke the school record for the fewest goals allowed with 16.

Last season for the Carolina Elite U18 squad, Frey played in 16 games and helped the team finish third in the U18 ECNL Southeast Conference standings.

Sparkman and Frey are the fourth and fifth additions to the 2016-17 recruiting class that includes midfielder Kourtney Gaylord, midfielder/defender Allie Duggan and midfielder Georgia Allen.

Stay up to date with ETSU Women’s Soccer by following the Bucs on Twitter @ETSUWSoccer or on Facebook.