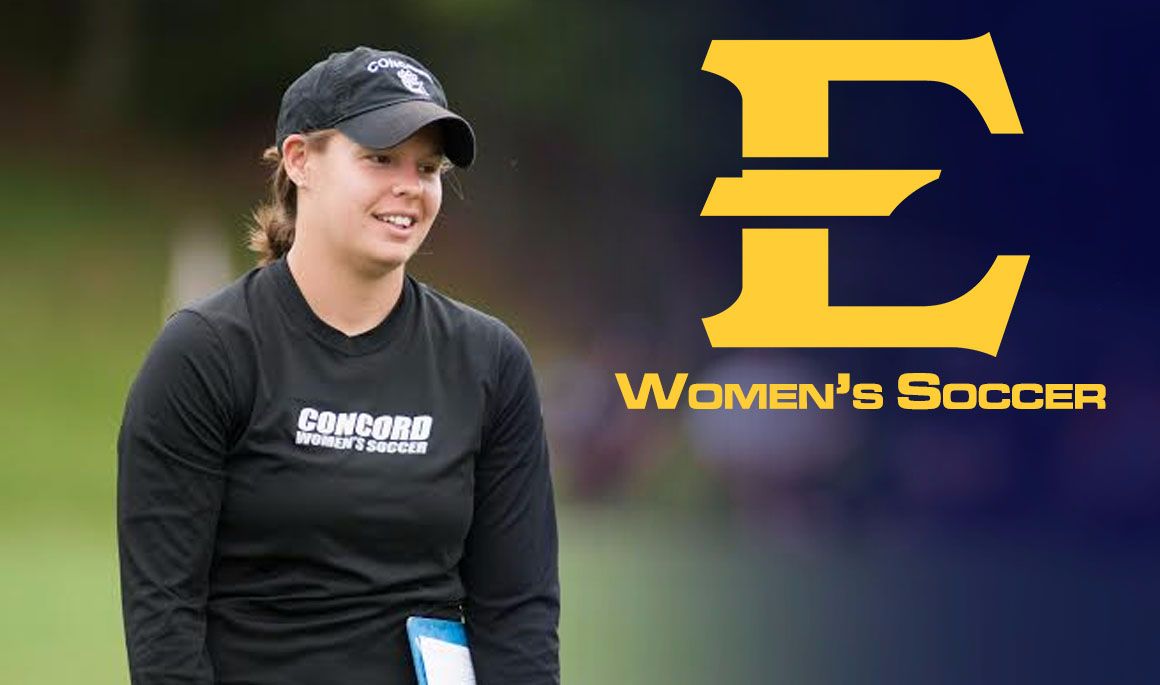 Malkiewicz comes from Concord University in Athens, West Virginia where she spent the past two seasons as the women’s soccer head coach.

“I am extremely excited for this incredible opportunity to continue the winning tradition and join the top-notch staff here at ETSU,” said Malkiewicz. “The Buc family has been so welcoming already and I am very fortunate to be able to have such a terrific mentor in Coach Sayers and look forward to learning from him on a daily basis.”

The Forked River, New Jersey native in her two seasons at Concord produced three All-MEC players along with a two-time All-region honoree. Last season Malkiewicz implemented an excellent defensive philosophy for the Mountain Lions as they held opponents to one goal or less in 11 games including holding nationally-ranked West Virginia Wesleyan scoreless.

Before becoming the head coach Malkiewicz spent two years as an assistant at Concord. She was an integral part of the 2012 team that compiled an overall record of 16-16-4 and a spot in the West Virginia Intercollegiate Athletic Conference Tournament Semifinals.

“I would also like to thank everyone here at ETSU, especially Dr. Richard Sander, Adam Sayers and Joanne Spalding for this opportunity to help lead such a tremendous group of young ladies on and off the pitch,” said Malkiewicz.

Prior to coaching, Malkiewicz played at East Carolina University where she appeared in 80 games from 2008-2011 totaling 69 career points off of 25 goals and 19 assists. As a forward, she was a three-time All-Conference USA member ranking second in career assists, third in goals and fourth in points at ECU.

Malkiewicz earned a bachelor’s degree from ECU in math education and earned her master’s degree in Health and Human performance at Concord. She holds a United State Soccer Federation (USSF) “B” license and has served as the associate coach in training (ACT) for the United State Region I Olympic Development Program since July 2013.