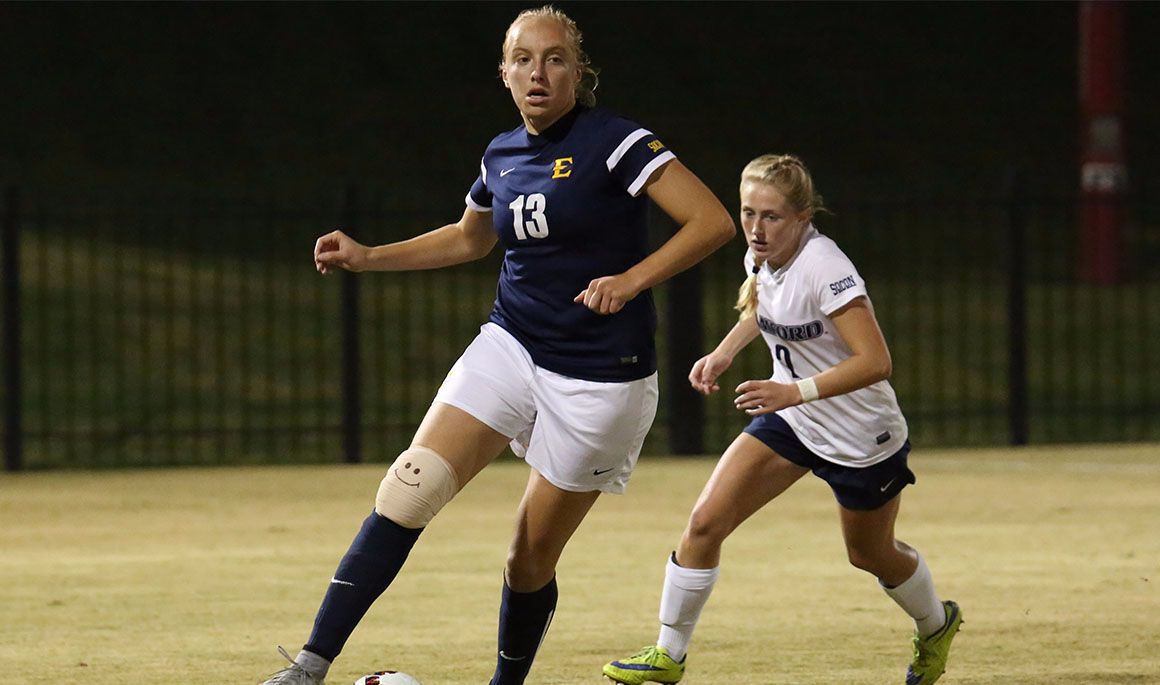 ETSU will play their final exhibition on Aug.13 at Gardner-Webb

JOHNSON CITY, Tenn. (August 6, 2015) – After two half’s and one 20-minute extra time session, the ETSU women’s soccer team was able to come away with a 2-1 victory over Lipscomb to open up exhibition play on Saturday night inside Summers-Taylor Stadium.

Lipscomb got on the board first when forward Olivia Doak raced up the middle of the field to give the Lady Bisons a 2-on-1 break. After a touch pass and go from Doak, she drilled the ball into the back left corner of the net to give Lipscomb the early 1-0 lead.

It didn’t take ETSU long to answer back as six minutes later freshman Georgia Allen (Suffolk, England) took a free kick just outside of the box and placed the ball past the diving Lipscomb goaltender in the bottom left corner to tie the game up at 1-1.

The Bucs and the Bison went back and forth with possession of the ball all the way up to the 79th minute when a handball was recorded by Lipscomb giving ETSU a penalty kick. The first penalty shot by Georgia Allen was saved but a line judge call gave ETSU and Allen another chance at the penalty kick.

The second time was a charm for Allen as she rocketed the ball into the top right corner of the net to earn her second goal of the night, giving ETSU the 2-1 lead.

After two half’s were complete, ETSU and Lipscomb decided to play 20 minutes of extra time in which neither team was able to score a goal despite multiple shots from both teams.

The Bucs will play their final exhibition contest next weekend, Aug.13 at 7:00 p.m. when they travel to take on the Bulldogs of Gardner-Webb. ETSU will being the regular season on Aug.19 inside Summers-Taylor Stadium against USC Upstate at 7:00 p.m.