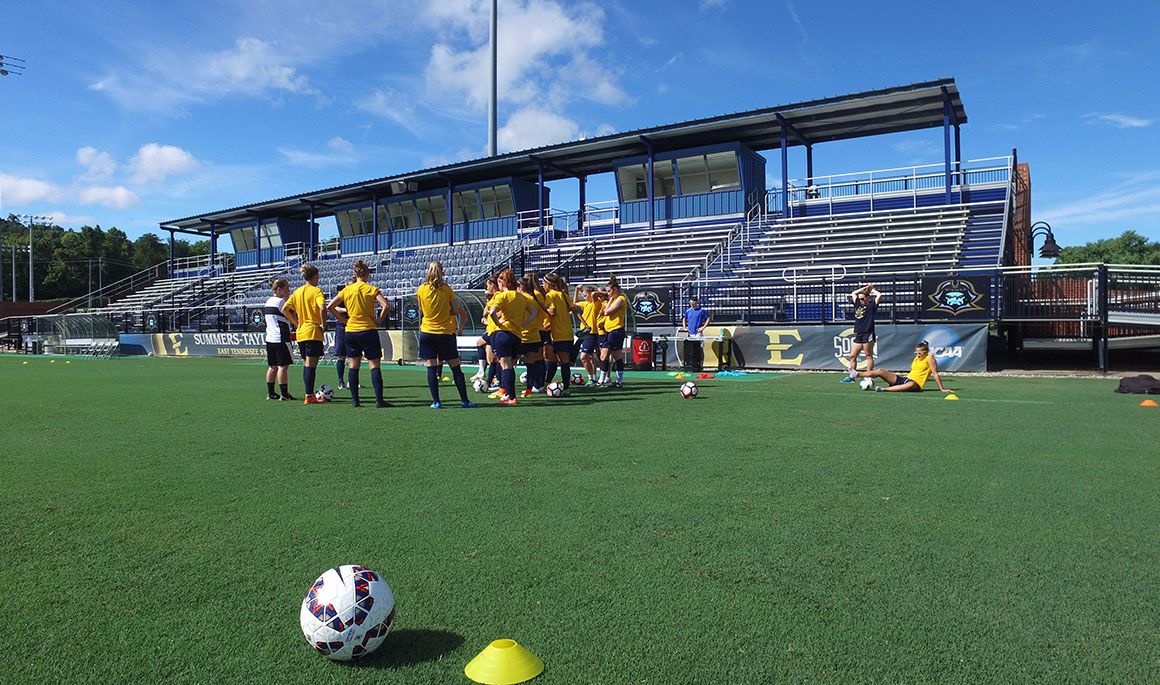 ETSU begins the regular season on Friday, Aug.19 at 7:00 p.m. inside Summers-Taylor Stadium vs. USC Upstate

JOHNSON CITY, Tenn. (August 10, 2016) – ETSU women’s soccer players arrived on campus nearly a week ago and have begun preparations with two exhibitions contests to prepare for the upcoming 2016-17 season.

“All of the seniors have an important role to help the newcomers,” said Re. “I remember my freshman year it was not easy but we are doing well this preseason and I’m looking forward to the season and my senior year.”

Along with a veteran team, the blue and gold welcome six newcomers to the squad in Elena Pisani, Allie Duggan, Georgia Allen, Kourtney Gaylord, Alyssa Frey and Danielle Sparkman.

Last Saturday in the Bucs first exhibition contest against Lipscomb it was freshman midfielder Georgia Allen who stole the show recording two goals in a 2-1 victory over the Lady Bisons. ETSU will play in their final exhibition game on Saturday, Aug. 13 when they travel to Boiling Springs, N.C. for a match-up with Gardner-Webb.

“Just coming in and getting the experience is key. I didn’t want to come in with any expectations because I’m just a freshman so I just want to learn as much as I can off the more experienced players,” said Allen. “I cannot wait for the season and really excited to get going.”

Last season, ETSU compiled an overall record of 9-9-1 and 4-5-1 during SoCon play and raced out of the gates to start the season winning four of their first five games.

A key loss for ETSU was losing SoCon Player of the Year, Sarah Zadrazil to graduation. Zadrazil leaves as the ETSU career leader in  points, assists, game-winning goals, shots attempted and shots on goal. While the loss is significant, Sayers believes the Bucs are primed for another big year on the pitch.

“We are going to be relying on everybody. The schedule is quite demanding both physically and mentally but we do have a large group of seniors with a great deal of experience so they will be a very important factor,” said head coach Adam Sayers.

Heading into the 2016 campaign, the ETSU record book will ultimately look to be re-written again as goalkeeper Jasmine Elliott is one shutout away from becoming ETSU’s career leader in shutouts with 10. After scoring seven goals last season Simona Koren could move into the top five in career goals scored while Molly Collinson can move into the top five as well in shots attempted.

ETSU will play their final exhibition game on Saturday before returning home to open up the 2016 campaign against the Spartans of USC-Upstate, Aug.19 at 7:00 p.m. inside Summers-Taylor Stadium.