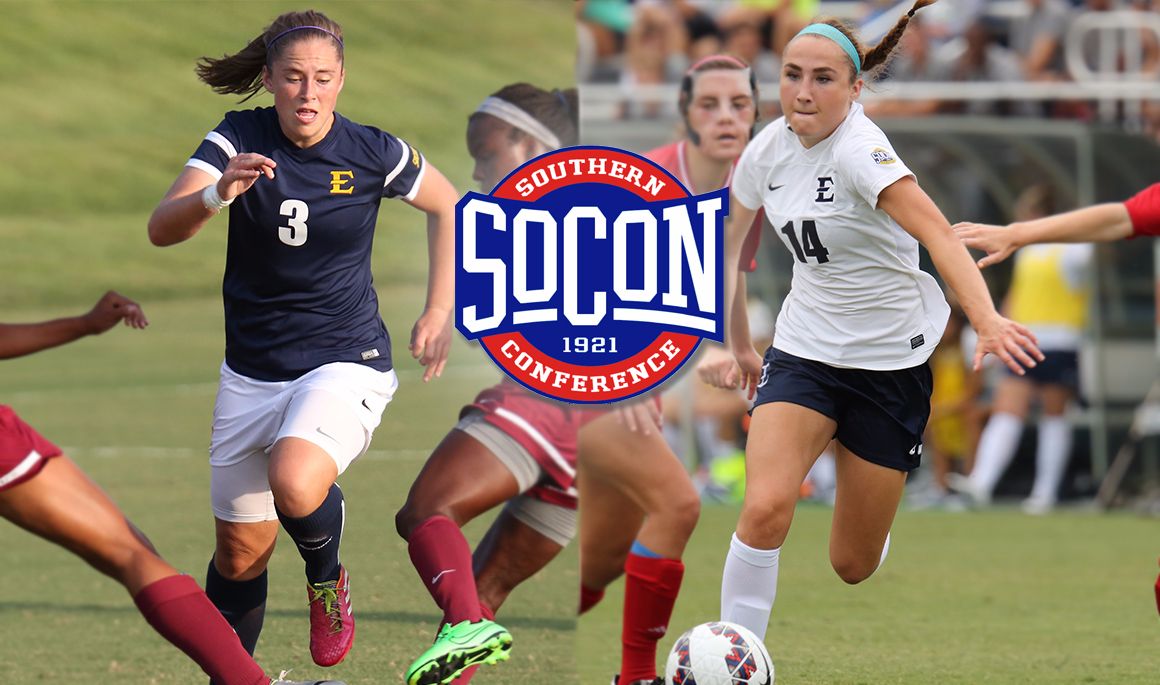 It is the second straight year that Collinson has been named to the preseason All-SoCon team after a year in which she played in 18 games, scoring six goals along with eight assists for a total of 20 points. The senior midfielder ranked third in the SoCon in assists with eight and was ranked top five in four offensive categories.

Last season against Eastern Kentucky, Collinson recorded her first multi-goal game of her career along with scoring the sixth fastest goal in ETSU history just 2:10 into what turned out to be a 4-2 victory for the Bucs.

McKerlie earns the preseason All-SoCon honor after recording a stellar freshman campaign in which she was named to the SoCon All-Freshman team. The defenseman competed in all 19 games for the Bucs recording 21 shots, 13 of which were on goal. McKerlie was an integral part of the ETSU defense that held opponents to just 1.58 goals per game.

The Dumfries, Scotland native made an impact right away for the blue and gold helping the Buc defense allow just three goals in the first four games en route to a 3-1 start. McKerlie recorded her first collegiate goal in a 3-1 victory over Western Carolina on Oct.2.

As voted on by the coaches, ETSU was picked to finish fifth in the SoCon Preseason Poll with 56 votes. Samford was picked to win the conference with eight first-place votes followed by Furman and UNCG, who each received one first place vote.

ETSU begins the regular season on Friday, Aug. 19 at 7:00 p.m. when they host the Spartans of USC Upstate inside Summers-Taylor Stadium.