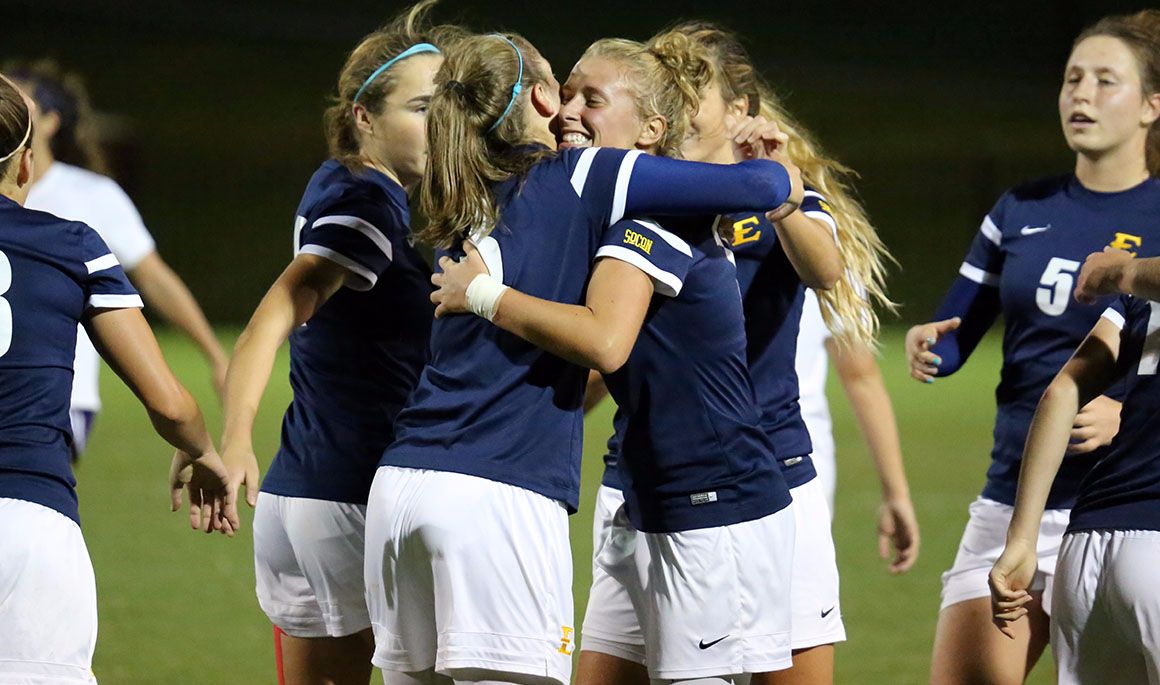 ETSU begins the regular season on Aug.19 at home vs. USC Upstate

BOILING SPRINGS, N.C. (August 13, 2016) – The ETSU women's soccer team concluded their exhibition schedule on Saturday night as they fell on the road to Gardner-Webb, 2-1.

The Bucs were on the attack early recording four shots within the first ten minutes of play. Despite the consistent offensive attack by ETSU, the game remained scoreless at halftime.

ETSU got on the board first early in the second half as sophomore Eleonora Goldoni ( Ferrara, Italy) headed in a goal in the 60th minute. A foul by Gardner-Webb set up a free kick for sophomore Irina Brutsch (Zurich, Switzerland) who placed the ball perfectly into the box where Goldoni headed the ball into the far post to give ETSU the 1-0 lead.

The Runnin' Bulldogs tied the game up in the 80th minute thanks to Stina Kleppe centering the ball and firing a shot that found the back of the net in the top corner. Six minutes later, Gardner-Webb took the lead when Justine Ibarra struck the ball into the top left corner to ultimately give the Runnin' Bulldogs the 2-1 victory.

ETSU will begin the 2016 campaign next Friday, Aug.19 when they host USC Upstate at 7:00 p.m. inside Summers-Taylor Stadium. It will be the first of two straight home games to start the season as four days later on Aug.23 the Bucs host Radford at 7:00 p.m.