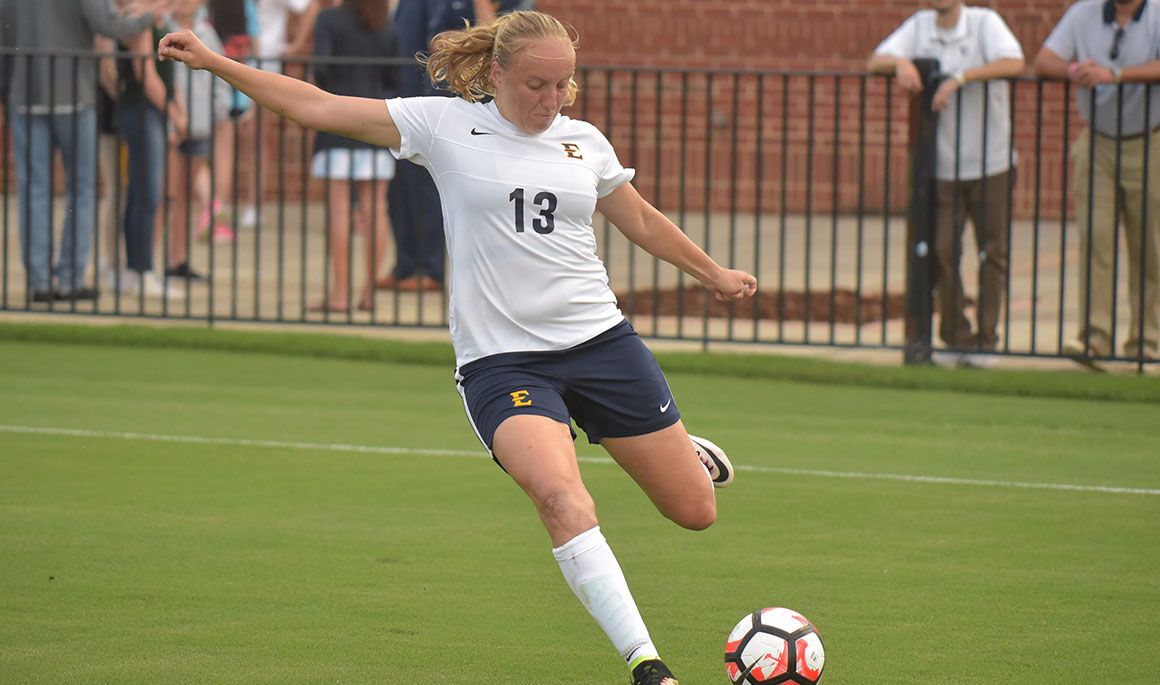 JOHNSON CITY, Tenn.  (August 26, 2016) – On Sunday the ETSU women’s soccer team will travel to Knoxville, Tenn. for their first road contest of the 2016 campaign against the University of Tennessee. The match is set for 6:00 p.m.

Travel Information
Any fans who may be traveling to Knoxville to support the Bucs, please read the athletic venues policies at Tennessee, click here

Scouting the Bucs
For the third straight year the Bucs have started 2-0 on the season, posting back-to-back shutouts over USC Upstate and Radford. It’s the first time since 2003 that ETSU has started the season with back-to-back shutouts. Last Friday against USC Upstate, freshman Georgia Allen (Suffolk, England) scored the lone goal for the Bucs while on Tuesday senior Simona Koren (Graz, Austria) scored the only goal versus Radford.

Streaking at 14
Since Sept.11 of last season the Bucs have outshot their opponents in 14 straight games. In 2016, ETSU is outshooting its opponents 32-13.

Scouting the Vols
Tennessee heads into Sunday’s contest with an overall record of 1-2-0 and is coming off a 1-0 loss against Washington on Thursday night. The Vols rank third in the SEC in shots per game with 16.3 yet have registered just one goal this season. Tennessee was picked to finish ninth in the preseason SEC coaches’ poll.