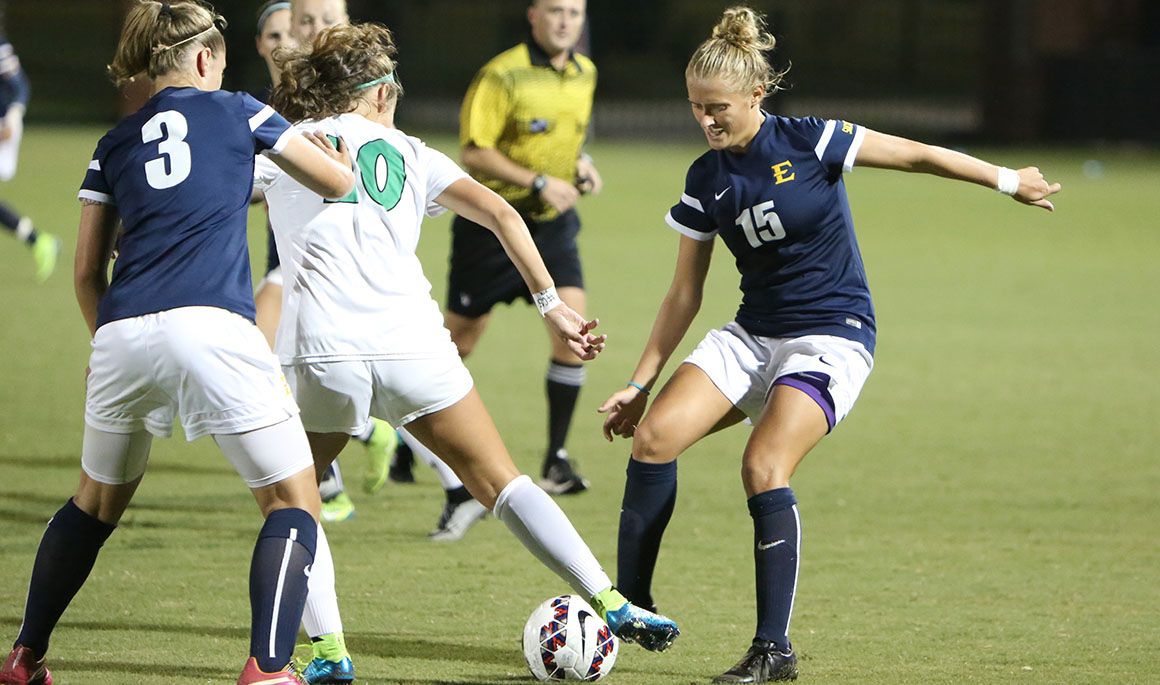 The Bucs return home on Wednesday, Sept.7 vs. Winthrop at 7 p.m.

A game after recording a season-high 22 shots, the Buccaneers were unable to get the offense going registering just seven shots, three of which were on goal. ETSU was outshot overall nine to seven. It’s the first time since Oct.23, 2015 against Samford that the Bucs have been shutout.

Marshall was on the attack early and capitalized on ETSU turnovers, scoring the first goal of the game just five minutes in. After a turnover in the ETSU zone, Marshall’s Jayne Lawman raced up the left side crossing it over to a streaking Jordan Sackaris who got just enough of the ball to slowly trickle into the back of the net to give Marshall the early 1-0 lead.

ETSU’s first opportunity of the match came in the tenth minute when sophomore Eleonora Goldoni (Ferrara, Italy) tried to set up senior Simona Koren (Graz, Austria). After a pass from sophomore Michaela Daniels (Charlotte,N.C.), Goldoni looked to chip the ball up and over the goalkeeper and onto the foot of Koren but Marshall goalkeeper Emily Moreland snatched it out of the air to eliminate the scoring chance.

The Thundering Herd added another goal in the first half as Sydney Arnold scored her second goal of the season and second in as many games in the 24th minute. The game remained deadlocked as Marshall took a 2-0 lead into halftime.

Offensively, ETSU was a different team in the second half recording five shots compared to just two shots in the first half.

The Bucs best chance offensively came in the 55th minute when sophomore Rachel Harbin (Arlington, Tenn.) stole the ball in the Marshall zone. Harbin proceeded up the left side of the field and dropped the ball off to Goldoni who blasted a shot towards the right post but Moreland was there to make the diving save.

Marshall added one more goal in the 88th minute by Gabby Powers to secure the 3-0 shutout victory. The Thundering Herd improve to 2-2-1 on the season while the Bucs fall to 2-3-0.

Goldoni led the Bucs with two shots, one being on goal. ETSU recorded more corner kicks, 7-4 while being outshot in shots on goal, 7-3. Senior goalkeeper Jasmine Elliott (Preston, England) made four saves on the afternoon.

ETSU will have a quick turnaround as they come home to host the Winthrop Eagles on Wednesday, Sept. 7 at 7:00 p.m inside Summers-Taylor Stadium. It will be the first of only two home games for the blue and gold in the month of September.