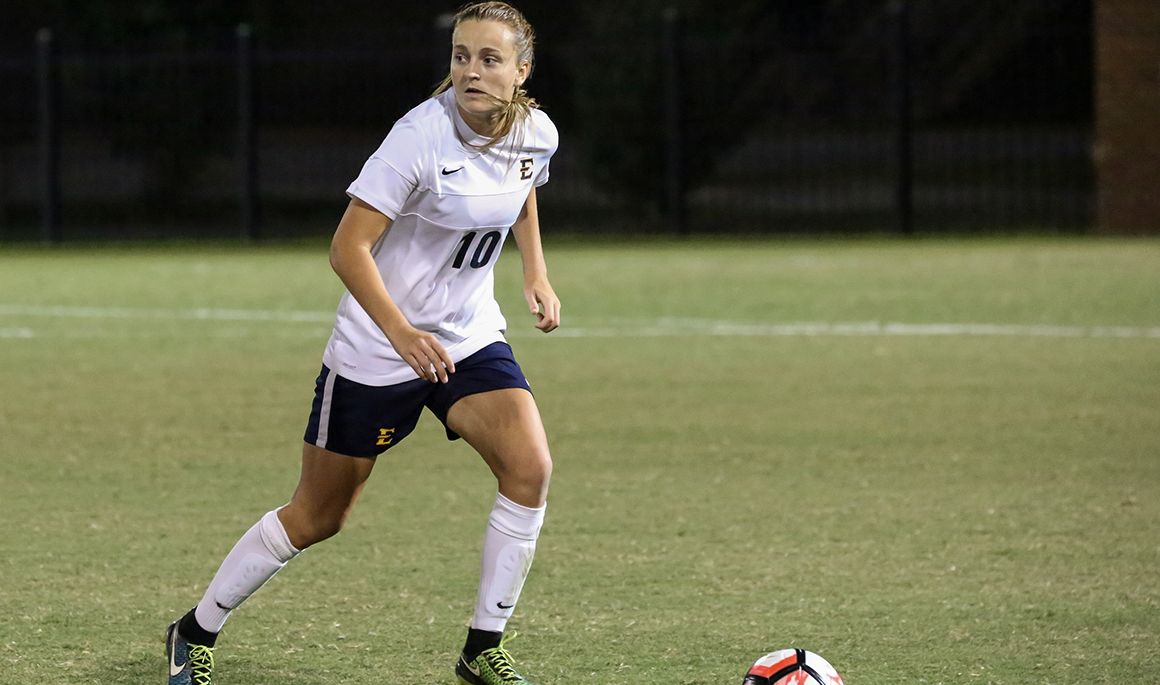 Bucs look to clinch their first road victory of the season

JOHNSON CITY, Tenn.  (September 9, 2016) – On Sunday, the ETSU women’s soccer team looks to claim their first road victory of the season as they head to Cookeville, Tenn. to take on the Golden Eagles of Tennessee Tech.

Scouting the Bucs
The Buccaneers head into Sunday’s contest with an overall record of 3-3-0 and is coming off a 2-0 victory on Wednesday over Winthrop. The win snapped ETSU’s three-game skid as the Bucs begin the season 3-0 at home with three shutouts for the first time since 2004.

Good as Goldoni
Sophomore Eleonora Goldoni (Ferrara, Italy) has followed her freshman season with an even better sophomore year leading the Bucs in goals (4), points (9), shots (17), shots on goal (11), shots on goal percentage (.647) and game-winning goals (1).

When you need an assist…

Leading the Southern Conference in assists is sophomore Irina Brutsch (Zurich, Switzerland) with four. Brutsch picked up an assist in the 2-0 victory over Winthrop on Wednesday and had her first multi-assist game of her career against Davidson.

Scouting the Golden Eagles
Tennessee Tech has an overall record of 3-2-0 with victories over UNC Asheville and fellow SoCon opponent Mercer. Before the Golden Eagles and Bucs meet, Tennessee Tech travels to play Middle Tennessee on Friday. TTU is led by senior midfielder Abi Gearing who leads the team in goals (3), points (6) and shots on goal percentage (.833).

ETSU hosts the 2016 SoCon Women’s Soccer Tournament
For the first time in school history, the ETSU women’s soccer program will host the 2016 Southern Conference women’s soccer tournament. The tournament begins with the semi-final matches on November 4, followed by the championship game on Nov.6. The tournament will be played inside Summers-Taylor Stadium.  For more information, CLICK HERE.