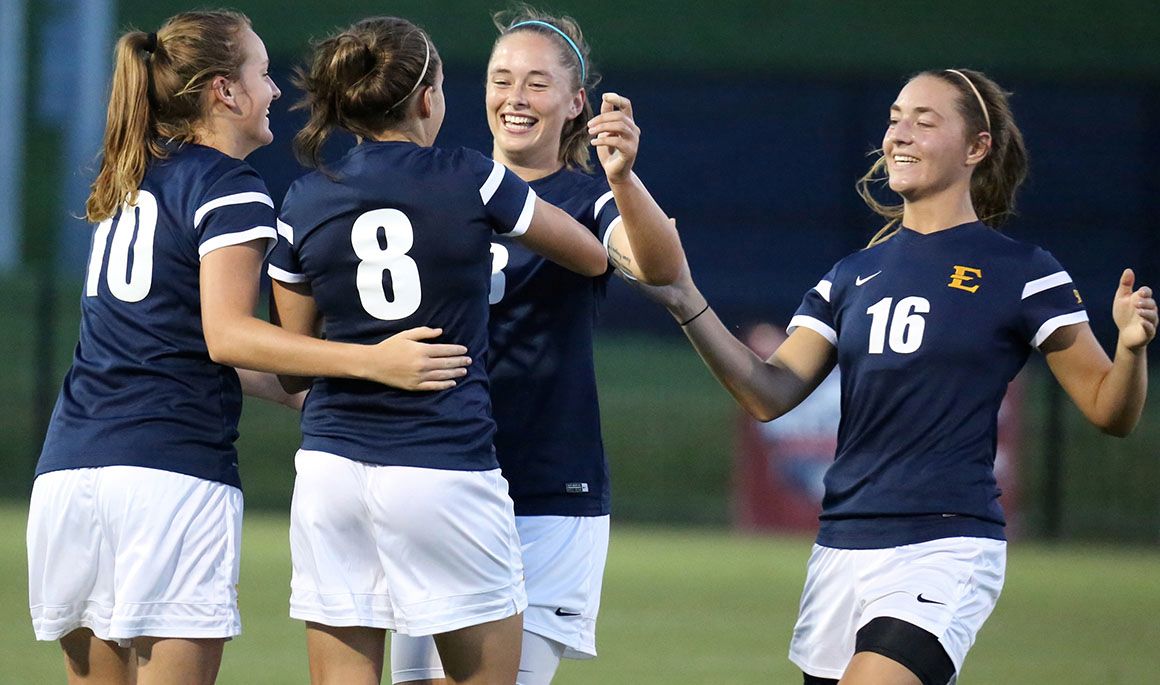 ETSU opens up SoCon play at The Citadel on Friday; followed by at Mercer Sunday

JOHNSON CITY, Tenn.  (September 22, 2016) – Southern Conference play will begin on the road for the ETSU women’s soccer team as they head to Charleston, S.C. for their SoCon opener at The Citadel on Friday, Sept. 23.

Scouting the Bucs
ETSU heads into the weekend currently riding a two-game win streak with an overall record of 5-3-1. ETSU has won back-to-back games, outscoring their opponents, 10-1. This weekend will be the second and third stop for the Bucs on their season long four game road trip.

The Road is a Familiar Place
Since 2010, ETSU is 5-1 in conference openers between the SoCon and the Atlantic Sun. In their first conference road game of the season, ETSU holds a record of 4-2 since 2010.

Not how you start, it’s how you finish
In the 7-0 victory over South Carolina State last Sunday, the Bucs scored six goals in the second half, the second most goals scored in a half in program history. During the 2016 campaign, the blue and gold are outscoring their opponents, 13-4.

Coaching Milestone
Head coach Adam Sayers is one victory away from becoming the fastest coach in ETSU women’s soccer history to 60 wins, doing so in 101 games.

Scouting The Citadel
The Citadel heads into Friday’s contest with the Bucs with an overall record of 3-4-0, tripling their win total from a season ago. The Bulldogs are currently on a four-game losing streak falling to Charleston Southern, College of Charleston, Vermont and Jacksonville State. In the four losses, The Citadel have been held scoreless three times.

Scouting Mercer
Before the Bears take on the Bucs on Sunday, Mercer will play host to Western Carolina on Friday, Sept.16. Mercer has an overall record of 2-5-1 and has gone 200 minutes without scoring a goal. In their previous game against No.3 Florida State the Bears fell, 2-0. Mercer is led by senior Maddie Clark who leads the team in shots (16), goals (4) and points (9).