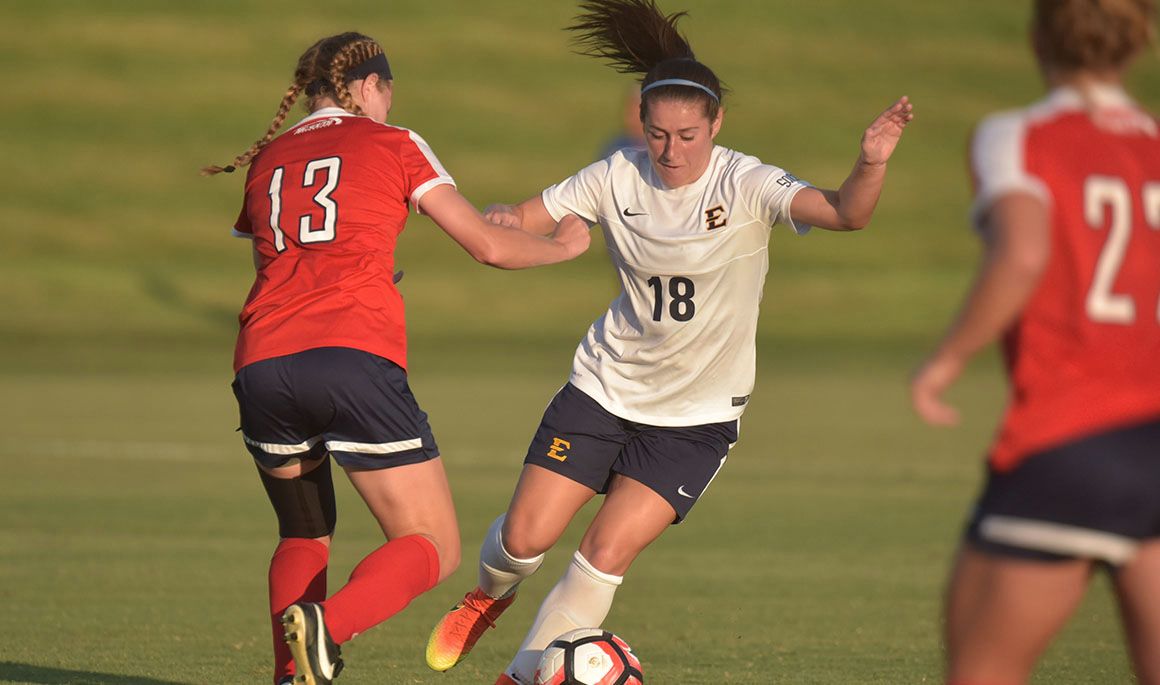 JOHNSON CITY, Tenn.  (September 29, 2016) – The Buccaneers season-long four-game road trip comes to an end on Friday as the ETSU women’s soccer team heads to Cullowhee, N.C. to go up against the Catamounts of Western Carolina.

Scouting the Bucs
After seeing their three-game win streak snapped last weekend, the Bucs head into their contest with Western Carolina with an overall record of 6-4-1 and 1-1 in Southern Conference play. Last weekend ETSU was able to split defeating The Citadel, 4-1 on Friday and falling to Mercer, 3-2 on Sunday.

Good as Goldoni
Sophomore midfielder Eleonora Goldoni (Ferrara, Italy) has been an offensive weapon for the Bucs leading the team in goals (7), points (16), shots (28) and shots on goal (19). Goldoni has registered a goal in each of the last three games and dating back to last year has scored a goal in the last four SoCon matches.

Not how you start, it’s how you finish
In the second half this season, ETSU has outshot their opponent 96-76 while outscoring the opposition 18-7 in the final 45 minutes.

Scouting the Catamounts
Western Carolina heads into Friday’s contest with a 2-0 record in the SoCon and overall record of 5-6. The Catamounts are currently on a three-game winning streak defeating Tennessee Tech, Mercer and The Citadel. WCU is led by Kasey Cooke who has four goals and leads the conference in game-winning goals with three.

A Look Ahead
After Friday’s contest, the Bucs return home for their first home SoCon contest against UNC-Greensboro on Friday, October 7 at 7:00 p.m. ETSU will play four of their last six games at home before hosting the SoCon Tournament, Nov.4-6.