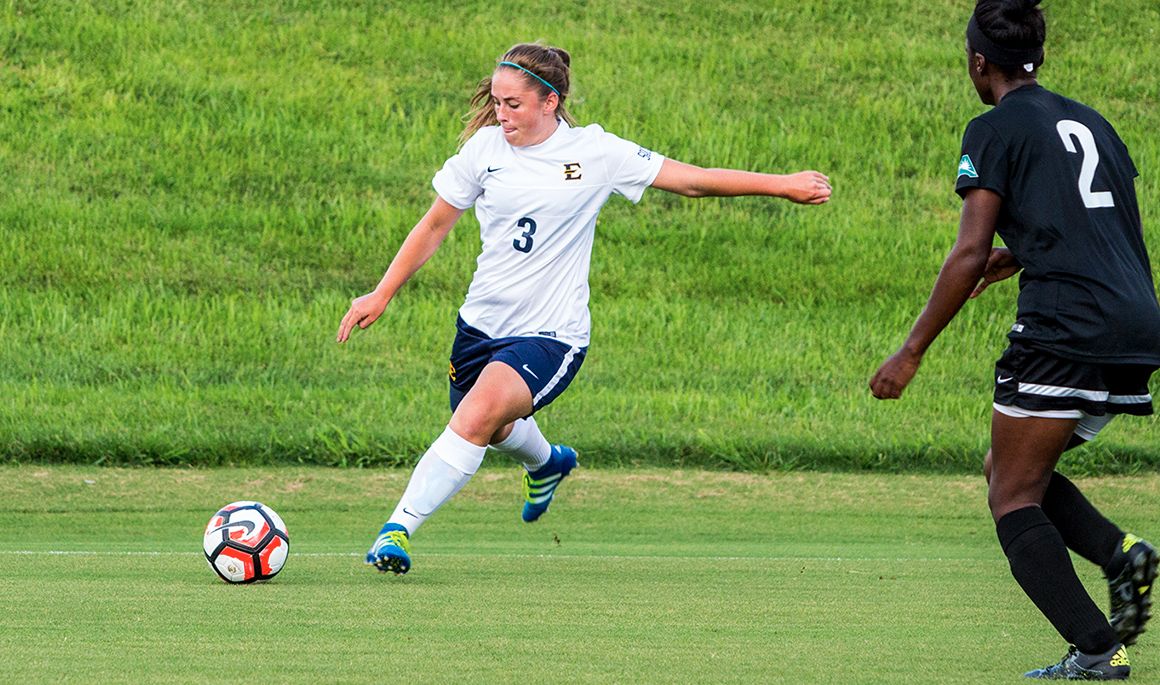 The Bucs play four of their final six games at home

Scouting the Bucs
ETSU heads into their first SoCon home weekend with an overall record of 7-4-1 and 2-1 in Southern Conference play. The Bucs have won five of their last seven games previously defeating Western Carolina, 3-2 on the road last Friday.

Home Sweet Home
ETSU is 4-0 at home inside Summers-Taylor Stadium this season with three wins coming by way of shutout. The blue and goal have allowed just one goal at home and have outscored opponents, 7-1. The Bucs are looking to start 5-0 at home for the first time since 2014.

Eleonora GOOOAAALLLdoni
Sophomore Eleonora Goldoni (Ferrara, Italy) has been a key offensive weapon for the Bucs recording a goal in four straight games. Dating back to last season, Goldoni has registered at least one goal in five straight SoCon contests. Against Western Carolina last Friday, Goldoni recorded her third career multi-goal game and the game-winning goal in the 83rd minute.

Conference Home Openers
As part of both the SoCon and the Atlantic Sun, the ETSU women’s soccer team has been dominant in their conference home opener compiling an overall record of 10-3-1 since 2002.

Scouting the Spartans
UNC-Greensboro has an overall record of 4-7-2 and 1-1-1 in SoCon play. Last weekend the Spartans had a pair of home SoCon contests as they tied with Wofford on Friday night and defeated Furman, 4-0 on Sunday. Junior midfielder Melanie Spensiero leads the UNCG offense with four goals, 17 shots and two game-winning goals.

Scouting VMI
The Keydets are 5-7 overall and 2-1 in SoCon play entering the weekend. Before VMI plays ETSU, they begin a four-game road trip on Friday when they take on Western Carolina in Cullowhee, N.C. Within the SoCon, VMI ranks fourth in shots with 159, averaging 13.25 per game.