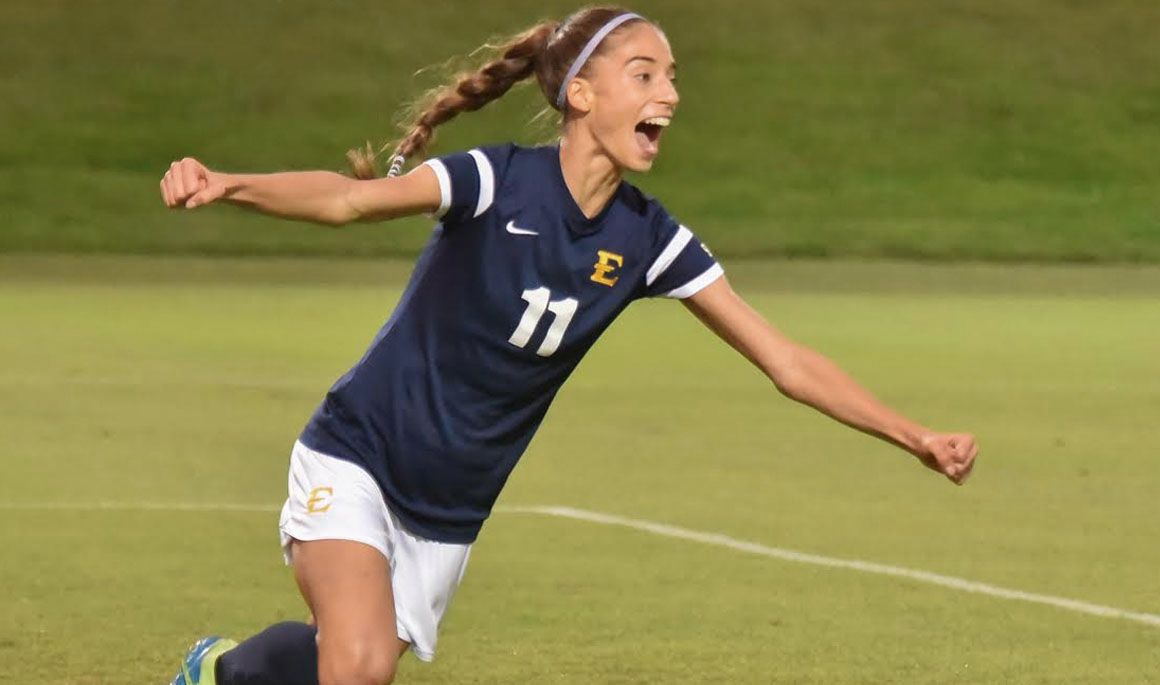 “Couldn’t be prouder of the players tonight it was a magnificent performance and a very important result,” said head coach Adam Sayers. “The girls started the game bright, we knew it would be important to switch the play effectively and we did it from the very first whistle.”

Sophomore Eleonora Goldoni (Ferrara, Italy) recorded her 10th goal of the season in the eighth minute to give ETSU the early 1-0 lead. For Goldoni, it was her fifth straight game with a goal and sixth straight SoCon game with a goal.

The Buccaneers recorded their fifth shutout of the season and the fourth at home which is one shy of tying the school record for most shutouts at home in a single season. ETSU has given up just one goal in five home games.

“We have done very well at home, we have turned it into a fortress and a difficult place to come and play,” said Sayers. “We have had a great run of results here and we hope to continue to keep doing that.”

ETSU clinched their eighth victory of the season when scoring the first goal as Goldoni gave the Bucs the 1-0 lead in the eighth minute. After a cross from the left side by senior Molly Collinson (Cramlington, England), Goldoni came racing in up the middle and blasted the ball into the back left corner of the net to give ETSU the 1-0 lead.

However, that was it for the Bucs in the first half as ETSU was unable to capitalize on six shots, three of which were on goal. At halftime, Goldoni led the Bucs with four shots while Collinson and sophomore Michaela Daniels (Charlotte, N.C.) each recorded a shot.

It was much of the same in the second half as ETSU dominated the time of possession and rocketed off seven shots to UNCG’s three. The best chance for UNC-Greensboro came in the 67th minute when Megan Linde hit the crossbar and then put the ball into the back of the net to apparently tie the game up. However, UNCG was offside on the play which preserved the ETSU shutout.

The Bucs had a chance to extend their lead late in the game as Collinson was able to get off a shot on the left side of the box but UNCG goalkeeper Chloe Buehler made one of her five saves on the night.