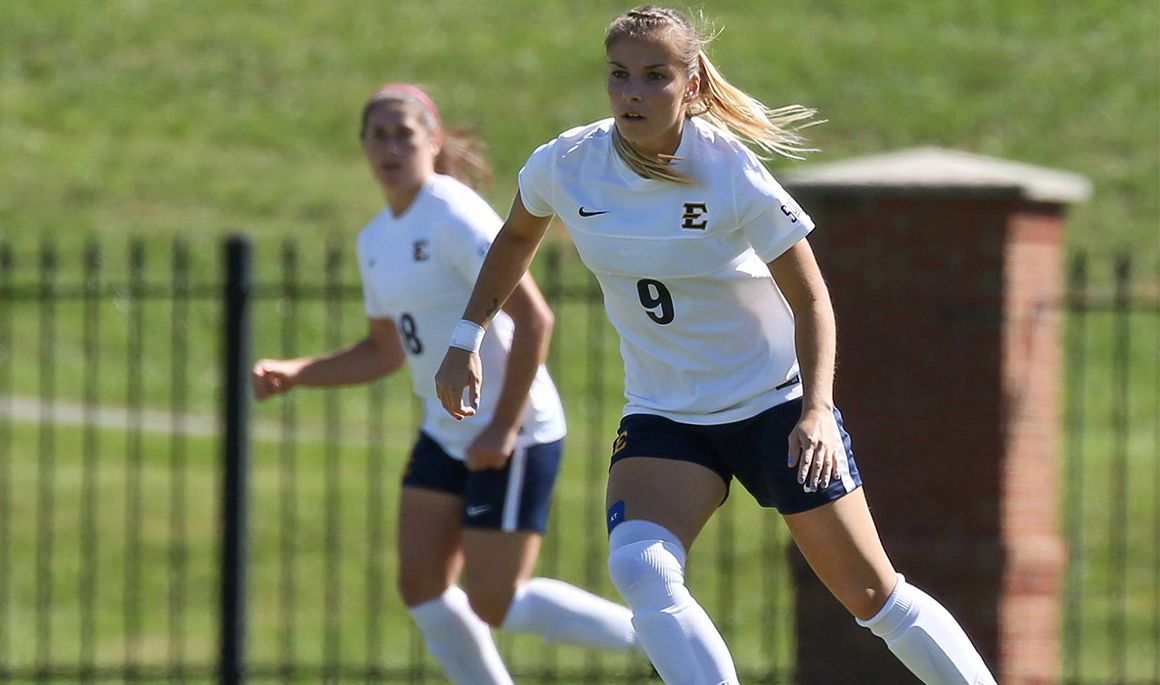 JOHNSON CITY, Tenn.  (October 13, 2016) – ETSU women’s soccer is set to hit the road for the final time this season as the Bucs square off against Chattanooga on Friday followed by at Samford on Sunday.

Scouting the Buccaneers
The Bucs head into the road week atop the SoCon standings with an overall record of 9-4-1 and 4-1 in conference play. ETSU is currently riding a three-game winning streak and have won seven of their last nine games by a combined score of 26-8.

Goldoni Shines Bright!
Sophomore midfielder Eleonora Goldoni (Ferrara, Italy) leads the SoCon in goals with 11, becoming the first ETSU player since 2014 to score double-digit goals. Goldoni has recorded a goal in six straight games and seven straight versus the SoCon.

Buc Defense Shutting Out the Competition
In 2016, the ETSU has been strong posting six shutouts this season, five of which have come at home inside Summers-Taylor Stadium. The Bucs are just one shutout shy of tying the school record for most shutouts in a single-season.

Inside the Numbers
On Fridays this season, ETSU is a perfect 5-0 … the Bucs are 7-0 when leading at the half and 9-0-1 when scoring the first goal … the three “1-0” victories by ETSU this season is tied for the most 1-0 victories in a single-season … Despite allowing more corner kicks to opponents, ETSU holds a 4-2-1 record when having less corner kicks.

Scouting Chattanooga
Chattanooga has an overall record of 5-8-1 and 3-2 in the SoCon heading into Friday’s contest. The Mocs have won three of their last four games defeating Mercer, 2-1 and falling to Samford, 4-0 last weekend. UTC is led by junior Ellie Myrick who is third in the SoCon in shots (39) and sixth in goals (5). Last season, UTC defeated ETSU at home, 3-1 on the final day of the regular season.

Scouting Samford
When the Bucs and Bulldogs get together on Sunday, it will be a battle of the top two teams in the Southern Conference as Samford has an overall record of 8-3-2 and 4-1 in the SoCon. Before Sunday’s contest, the Bulldogs put their three-game winning streak on the line against Western Carolina. Offensively Samford is led by Jermaine Seoposenwe who is second in the SoCon in goals with 10.