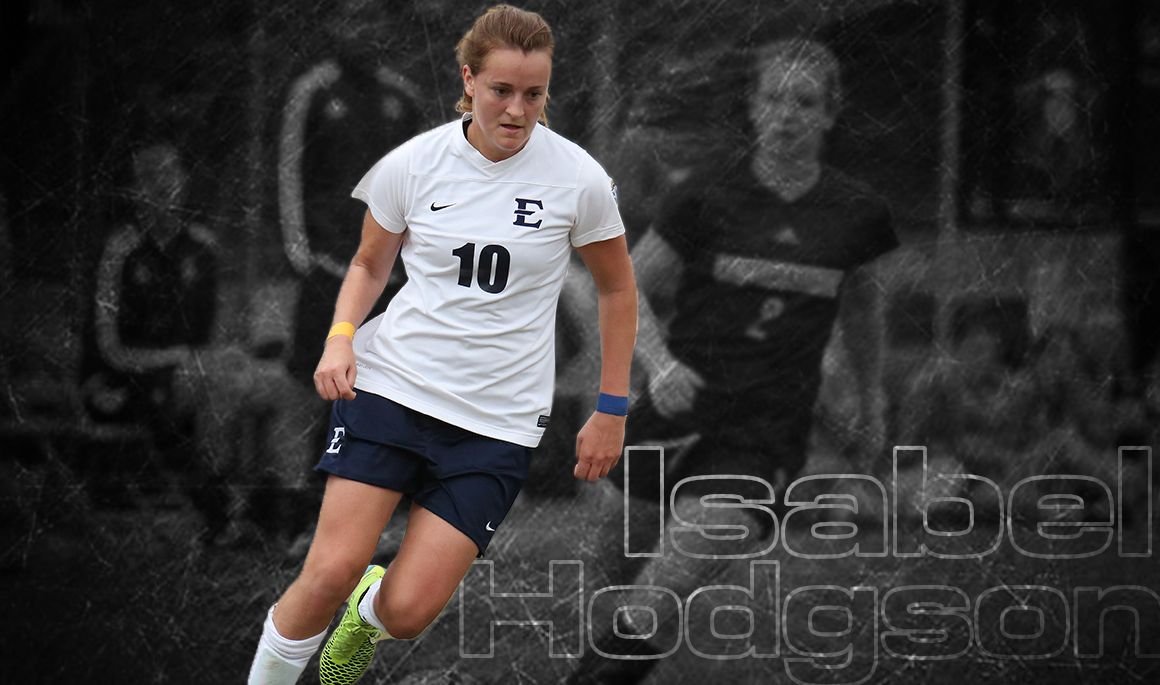 JOHNSON CITY, Tenn. – Heart beating fast, all eyes on you as your performance takes center stage. For ETSU women’s soccer defender Isabel Hodgson being center stage and in the spotlight is nothing new for her both on and off the field.

Hodgson, a native of Adelaide, Australia has one of the more unique majors of all ETSU student-athletes, theatre.

“I love acting and being on-stage and it has been something that I have enjoyed since I was young,” said Hodgson. “To be able to come over to the States and continue to perform on-stage while also playing soccer has been really fun.” 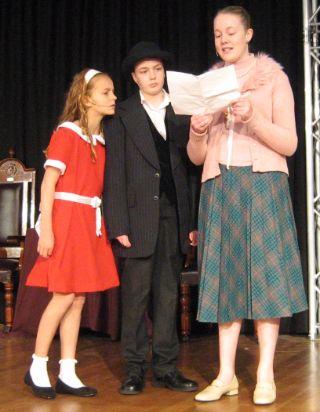 It all began at a young age for Hodgson as she started performing in plays when she was just five years old. Her first signature role was playing Gretl in the classic play, “The Sound of Music.” After her performance she was hooked, doing at least one show every year.

At eight years old, Hodgson had grasped a love of theatre that propelled her to winning a scholarship to a Performing Arts School. Two years later, Hodgson had the lead role of Annie in “Annie the Musical.” A musical her mother Kate Hodgson will never forget.

“I think fondly of this musical because it was her first really serious role that required her to be on stage 90 percent of the show with so many lines and songs to remember,” Kate said. “She performed the four shows brilliantly without missing a line.”

As Hodgson started to shine on the stage, the shine was even brighter on the pitch. She was a budding soccer star in Australia representing South Australia in their state soccer squads from U12 through U15, while also playing for Fulham United for 10 seasons.

Hodgson’s breakout season came in 2013 when she recorded 35 goals, having two games in which she scored five goals and 12 games with at least two. Her performance quickly grabbed the attention of head coach Adam Sayers.

“She is a very talented player,” said Sayers. “Izzy is a potent attacking threat for the clubs she has played for, while also carrying out other roles and responsibilities elsewhere.”

Prior to coming to ETSU, Hodgson was named captain of the U18 South Australian team and helped that squad to an unblemished record of 6-0-2 and team’s first ever championship. She then made the trip to Johnson City to pursue her passion for soccer while also pursuing a dream of performing on-stage. A reality that became more much difficult during her freshman year.

“It was a struggle to try and play soccer and do theatre because they are both very difficult outside of school commitments,” said Hodgson. “If we had five o’clock soccer training, I was training from five to seven, then from seven till ten I had theatre rehearsals, it was a lot.”

Despite the conflicting time commitments, Hodgson was able to succeed both on and off the field playing in all 19 games during her freshman campaign. She also received a starring role in the play “RENT” later in the semester.

“RENT has been the best play I have been in just because it was so much fun and the cast was so good and I got to meet so many wonderful people,” said Hodgson.

The life for an ETSU women’s soccer player isn’t all that different from an on-stage performer in the theatre department. Each requires a heavy dose of commitment to perfection in order to have the ultimate result. In soccer, the ultimate result is a victory, while in theatre it’s producing the best play.

While both professions are more difficult than most to make a career out of, each share the same values and life lessons that can resonate with somebody for a lifetime.

Not performing in the fall due to soccer obligations, Hodgson looks to start performing again in the spring semester as the ETSU theatre department is producing two shows, “5 Women Wearing the Same Dress”, February 21-25 and “Charlotte’s Web” April 9-13.