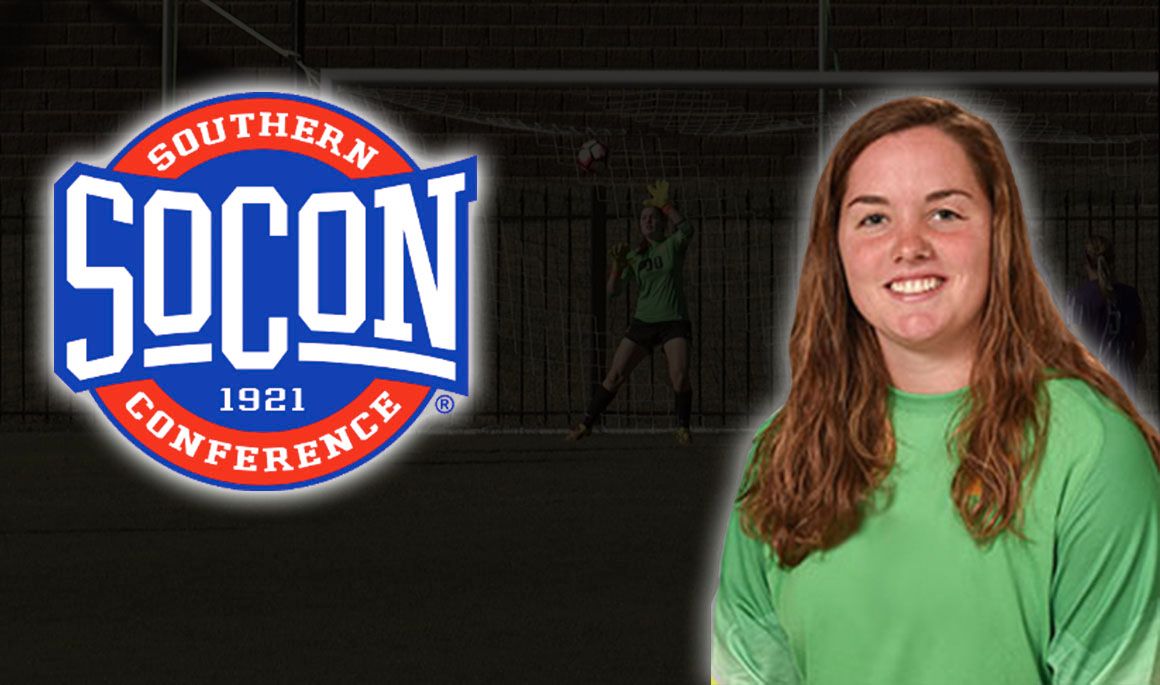 Cutshall earned two victories by way of shutout over the weekend

SPARTANBURG, S.C. (October 25, 2016) – The Southern Conference announced on Tuesday that sophomore goalkeeper LeaAnn Cutshall (Johnson City, Tenn.) was named SoCon Player of the Week for the week of Oct.17-23.

Last weekend, Cutshall and the Bucs recorded two victories by way of shutout over Wofford and Furman. Against the second ranked offense in the nation Furman, Cutshall recorded a career-high six saves to propel the Bucs to a 2-0 victory and the No.2 seed in the upcoming SoCon Tournament.

Cutshall in six career games has recorded three shutouts en route to an overall record of 4-1-1. The sophomore goalkeeper helped ETSU break the school record for most shutouts in a seasons (8) and most shutouts at home in a season (7).

Its the first SoCon Player of the Week honor for the Bucs this season. The ETSU women’s soccer team will host the winner of Western Carolina/Wofford on Saturday, Oct.29 at 7:00 p.m. in the SoCon Tournament Quarterfinals.