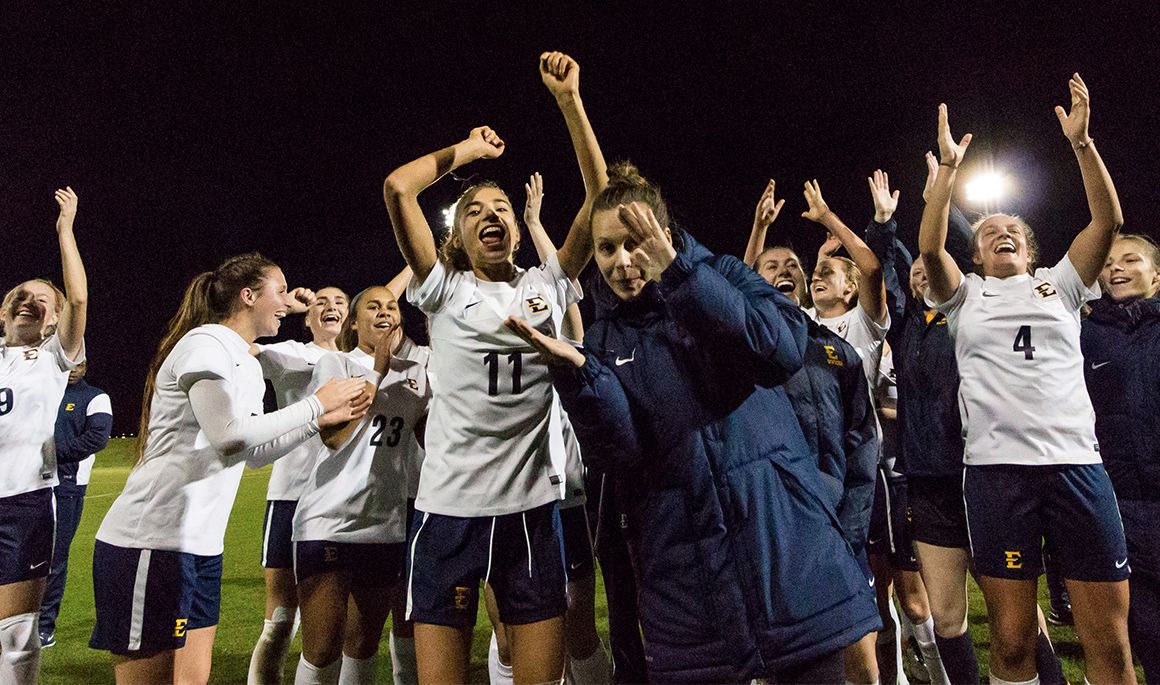 JOHNSON CITY, Tenn.  (November 5, 2016) – Off the heels of the program’s first Southern Conference Tournament semifinal victory over Mercer the ETSU women’s soccer team will play No.1 seed Samford in the SoCon Tournament Championship game on Sunday, Nov.6 at 1:00 p.m. inside Summers-Taylor Stadium.

Scouting the Buccaneers
ETSU has won four straight contests and is coming off a thrilling 3-1 victory over No.3 seed Mercer in the SoCon semifinals on Friday.

Last Time Out for ETSU
The blue and gold earned their first-ever SoCon semifinal victory on Friday as ETSU outshot the Bears, 24-7 en route to a 3-1 victory inside Summers-Taylor Stadium. Sophomore Isabel Hodgson scored a career-high two goals and tallied one assist in the victory.

Home Sweet Home: Another Record Falls
The historic season for the 2016-17 ETSU women’s soccer team continues as the Bucs recorded their 10th victory in Johnson City this season, breaking the program record. ETSU is 10-0 at home and has allowed just three goals at home all season.

Scouting Samford
Samford earned the SoCon regular season title after going 8-1 in conference play and has an overall record of 14-3-2. The Bulldogs defeated No.4 seed Furman, 2-1 in their semifinal match-up. The Samford offense is led by SoCon Player of the Year, Jermaine Seoposenwe.