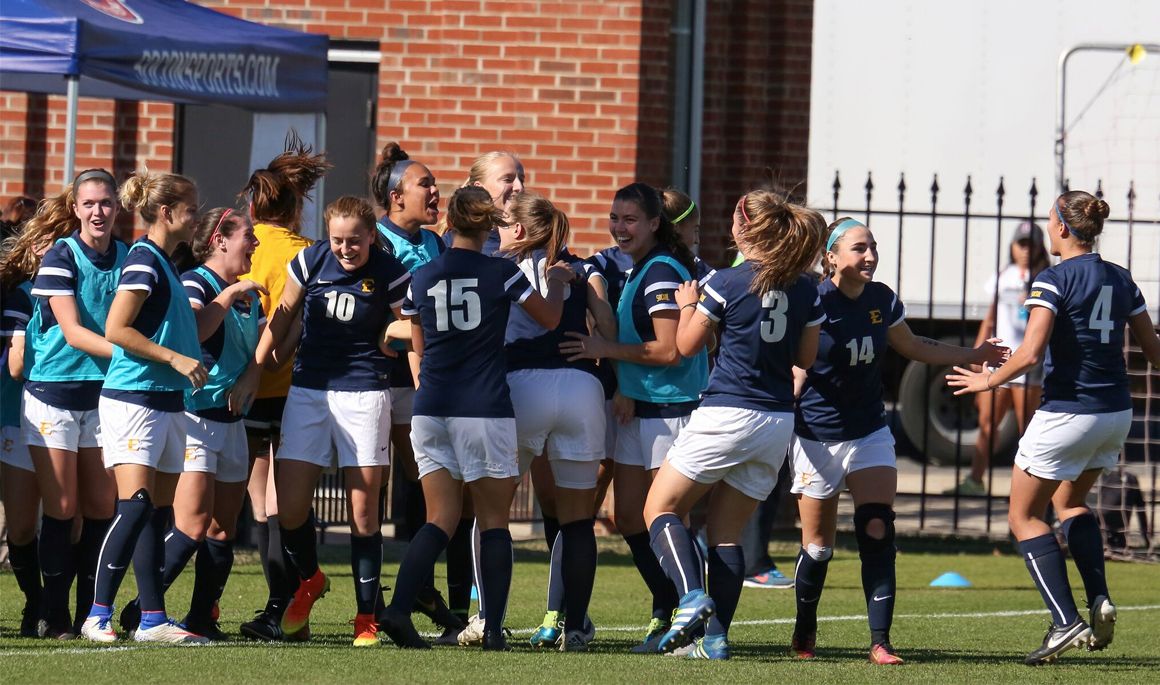 JOHNSON CITY, Tenn.  (November 6, 2016) – A historic season by ETSU women’s soccer came to an end on Sunday afternoon in the Southern Conference Tournament Championship game as the Bucs fell to Samford, 2-1 inside Summers-Taylor Stadium.

On the season, ETSU recorded an overall record of 13-6-2, 6-2-1 in the SoCon and dropped their first game at home during the 2016-17 campaign on Sunday. Despite the defeat, ETSU was able to break yet another record as they allowed just five goals at home this season, a program record.

“Couldn’t be prouder of the team and their performance this season,” said head coach Adam Sayers. “We couldn’t have asked any more from them.”

It was the Bucs first ever championship game appearance as the Bucs got outshot 13-6, including seven to two in the second half. The blue and gold didn’t register a corner kick while Samford managed to record eight on the afternoon.

The Bucs scored the eighth fastest goal in the SoCon this season to give them the early 1-0 lead as Hodgson registered her third goal of the SoCon Tournament just 2:19 into the game. Sophomore Irina Brutsch (Zurich, Switzerland) raced past two Samford defenders and was able to get off a shot from just outside the box.

Samford goalkeeper Anna Maddox recorded the first of her five saves on the day but couldn’t coral the rebound as Hodgson came streaking in to put the ball into the back left corner of the net to give ETSU a 1-0 lead. Hodgson recorded her third goal of the tournament and fifth of the season.

In the 36th minute the Bulldogs tied the game up as Anna Allen earned her second goal of the season. Off of a corner kick, the ball was headed into the air and then Allen headed the ball past sophomore goalkeeper LeaAnn Cutshall (Johnson City, Tenn.) to tie the game up at 1-1 heading into halftime.

The second half was dominated by Samford as the Bucs recorded just two shots on goal compared to the Bulldogs seven. Samford grabbed the game-winning goal in the 73rd minute of the foot of Abriella Argueta.

After a cross into the box Samford’s Malcanisha Kelley headed a ball high into the air where Argueta located and headed the ball into the top right corner of the net to give Samford the 2-1 lead.

In the final 2:38, the Bucs had three chances to get the equalizer but could only muster one shot near the end to fall in the SoCon Championship game. It was the first loss at home for the Bucs this season.