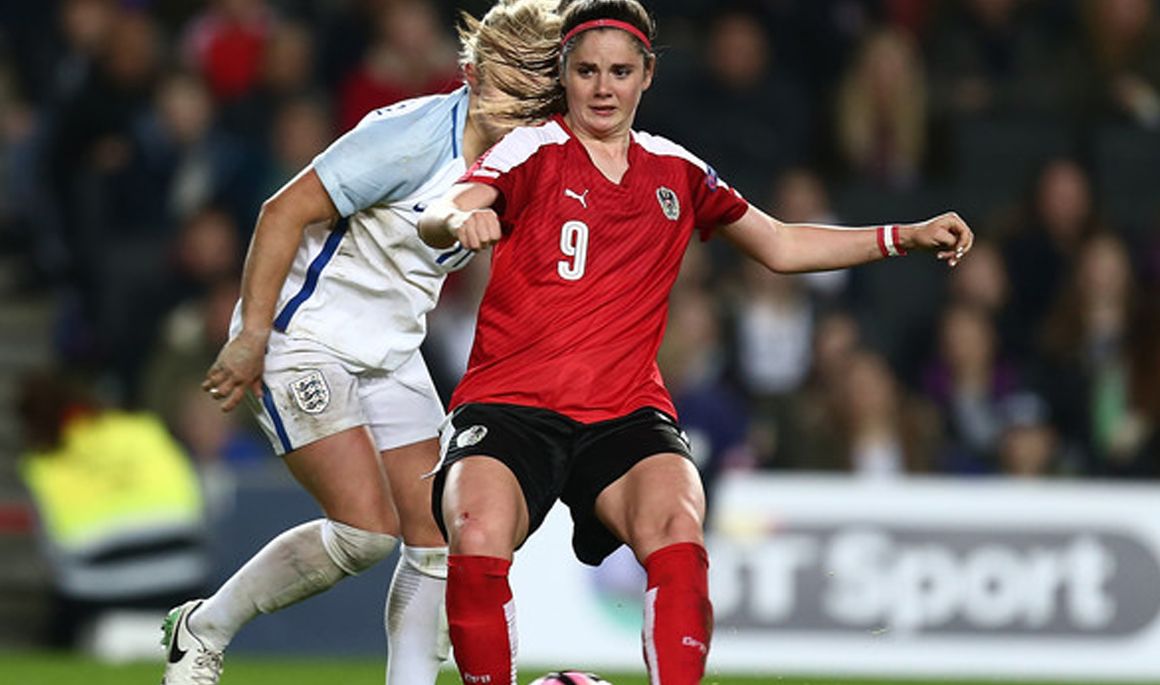 JOHNSON CITY, Tenn. (July 25, 2017) – After capping off a decorated four-year college career in 2015, former ETSU midfielder Sarah Zadrazil (St. Gilgen, Austria) will have an opportunity to compete on a bigger stage.

Zadrazil is currently playing with the Austrian National Team in the 2017 UEFA Women’s Euro Championship in the Netherlands. This is the first major tournament the Austrian national team has qualified for.

“We are very proud of Sarah,” said ETSU women’s soccer head coach Adam Sayers. “She is an excellent player, but more importantly a fantastic person. She deserves to play on the biggest stage. She was always very committed to her national team career and managed that brilliantly while at ETSU – balancing a lot of international travel for Austria games with her playing and academic career here. She is a fine ambassador for our team and university. We wish Sarah and Austria all the very best.”

From 2012-2015, Zadrazil earned numerous accolades at ETSU, including Southern Conference Player of the Year, ASUN Player of the Year and ASUN Freshman of the Year. She was also named to the all-conference and all-region teams. In 2014, she led the entire nation in assists with 20.

Austria is one of 16 teams in the tournament and is grouped with Switzerland, France and Iceland. Out of five teams making their tournament debut, Austria was the only team to win its first game.

Austria defeated Switzerland 1-0, recording the country’s first victory in a major tournament. Zadrazil earned the assist on the game’s only goal. Austria went on to tie France 1-1 in their second game, earning one point for its efforts in tournament play.

Austria is currently sitting atop Group C with four points and will face Iceland on July 26 at 2:45 p.m. Fans can catch the action on ESPN3. Austria will move on to the quarterfinals with a win or tie against Iceland or a Switzerland loss.