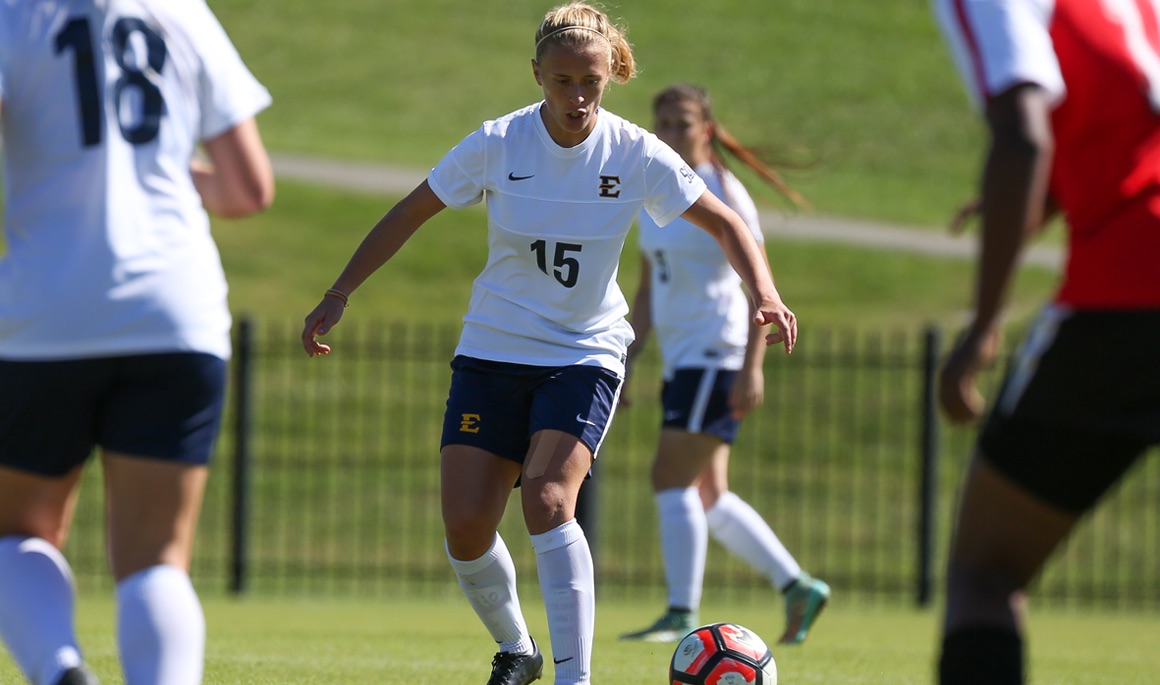 Cecilia Re to play in Italian Serie A

Former ETSU midfielder Cecilia Re (Busnago, Italy) has begun her professional career, signing a one-year contract with Mozzanica of the Italian Serie A this week.

Re spent four seasons with the Bucs from 2013-16 and holds program records for most games played and most games started. Re was an essential part of the team that made it to the SoCon Championship final in 2016, starting in all 21 games and totaling a team-high 1845 minutes.

“I’m very excited to be able to continue my soccer career at Mozzanica. I hope that I can contribute and help them be one of the top teams in the league next season,” Re said. “I had four great years at ETSU. It was an amazing experience, and I’m very thankful for everything everyone at the university has done for me.”

Mozzanica has been a strong contender in the top Italian league and finished fourth in the 2016-17 campaign.

“We’re really proud of Ce,” said ETSU head coach Adam Sayers. “She is a fantastic player, and I always thought she would continue her career at a very high level. She was a wonderful ambassador for ETSU, breaking the all-time record for appearances and games started. We wish Ce all the very best and look forward to following her career.”