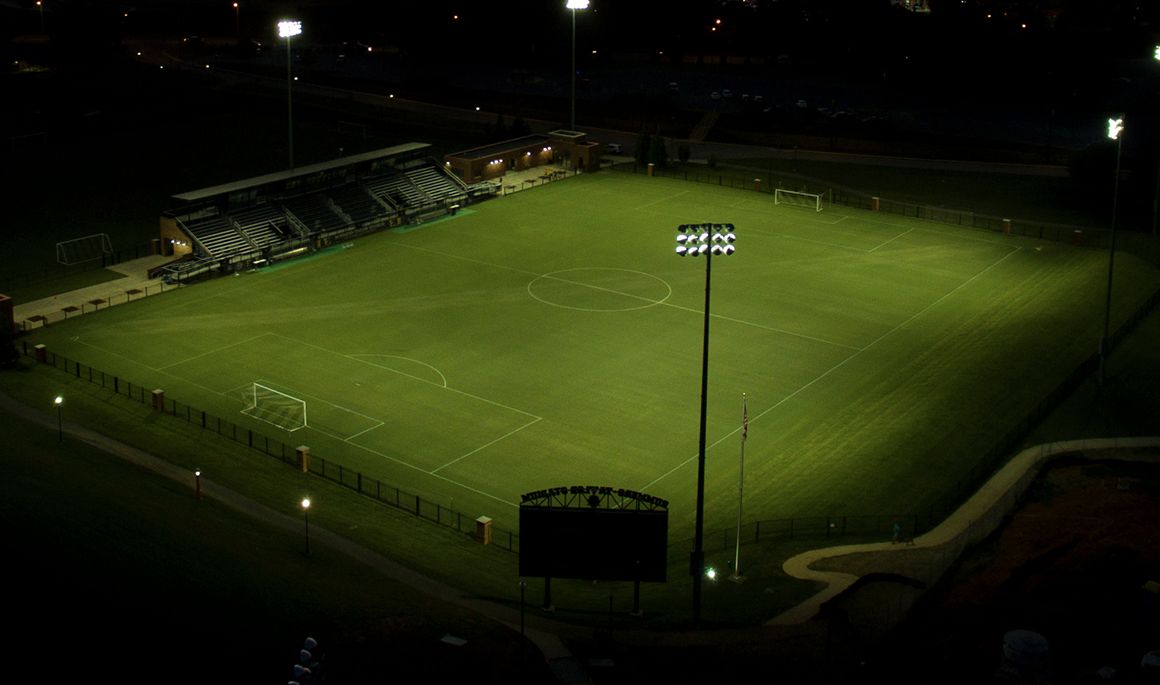 JOHNSON CITY, Tenn. (Aug. 17, 2017) – After coming up one goal short of its first-ever appearance in the NCAA Tournament in 2016, the ETSU women’s soccer team begins a new season Friday night. The Bucs host South Carolina State in a non-conference match at 7:00 pm at Summers-Taylor Stadium.

ETSU went 13-6-2 overall and 6-2-1 in the Southern Conference, finishing 2nd in the regular season standings. The Bucs were 10-1-0 at home, with the only setback a 2-1 decision to Samford in the SoCon Tournament Final. ETSU outscored its opponents 24-5 on its home pitch.

ETSU is 6-0 against South Carolina State in a series dating back to 2000, outscoring the Lady Bulldogs 43-2 along the way.

Their last meeting was at Oliver C. Dawson Stadium in Orangeburg, S.C. on September 18, 2016. The Bucs claimed a 7-0 victory.

Isabel Hodgson’s (Adelaide, Australia) goal at 19:48 staked the Bucs to a 1-0 lead at halftime. ETSU opened its lead to 3-0 lead early in the 2nd half on goals from Rachel Harbin (Arlington, Tenn.) and Molly Collinson less than six minutes apart. The Bucs took control later in the half with four goals in less than 12 minutes – two from Simona Koren and one apiece from Eleonora Goldoni (Ferrara, Italy) and Thomai Vardali. The Bucs outshot the Lady Bulldogs 22-8.

Friday will be their 5th meeting at Summers-Taylor Stadium. The Bucs outscored the Lady Bulldogs in the first four matches in Johnson City by a combined 31-2, including a 6-1 victory in the Lady Bulldogs’ last visit on August 31, 2014.

ETSU was picked to finish in a tie for 2nd in the SoCon, in the conference’s annual pre-season coaches’ poll released on August 10th.

South Carolina State is a charter member of the Mid-Eastern Athletic Conference, which does not sponsor women’s soccer. The Lady Bulldogs compete as an independent.

Seven matches into their 2016 season, ETSU stood at 3-3-1. The Bucs scored ten goals while allowing 11, and had two one-goal victories and two one-goal losses.

Then ETSU found its form, going 10-3-1 over its final 14 matches and outscoring their opponents 37-16. Home wins over Western Carolina and Mercer in the first two rounds of the Southern Conference Tournament lifted the Bucs to their first-ever appearance in the tournament final and a matchup with two-time defending champion Samford. The Bulldogs held on for a 2-1 decision, but the Bucs left the field looking to the future.

“The girls have a lot to be proud of this season and there are a lot of positives to take from this season into next season,” head coach Adam Sayers said after last year’s tournament final. “(I) couldn’t be prouder of the team and their performance this season. We couldn’t have asked any more from them. The future looks bright and we have a lot to build on.”

Junior F Eleonora Goldoni (Ferrara, Italy) and junior D Isabel Hodgson (Adelaide, Australia) were ETSU’s top two scorers a year ago. Goldoni’s 15 goals were the 2nd-most in a single season, her 33 points were 3rd-most, and she earned 1st Team All-SoCon honors. She is poised to wind up as one of ETSU’s most accomplished players -- she comes into 2017 ranked 8th in career points (37) and shots on goal (39), and 9th in goals (17).

Goldoni, Hodgson and junior D Emily McKerlie (Dumfries, Scotland) were named to the All-SoCon Pre-Season Team for 2017. McKerlie was a 1st Team honoree after last season.

The Bucs have lost a big chunk of their scoring from 2016. Irina Brutsch and Molly Collinson -- both 2nd Team All-SoCon honorees -- along with Simona Koren, Thomai Vardali and Georgia Allen, combined for nearly 45% of ETSU’s points.

But there’s no shortage of candidates to fill the void. Sophomore D Elena Pisani (Milano, Italy) (2 G) is back, along with a deep junior class including McKerlie (6A), M Rachel Harbin (Arlington, Tenn.) (1 G, 3 A), D Fiona Dodge (Pontypool, Wales) (3 A), D Pauline Vienne (Lausanne, Switzerland) (1 A), and D Victoria Riesterer (Stockholm, Sweden) (1 A).

In goal, junior Lea Ann Cutshall (Johnson City, Tenn.) takes over at the number one spot after sharing duties with Jasmine Elliott last year. Cutshall posted a 6-2-1 record with three shutouts and a .744 save percentage in 2016. Her 1.09 goals-against in 2016 was the 7th-best in a single season, and she begins her junior season as 6th-best in career wins (6) and shutouts (3).

ETSU will play eight non-conference matches before kicking off SoCon play. After the August 18 opener against South Carolina State, the Bucs will meet two of the top contenders in the Ohio Valley (Tennessee Tech, Eastern Kentucky) and Big South (Radford) conferences, a pair of Atlantic 10 foes (Davidson, George Mason), and two games against Power Five opponents – a visit to Tennessee on August 24 and a home date with Virginia Tech on September 7.