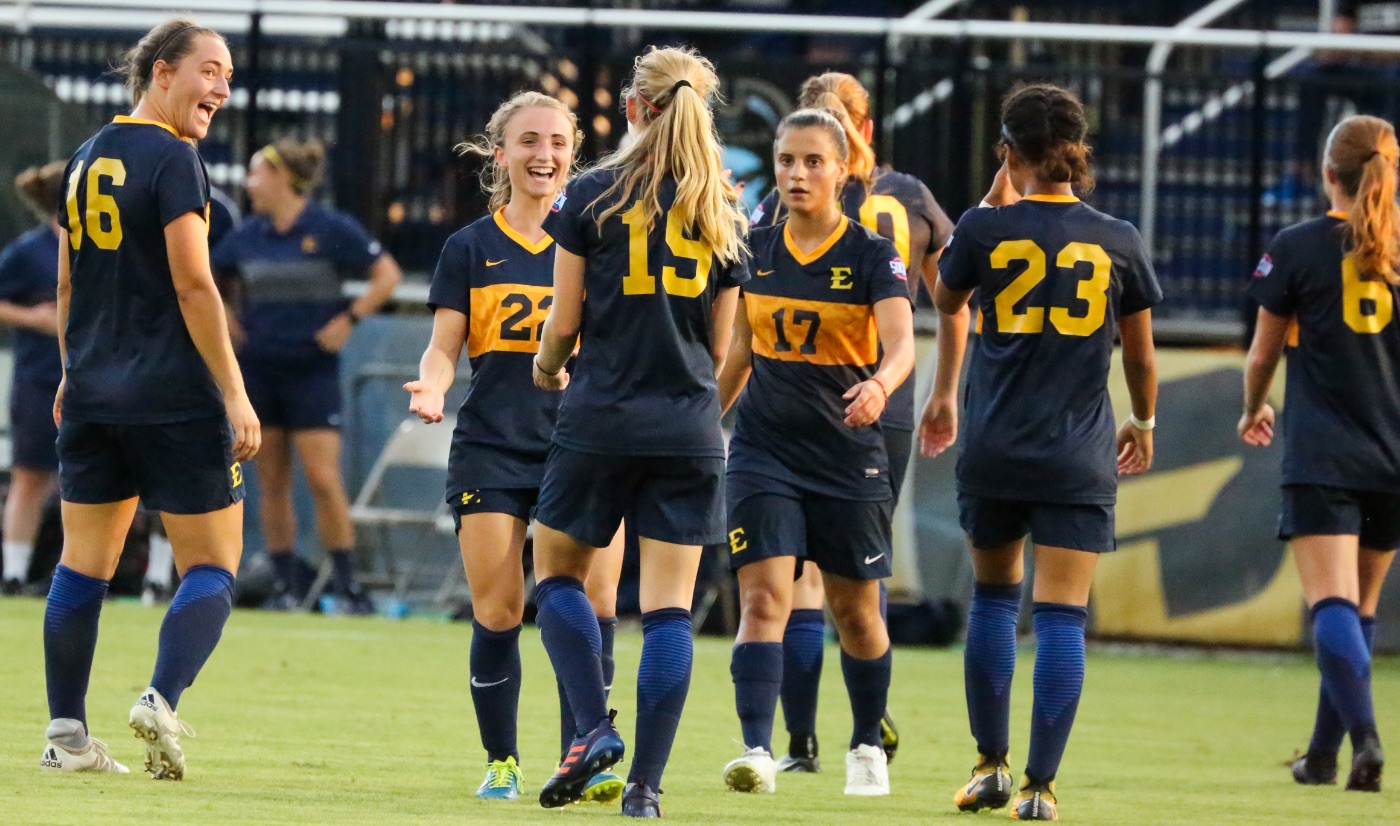 But ETSU used a goal at the horn at the end of the first half as a launching point to an 8-0 victory over non-conference foe South Carolina State in its regular season opener Friday night at Summers-Taylor Stadium.

Rachel Harbin (Arlington, Tenn.) opened the scoring with a pair of goals in the first 27 minutes.

Then, with time winding down, Pauline Vienne (Lausanne, Switzerland) lobbed a shot over the head the Lady Bulldogs’ goalkeeper just before the clock showed 00:00, giving the Bucs a 3-0 lead and setting the stage for a barrage of goals early in the second half that put the contest out of reach.

Eleonora Goldoni (Ferrara, Italy) found the back of the net off an assist from Vienne at 53:34. Vienne got her second goal, assisted by Maegan Sours (Erie, Colo.), barely more than a minute later. Goldoni set up Sours for another tally at 57:08. Goldoni tallied again, on another helper from Vienne, at 58:47 to put the Bucs ahead, 7-0.

Vienne buried her third goal of the night at 63:52 to close out the scoring.

The Bucs, picked second in the preseason SoCon coaches’ poll, had the clear advantage over the visitors. ETSU didn’t allow South Carolina State a shot until the second half, and out-shot the Lady Bulldogs, 30-4. ETSU’s goalkeeper Lea Ann Cutshall (Johnson City, Tenn.) was forced to only make one save in more than 74 minutes on the field.

Next up for the Bucs is another non-conference home match, against Tennessee Tech, Sunday night. Kickoff is scheduled for 7:00 pm at Summers-Taylor Stadium.