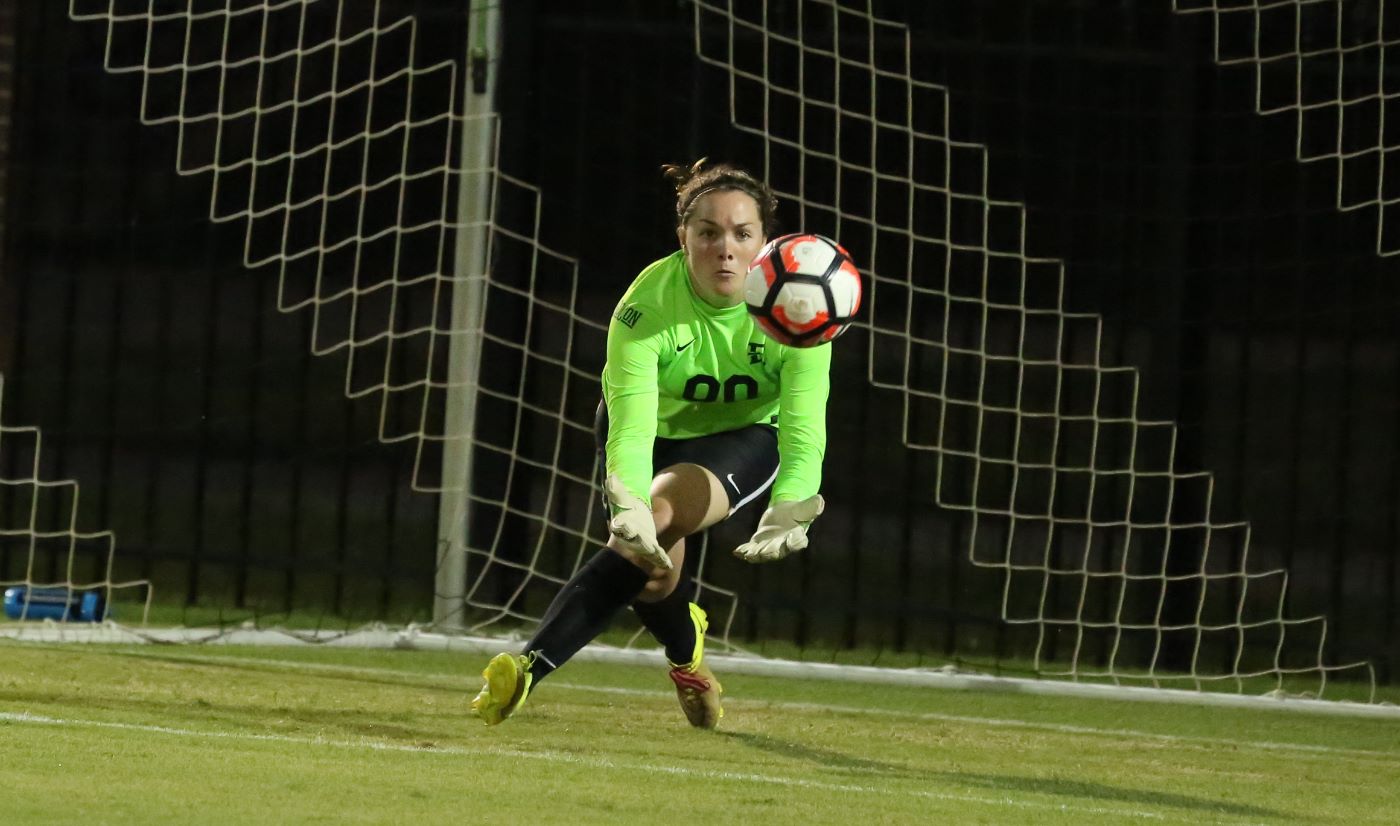 JOHNSON CITY, Tenn. (Aug. 20, 2017) – Despite fighting off 22 shots from the opposition, ETSU dropped its first game of the season at Summers Taylor Stadium Sunday night, falling to Tennessee Tech 1-0.

Junior goalkeeper Lea Ann Cutshall (Johnson City, Tenn.) had her hands full between the pipes, recording 10 saves. The one goal she allowed came early in the second period off a turnaround shot by Tennessee Tech’s Nora Vicsek from 15 yards away.

ETSU outshot 23-14 in the game, but turned in a better efficiency rating with eight shots on target. The Bucs also had four of six shots on goal in the first half.

Leading the charge for the Bucs were forwards Pauline Vienne (Lausanne, Switzerland) and Eleonora Goldoni (Ferrara, Italy), who finished with four shots each. Vienne pressured the Golden Eagles with three shots on goal, while Goldoni turned in two.

With the loss, the Bucs fall to 1-1 on the season. The win for Tennessee Tech marks its first of the season, as they improve to 1-1.

The Bucs will travel for the first time this regular season against Tennessee August 24. Kickoff from Knoxville will take place at 7 p.m.

The team then returns home August 27 for a match against Davidson at 2 p.m. inside Summers Taylor Stadium.