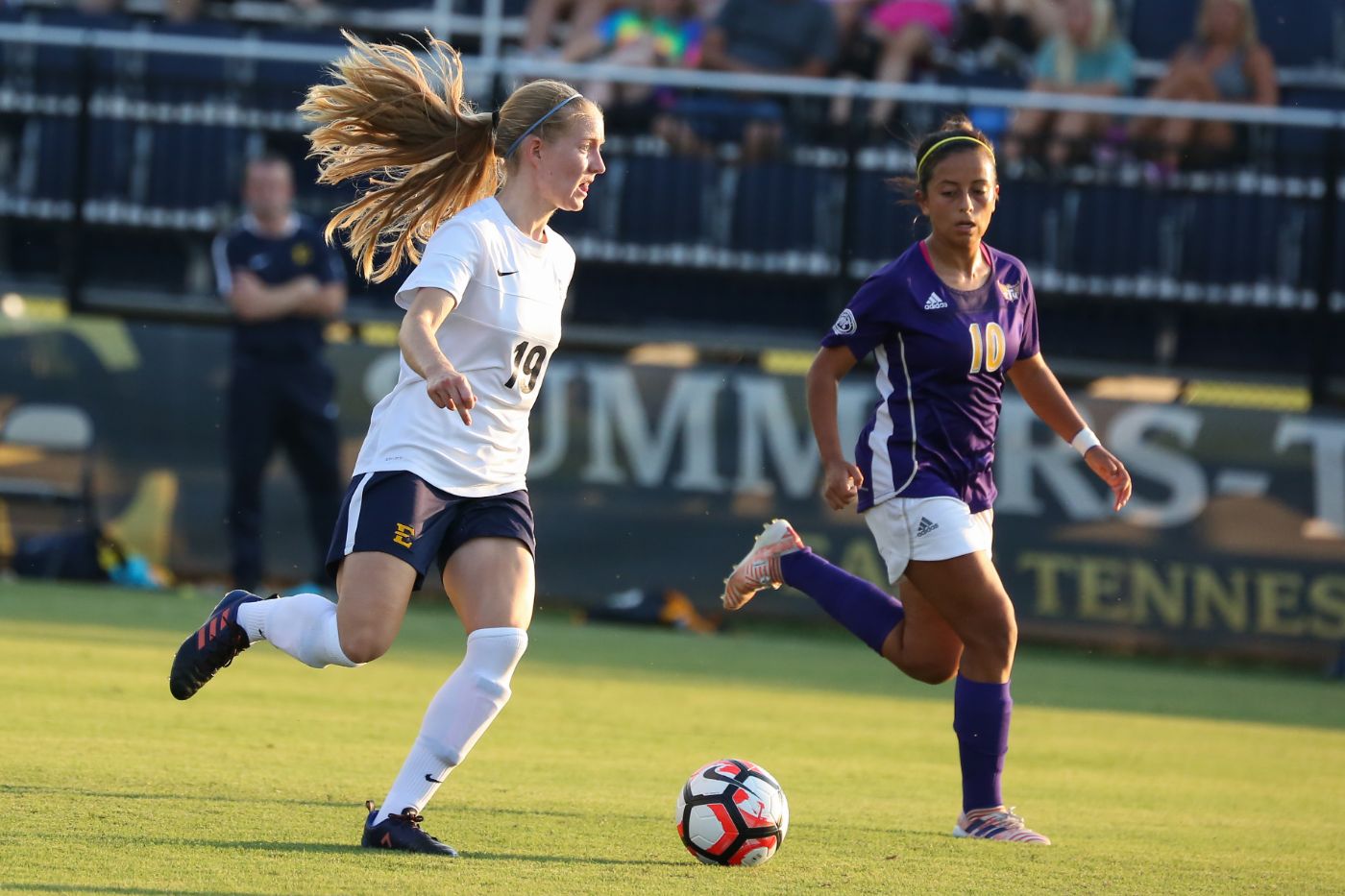 JOHNSON CITY, Tenn. (Aug. 24, 2017) – The ETSU women’s soccer team gave in-state rival Tennessee an early scare but would ultimately come up on the wrong end of a 6-1 decision Thursday night in Knoxville.

Just 16 minutes into the game, ETSU junior forward Pauline Vienne (Lausanne, Switzerland) would find the net on an unassisted shot from 17 yards out to put the Blue and Gold up 1-0 early. The goal was Vienne’s fourth goal in three games for the Bucs.

That lead would not last long, however, as Tennessee’s Rylie O’Keefe would head a long distance pass into the net for the equalizer 32 seconds later. The Vols would not look back, adding three more goals in the first half.

The Bucs would not give up in the second half, holding Tennessee to two goals in the latter part of the game. The Vols, who remained undefeated with a 3-0 record, finished with 25 shots and 16 shots on goal, while ETSU managed six shots with two on goal.

The Bucs, who are now 1-2 on the season, will look to get back in the win column as they return home to Summers Taylor Stadium August 27 to host Davidson. Kickoff is set for 2 p.m.