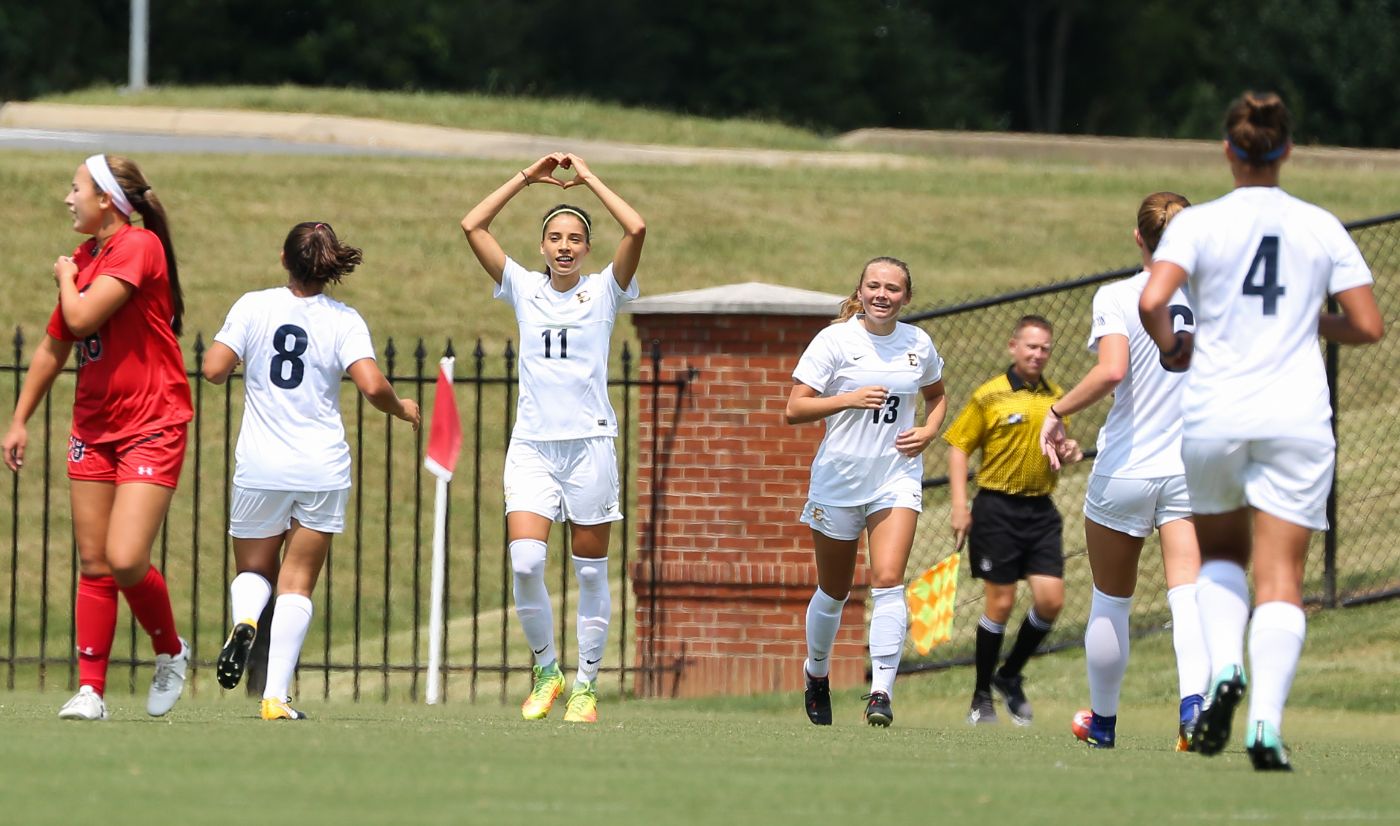 JOHNSON CITY, Tenn. (August 27, 2017) – With its schedule poised to give it a nine-day break between games, ETSU’s women’s soccer team gave their home fans something to remember, as the Bucs downed Davidson 2-0 in an entertaining, back-and-forth non-conference match Sunday afternoon at Summers-Taylor Stadium.

Eleanora Goldoni (Ferrara, Italy) scored both goals for the Bucs – her third and fourth of the season -- including the clincher at 83:35.

“The goals don’t come from only one player,” Goldoni said. “We did the job together. It was teamwork. We kept pushing until the last minute, and it was a good job.”

Goldoni tallied her first goal, off an assist from Maegan Sours (Erie, Colo.), less than six minutes into the match.

“It was a hard game,” said Rachel Harbin (Arlington, Tenn.), who assisted on Goldoni’s second goal. “It was a hard game, but the games like this, where you have to fight for it and it doesn’t just come easy, it’s more satisfying.”

Sunday’s victory improved the Bucs to 2-2-0 this season. It was ETSU’s second win all-time in ten matches against Davidson -- a former rival in the Southern Conference. The two sides met as SoCon foes every season between 1997 and 2004, but didn’t play against each other again until starting a non-league series last year. Sunday was ETSU’s first over the Wildcats since October 30, 2003.

The end-to-end play yielded scoring chances for both sides – who combined for 34 shots – with ETSU keeper Lea Ann Cutshall (Johnson City, Tenn.) thwarting the Wildcats at every turn. The junior recorded 13 saves in posting her fourth career shutout, moving her alone into fifth all-time in program history.

“It was a very hard-fought game. Davidson was very organized and very hard-working, so we knew it would be tough to break them down,” said ETSU head coach Adam Sayers. “We had a specific game plan coming in and the ladies executed it brilliantly.”

The Bucs now face a nine-day break before returning to the pitch on September 5th at Radford.

“Obviously, we’ll train throughout that period, but give the player a well-earned rest,” Sayers said. “We’ve been going at it since August 1. We’ll make good use of the time.”