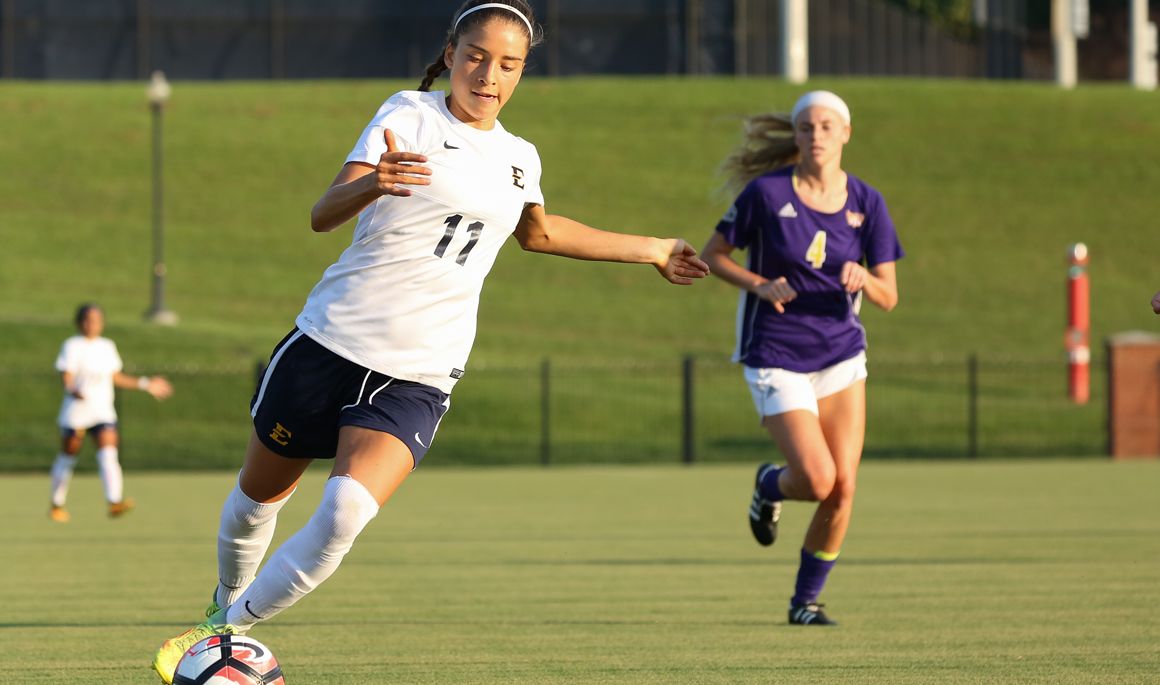 Southern Conference women’s soccer teams haven’t had much success against Radford this season.

The Highlanders shut out Chattanooga, 2-0, on August 25th. One week later, they won at Wofford, 6-3.

The Bucs’ goal came from Eleonora Goldoni (Ferrara, Italy) at the 50:29 mark of the 2nd half. Off an assist from Kourtney Gaylord (Mooresville, N.C.), Goldoni powered through the penalty area and beat Highlander goalkeeper Lexi Dean to tie the score at 1-1. It was Goldoni’s fifth goal of the season, moving her to second place in the SoCon.

Radford’s Jessica Wollman scored her second goal of the match, at 56:41, to break the tie. The Highlanders (5-0-0) added goals from Jasmine Casarez at 82:14 and Nelia Perez at 86:23 to close out the scoring.

The Bucs (2-3-0) pressed Dean throughout the match, forcing her to make seven saves. The Bucs also just missed at 20:51 of the 1st half, when a shot by Pauline Vienne (Lausanne, Switzerland) bounced off the post. In the 2nd half, Fiona Dodge (Pontypool, Wales) put a header over the crossbar, off a corner kick from Emily McKerlie (Dumfries, Scotland) at 64:35.