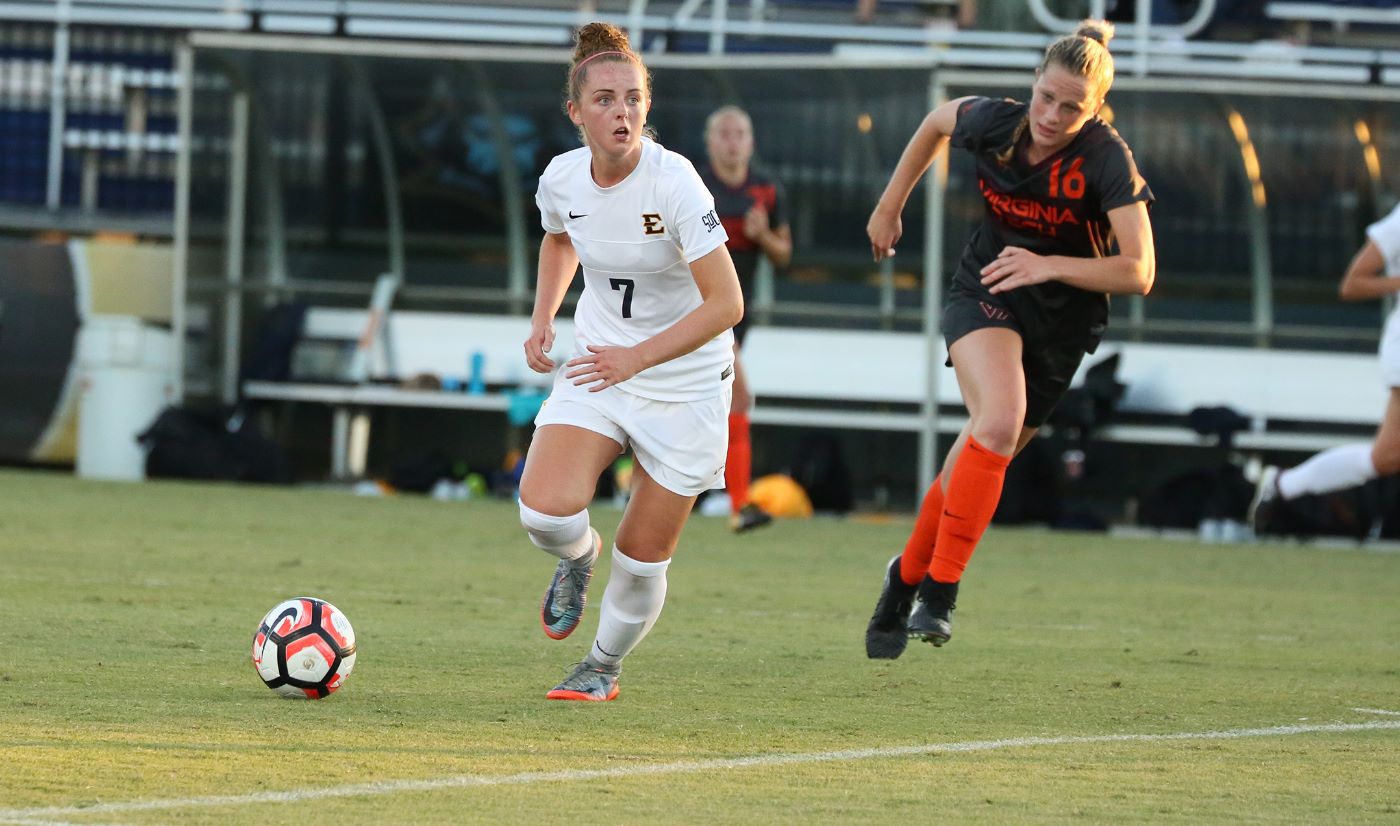 JOHNSON CITY, Tenn. (Sept. 7, 2017) – In many ways, the ETSU women’s soccer team’s match against Virginia Tech on Thursday night was a “game of firsts.”

It was the first time the Hokies had played the Bucs at Summers-Taylor Stadium.

It was also the first goal the stingy Hokies defense – which came into play 6th in the nation in goals-against average -- had allowed in 483 minutes of play.

But a late surge pushed the Hokies past the Bucs, 3-1, on a crisp, autumn-like night in Johnson City, Tenn.

Rees gave the Bucs a 1-0 lead when she powered in a rebound off a shot by Eleonora Goldoni (Ferrara, Italy) in the 38th minute. Not only was it Rees’ first career goal, it came on just her second career shot.

The score held at 1-1 until the Hokies scored twice in a seven-minute span in the 2nd half, on goals from Mikayla Mance in the 67th minute and Allyson Brown in the 75th.

Up next for ETSU is a non-conference match at Eastern Kentucky on Tuesday, September 12th. Kickoff is scheduled for 5:00 pm.