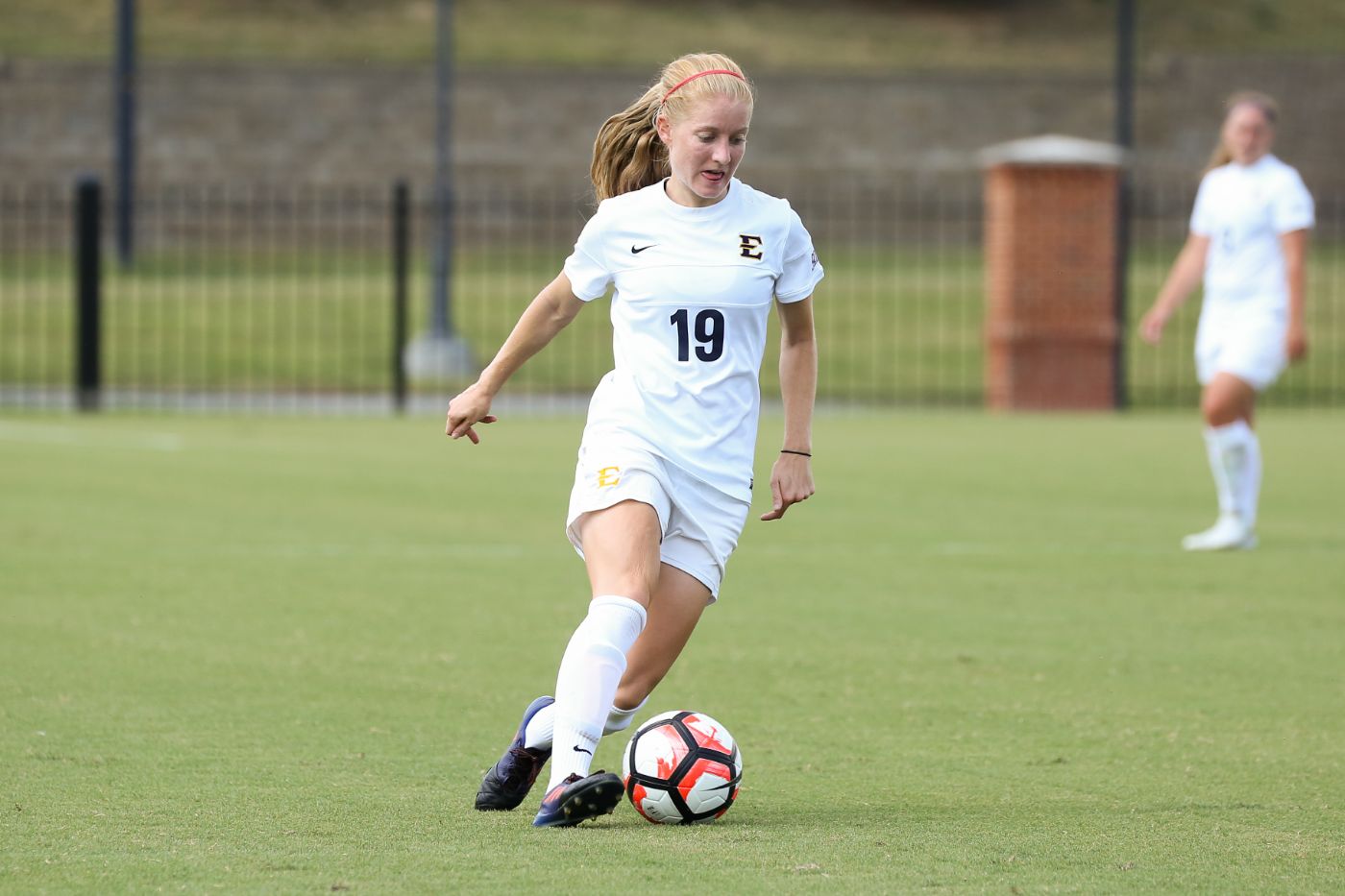 JOHNSON CITY, Tenn. (September 11, 2017) – Junior defender Pauline Vienne (Lausanne, Switzerland) has made her mark with a breakout 2017 season so far for ETSU, and will now have an opportunity to make an impact on an international level.

Vienne has been selected to represent the Switzerland national team in its upcoming World Cup qualifying matches, which are set for Sept. 15 at Albania and Sept. 19 at home against Poland.

“It’s a huge honor for me to be able to represent my country at the highest level,” Vienne said. “It has always been an objective of mine, and I knew it was going to be a challenge to reach it while playing at ETSU. I wanted to settle in first and focus on becoming an important part of the team.

“For the past two years, the coaching staff and the players have pushed me to become the best player I can be, and I credit them for receiving this opportunity. I will play for them and for the school, and I’ll give my all to represent ETSU in the best way possible.”

The junior from Lausanne, Switzerland has competed in 37 career games for the Bucs with 35 starts, most of which came in a defender role. This season, Vienne has made her impact as an attacker as she is currently second on the team in goals with four and leads the Bucs with three assists.

“We are extremely proud of Pauline, as we are of all of our players -- past and present -- who have represented their national teams in international competition,” said ETSU head coach Adam Sayers. "Pauline is a fantastic player and is very dedicated to both her soccer and academic pursuits. She thoroughly deserves this opportunity. We wish her all the very best.”