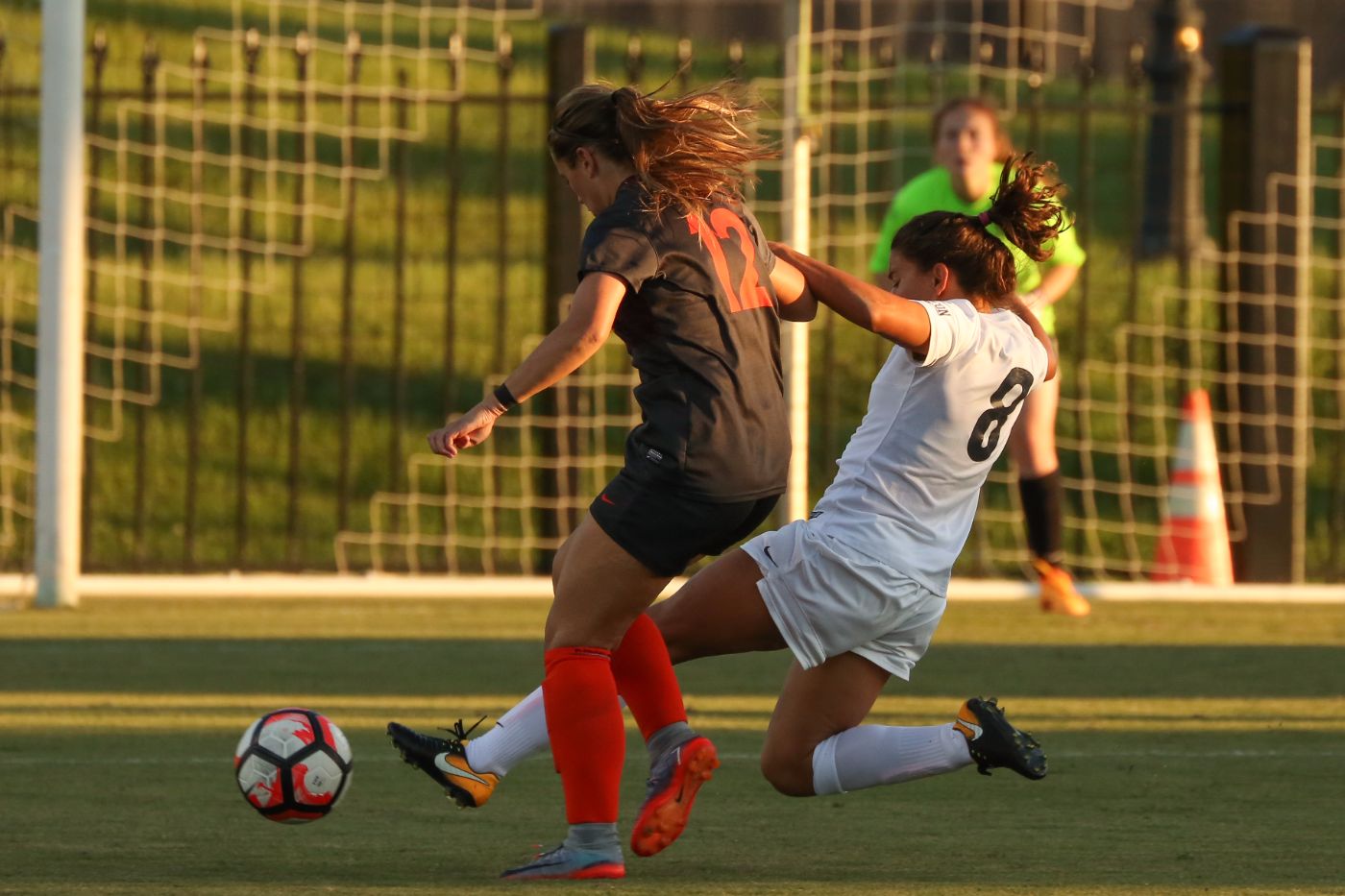 RICHMOND, Ky. (Sept. 12, 2017) -- Playing without two key members of its starting lineup, ETSU’s women’s soccer team fell behind early and dropped a 3-1 decision at Eastern Kentucky in a non-conference match on Tuesday evening at EKU Soccer Field in Richmond, Ky.

Vienne is back in her native Switzerland, preparing to play for her national team in World Cup qualifiers at Albania (September 15) and against Poland (September 19).

ETSU got back into the match early in the 2nd half. Eleonora Goldoni (Ferrara, Italy) pulled the Bucs within 2-1 when she netted a header off a cross from Fiona Dodge (Pontypool, Wales) at 52:27.

It was Goldoni’s team-best 6th goal of the season and the 23rd of her career. She needs two more to move past Simona Koren for 6th on ETSU’s all-time list.

Goldoni attempted two shots on goal Tuesday, the first of which – at 16:52 – was the 55th of her career, moving her past Kelly Brinkman into 5th all-time.

The Bucs fired seven more shots over the remainder of the 2nd half after Goldoni’s goal but couldn’t get the equalizer, and Emmi Carroll’s eight-yarder at 86:31 made the score 3-1 and gave Eastern Kentucky its final margin.

Maegan Sours (Erie, Colo.) pressed EKU keeper Anna Hall with two shots on a goal in a seven-minute span midway through the 1st half, but came away empty-handed. Emily McKerlie (Dumfries, Scotland) and Michaela Daniels (Charlotte, N.C.) each tested Hall within two minutes of each other late in the game, with the same result.

Tuesday was just the second all-time meeting between the Bucs and Colonels. The first was on September 2, 2015, won 4-2 by ETSU at Summers-Taylor Stadium.

Up next for the Bucs is the final non-conference match of 2017 – a visit to George Mason on Friday, September 15. Kickoff is at 7:00 pm in Fairfax, Va.